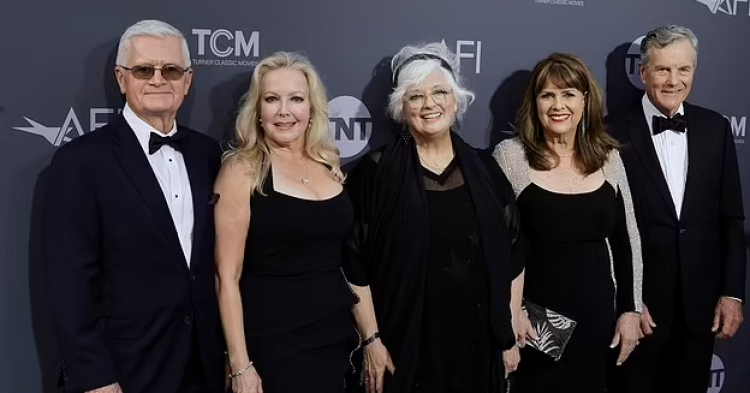 The Sound of Music was released to much fanfare fifty-seven years ago – and now the film’s star, Julie Andrews, is being honored with the highest honor for a career in film by the American Film Institute. The 48th AFI Life Achievement Award Gala Tribute gave Julie Andrews the recognition she deserved on Thursday, June 9, 2022, at the Dolby Theater in Los Angeles – and all the child actors who played the von Trapp kids reunited to honor their costar as part of the terrific celebration.

When the film was released in 1965, it was a big hit. Julie Andrews was nominated for an Academy Award for Best Actress for her role as Maria in the classic film. The film ended up receiving ten Academy Award nominations at the time. She since went on to have a massively prolific film and television career that has spanned decades and continues to bring joy to people across the world. 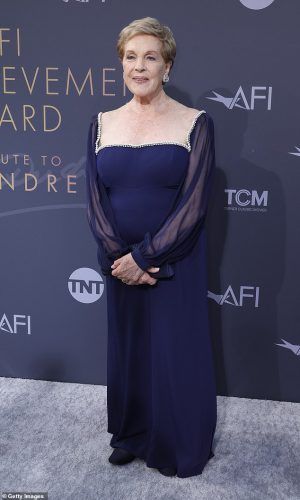 Five of the seven von Trapp children were able to attend the award celebration in honor of Andrews. The five children were also able to hit the red carpet ahead of the event and wore black and white to match each other. It was almost as if they were rehashing their roles in the classic musical.

The former child actors showed up at the gala wearing their best clothing in black and white. They wanted to put on a good show in support of Andrews, who helped their film become such a massive success over the decades.

“Julie Andrews has sent spirits soaring across generations,” said Bob Gazzale, AFI President and CEO. “This new date for her AFI Tribute enriches our anticipation to celebrate her in a manner worthy at a time the world needs it most.”

The AFI Life Achievement Award is the highest honor that can be given to a career in film. The award has been around since 1973, when it was first given to James Cagney. Some of the most prolific actors and actresses have received this award, including Meryl Streep, Clint Eastwood, Tom Hanks, Steven Spielberg, and many others.

It is clear that Julie Andrews deserves this award for her prolific career in film. She has brought joy to people across the world with her films and movies.