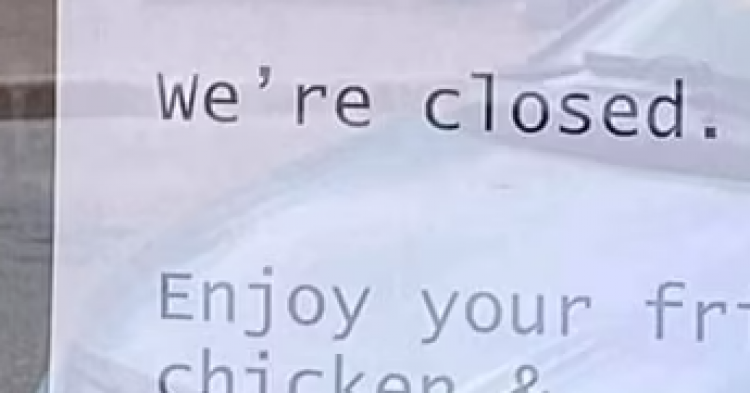 Harry E. Reed Insurance Inc. in Millinocket, Maine, will never see the same sort of business now that it has posted its racist message in time for Juneteenth. The insurance company decided to create and post a racist sign that it posted on its door Monday, June 20, 2022, in honor of the new federal holiday that celebrates the freeing of the slaves in the American South. 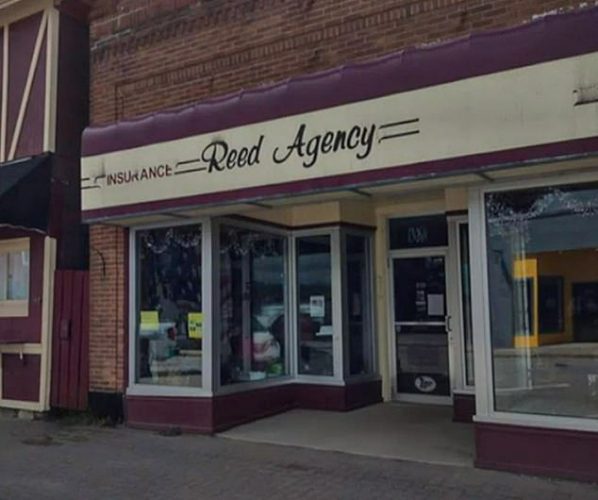 A local saw the shocking message and snapped a photo of it to share with friends and followers on Facebook. When people began seeing what the insurance company had written regarding its business closure for the new federal holiday, they responded with outrage and shock. People were confused why this white-owned business was posting aggressively racist messages on their storefront. 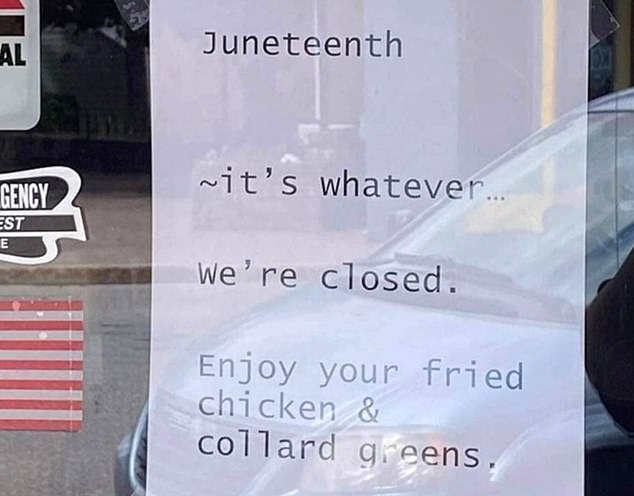 After the sign went viral on Facebook, people began turning to the insurance company’s Yelp page to leave their feedback. The company has now been slapped with so many one-star reviews that they’re likely not going to be able to get any business in the near future – especially from people who do not like racist ideas.

Harry E. Reed Insurance Inc. was an affiliate of Progressive Insurance. The national insurance company has since terminated its agreement with Reed Insurance because it saw and reviewed the racist sign posted in the window. 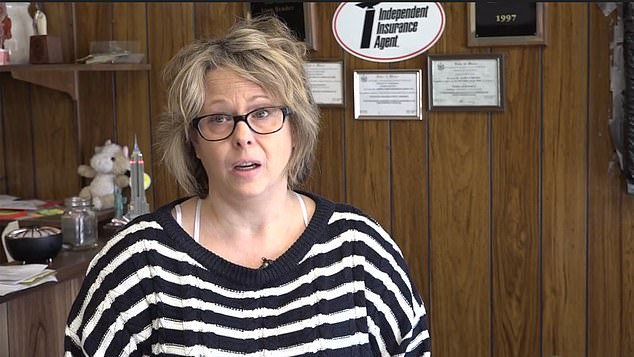 The person responsible for the racist Juneteenth sign is employee Melanie Higgins. She confessed to a local Maine newspaper that she had created the sign. Although she insisted that she was not trying to be racist – only “snarky” – she failed to defend herself from the onslaught of critics.

“It says they offer umbrella insurance. I think they’re going to need a bigger umbrella,” a commenter wrote on the original post.

The racist sign gained so much traction online that the chair of the Millinocket Town Council, Steve Golieb, took it upon himself to release a statement condemning Higgins’s sign as well as casting blame on the local insurance company for allowing the racist sign to be posted in the first place.

“It is deeply saddening, disgraceful, and unacceptable for any person, business, or organization to attempt to make light of Juneteenth and what it represents for millions of slaves and their living descendants,” wrote Golieb, “There is no place in the Town of Millinocket for such a blatant disregard of human decency.” 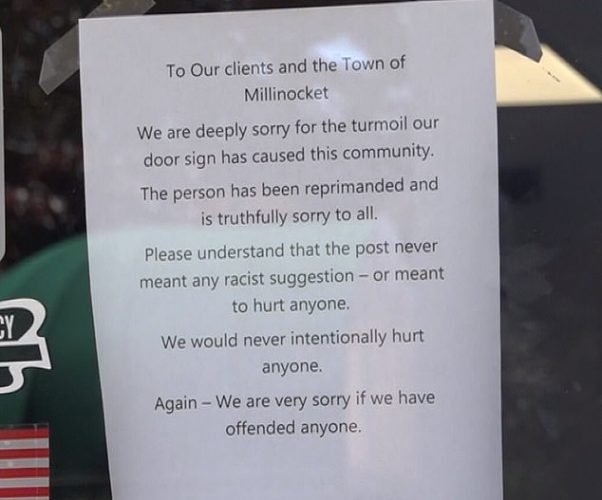 A spokesperson for Progressive Insurance also denounced the Maine insurance company for posting the racist sign on its storefront.

“We’re aware and appalled by the sign recently posted at the Harry E Reed Agency and are terminating our relationship with the agency,” wrote spokesman Jeff Sibel. “The sign is in direct violation of that commitment and doesn’t align with our company’s Core Values and Code of Conduct.”

Meanwhile, Higgins insists she doesn’t have a racist bone in her body.

“I am not a racist person whatsoever,” Higgins said. Herm other owns Reed Insurance. “I am truly, truly, sorry that it even remotely came out that way.”