The Couple Who Bragged About Buying All The Meat At The Store Are Now Getting Death Threats : AWM 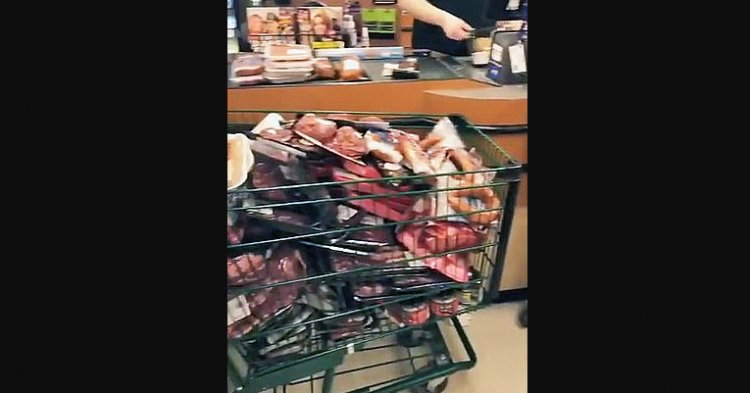 Americans are terrified right now. Because COVID-19 threatens baby boomers and the elderly, people are eager to stay indoors and protect themselves. However, there are people who continue to go out to stores and buy as much as they possibly can to ensure that they’re capable of living in lockdown for a long time. These panic buyers, like Dan Marcotte and his girlfriend, are causing a lot of people to get angry because they’re buying more than their fair share and not leaving enough for the rest of the people in their town.

Marcotte is Canadian. And because he “bragged” about buying the supermarket’s entire supply of meat – even the livers and chicken feet – he is now receiving death threats from America’s “friendly” neighbors up north. 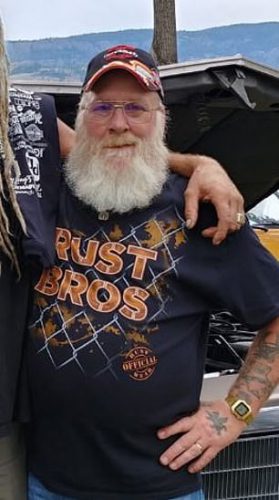 Another customer, Taylor Born, caught Marcotte and his girlfriend stockpiling on all the meat products at Save On Foods in Lake County last weekend – and the video quickly went viral first in Canada and then in the rest of the world. But Marcotte is not the only person buying entire supplies of goods during the panic buying from COVID-19. But he certainly did not do the people in his town any justice.

Marcotte was caught on camera with two grocery carts full to the brim with meat products. Not only were Marcotte and his girlfriend panic buying, but the older couple were also aggressive and confrontational as they fought to grab the last package of meat.

Born said that Marcotte’s girlfriend “ran in front of other customers, cutting them off to take every last item.”

When they had all the meat products in the grocery store, Marcotte and his girlfriend “bragged” about leaving “nothing left for anyone to get.”

Marcotte has since spoken about his panic buying and said that if people knew him, they’d know he is always in a panic. 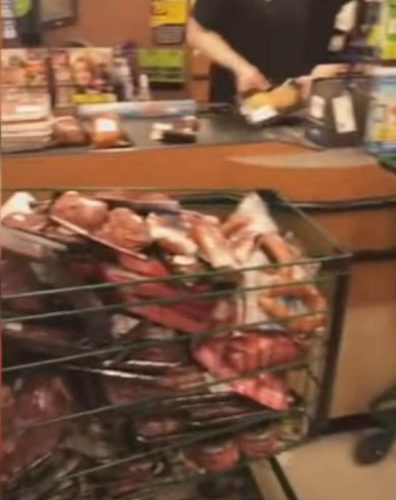 “Everybody knows who I am because I put myself out there (now) I’m getting death threats, and I don’t answer the phone, so I’m losing business. My own mother is ashamed of me,” Marcotte told the news site, Vancouver Is Awesome.

Since getting caught being selfish, Marcotte admitted it was a “mistake” and has donated $1,000 to Lake County Food Bank to help people who might not be able to buy a supermarket’s entire supply of meat products amid the COVID-19 pandemic.

“If me and my girlfriend had done this two months ago nobody would say a bloody word. We’re getting crucified for buying two carts of meat. We might have gone overboard, but we didn’t push people or laugh at anyone. I’m not feeling safe, and me and my girlfriend are scared.”

Because Marcotte’s true nature was caught on film, Canadians are now issuing death threats to him and his girlfriend. But he wishes people would forgive him.

The video has since been deleted from Facebook. Save On Foods has since announced limitations on quantities that customers are allowed to buy for certain goods. People like Marcotte will no longer be allowed to buy the entire supply and leave other people without.