The Crowd’s Reaction When They Removed General Robert E. Lee’s Statue Caught Many By Surprise 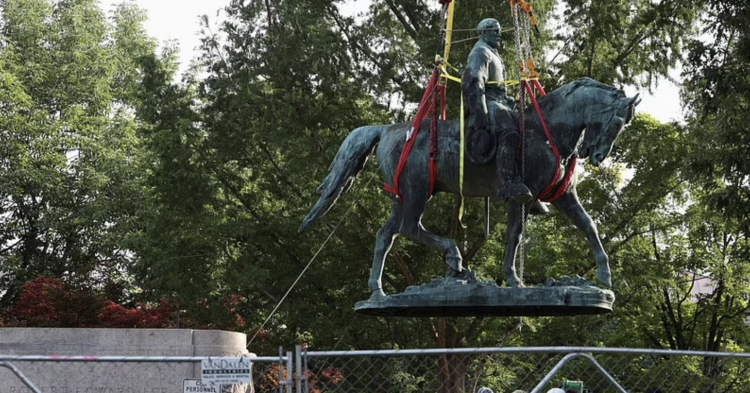 Four years after the white supremacist rally in Charlottesville, Virginia, the city finally took the initiative to remove states of Confederate war heroes. Workers tore down statues of Confederate Generals Robert E. Lee and Thomas ‘Stonewall’ Jackson, but at the same time, the city council was gathered to vote on the removal of another statue – one depicting the explorers Merriwether Lewis, William Clark, and Sacagawea.

Because the work crews were already removing the Confederate statues, they took their equipment, which included a crane, over to the Lewis & Clark and Sacagawea statue to strip it off the Virginia land. The workers had not set out that day with the plan to remove the statue of the explorers but did so on the order of the city council, which held an emergency vote with twenty-minutes notice. 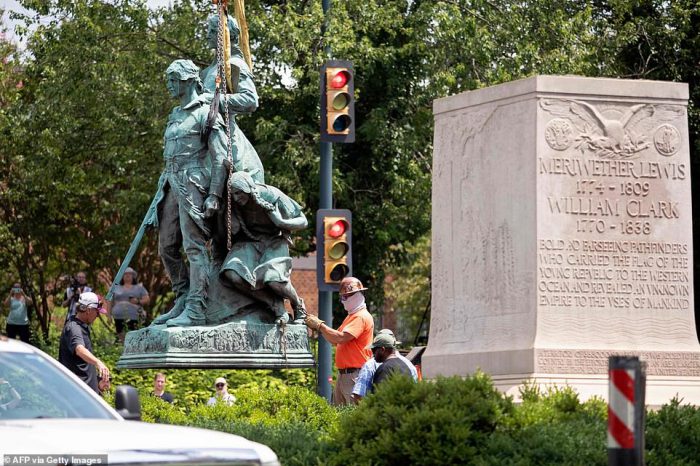 The state of Lewis and Clark was installed in Charlottesville more than one hundred years ago in 1919. In the statue, Native American guide Sacagawea was depicted crouched down before the white explorers, a position that people felt was demeaning to her. One descendant of Sacagawea found her depiction in the statue to be an insult to her legacy.

“I feel that it’s entirely offensive, and it should be obliterated,” said Rose Ann Abrahamson, a Sacagawea descendant, at the emergency council meeting, according to the Daily Progress. “I feel that it should just be melted down.” 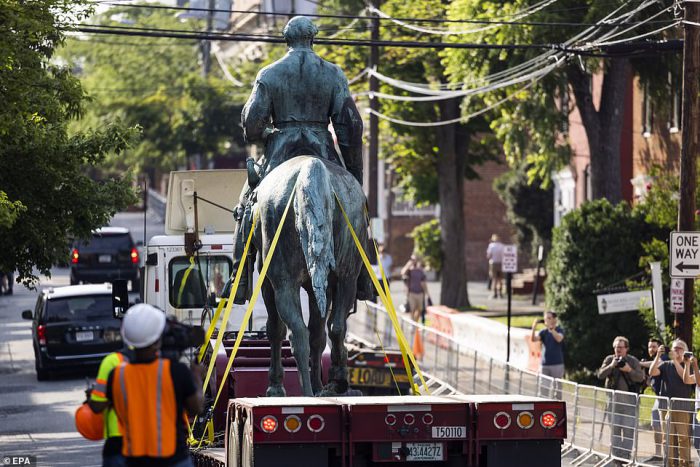 Back in 2016, the country felt pressure to remove Confederate statues across the nation. The push toward racial equality sparked conservatives to gather as part of the white nationalist Unite The Right rally, which was held in Charlottesville back in August 2017.

The event will be remembered in infamy because white nationalist James Fields used his car to run down and kill a young woman. He was sentenced to life in prison for the murder of counter-protester Heather Heyer when the judge slammed the gavel down during his June 2019 court hearing. 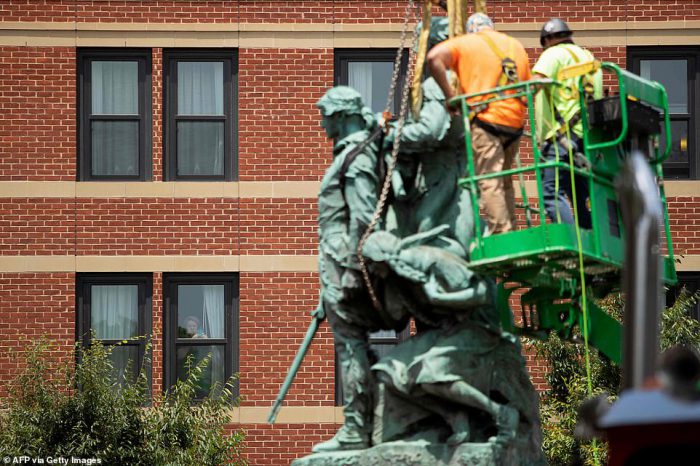 Charlottesville managed to keep the statues of the Confederate leaders up for so long because conservatives tied up their removal in a lengthy court battle. However, locals felt that the city had waited long enough.

“As long as the statues remain standing in our downtown public spaces, they signal that our community tolerated white supremacy and the Lost Cause these generals fought for,” the coalition called Take ‘Em Down Cville said. 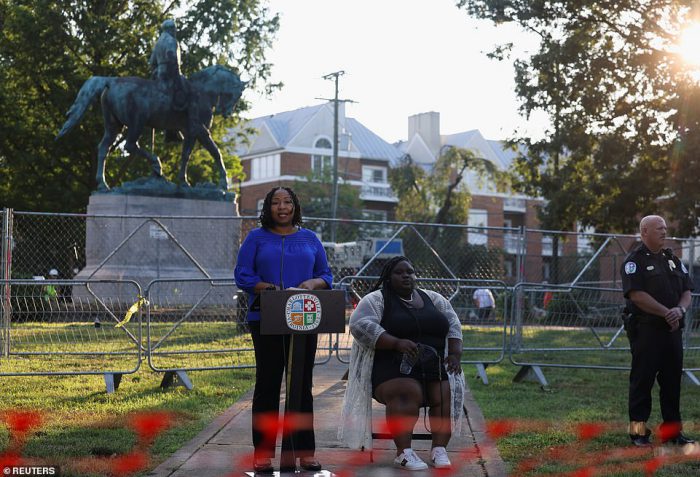 “To the young people out there, I hope that this empowers you to speak up on the issues that matter and to take charge in your own cities and communities,” Bryant said to the crowd gathered to see the statues removed. “No platform for white supremacy. No platform for racism. And no platform for hate.” 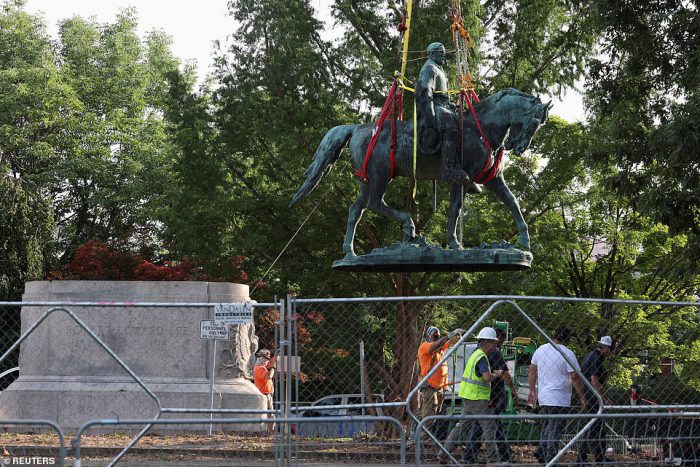 Do you think it was right for Charlottesville to remove the statues of Confederate leaders as well as the statue of Lewis and Clark?