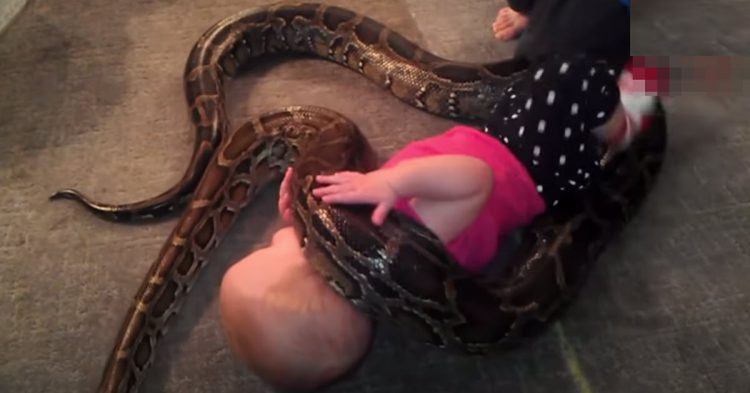 Every pet owner delights in watching their pet get along with their children. There’s nothing quite like having your dog and child play together for hours on end. Not only does it exercise both of them, but it also builds a strong bond between the two that will last the child’s lifetime and serve as a foundation of strong family memories. But when a dad allowed his toddler-aged daughter to play with a massive python, he soon found himself on the receiving end of an ample amount of criticism.

Dad did not care that people did not like him, allowing his 13-foot Burmese python to play with his 14-month-old daughter. The snake, named Nay-Nay, had a great time “playing” with the owner’s daughter. Because the owner, Jamie Guarino, raised the snake from the time it was minuscule to now when it is massive. Footage of the snake wrapping around his toddler daughter has gone viral because the snake could kill his daughter with a simple maneuver if it so desired. 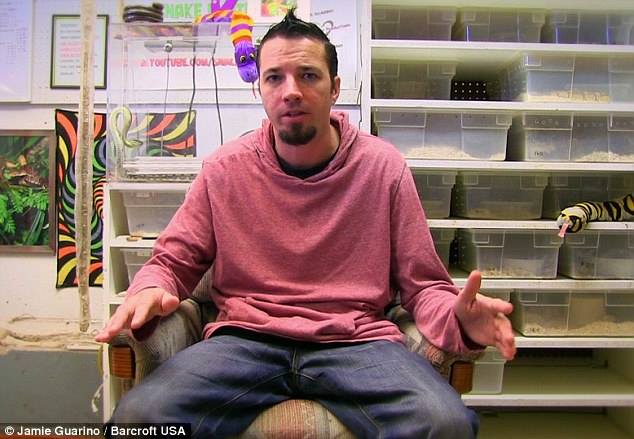 Because Jamie was not worried about the safety of his daughter Alyssa, he encouraged the snake to wrap its muscular body around the little girl. Footage of this was shared with Barcroft TV and has since gone viral thousands of times over. People are engaged with the content because it seems as though Jamie is putting his daughter’s life in jeopardy simply so he can get a few hits online and create content that amazes people. But is that worth the life of his daughter?

WLOX-TV shared the following update on Facebook expressing their alarm at Jamie putting his daughter’s life in danger. 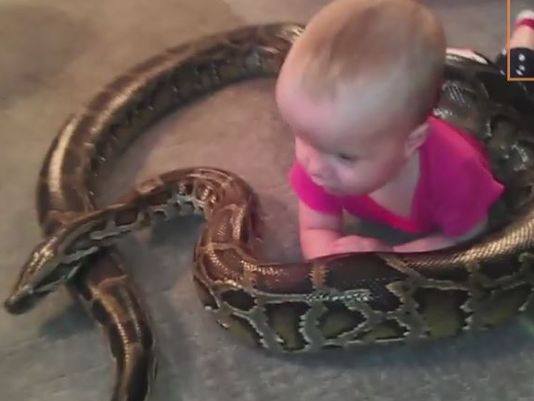 “Baby plays with a snake!” WLOX-TV wrote on Facebook. “A father stirred up a firestorm of controversy after he let his baby play with a nine-foot-long Burmese python. The dad says his children’s safety comes first, and he would never let anything happen to them. Do you think the father is irresponsible?”

Jamie Guarino has built his career around snakes. He is what is known in the industry as a pro snake handler. He also claims to have the talent that makes him become a “snake charmer.” These individuals seemingly possess magical powers over snakes. The role of a snake charmer is to trick an audience into thinking they have hypnotized a snake. They use a device known as a pungi and also perform other seemingly dangerous acts like handling large snakes. 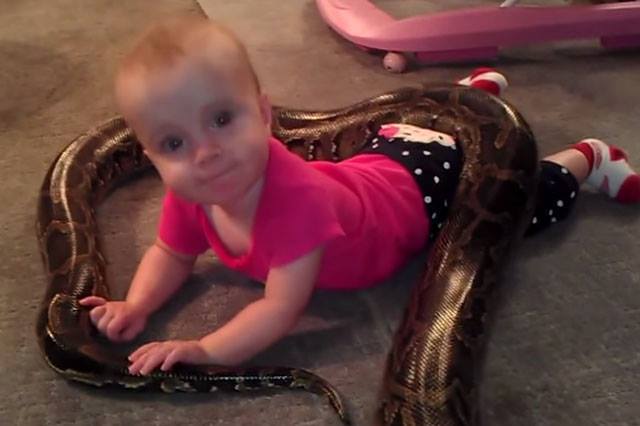 Although the video was largely ill-received, Jamie Guarino was shocked. He said:

“When people see this clip, they mostly react with fear or negativity. And I don’t understand why. This is an embedded fear, and I think people are brainwashed,” he said. “To those of you who might see this video as irresponsible or dangerous, please take a minute. Don’t judge based on fear or something you don’t understand. Snakes can be, and are, loving animals.”

Although Jamie does not feel that his daughter’s life was in danger when she played with his 13-foot Burmese python, the world was enraged. What do you think about this footage? Dangerous or not?