The Doctor Has Seen Thousands Of Ultrasounds, But None Have Made Him Scream Until Now : AWM

When an unwed pregnant teen went to get a routine checkup, she sat back and tried to relax as the ultrasound technician rubbed warm jelly on her belly and booted up the machine that was going to take a look at her insides. The 17-year-old girl, Iyanna Carrington, was simply undergoing a routine week 24 ultrasound exam to reveal the sex of the baby when the technician saw something “beautiful.”

Amazed at what was on the ultrasound screen, the technician drew the pregnant teen to the screen to have a look for herself. But instead of being cast into a state of awe, Carrington found her heart racing and her palms sweating. She started praying out loud because what she saw on the screen did not look “beautiful” to her but was evidence that she was growing a “devil baby” within her uterus.

The ultrasound experience left the unwed teen “scared” about what was inside her. Because the fetus revealed a bizarre “grin” and seemed to be opening its eyes wide in a terrorizing face, Carrington would leave the office with the nightmarish image playing through her imagination on repeat. And she could not get it out of her head that the baby’s father, Raleek, had impregnated her with a devil being. 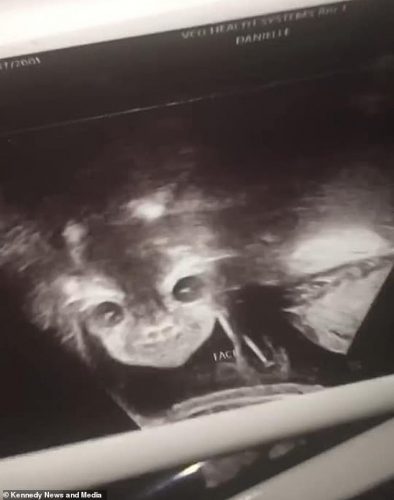 Although the image of the baby’s devilish face scared her at first, Carrington, like all mothers, quickly found herself head over heels in love with the tiny unborn baby. She felt so close to it, even if it made a strange-looking face for the 24-week ultrasound check up. That’s why she was happy to share the image of the ultrasound on social media along with the line:

“I love the devil baby so much already! They showed her face, and she looked normal. Then the nurse confirmed she was a girl, but I knew that deep down already. Then they put it back on her face, and she was just looking right at me like that! I said, ‘she looks like a ghost’ in the doctor’s office, and the doctor said, ‘yeah, that’s very (normal).’ She looked a bit crazy!” 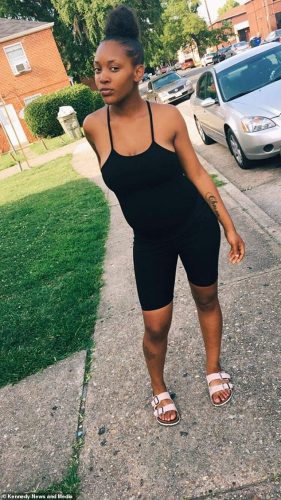 Although the young mom through the unborn baby looked crazy during the ultrasound, she still loved her with total and complete abandon.

“Most babies hide from the camera. She looked toward straight at me, and she scared me a bit because the room was dark.”

The young and excited mother-to-be was thrilled to meet her daughter despite the silly face. 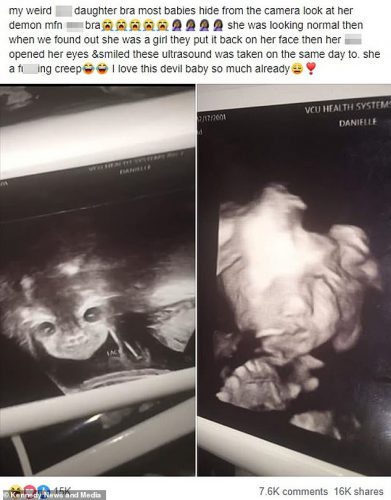 “I don’t know why she looked like that. Some people from the internet thought she was fake, but that’s my real-life baby there. The dad was there too. He was shocked by the news that she was a girl because he has two sons and he thought it would be another boy.”

What do you think about the image of this “devil baby” in the ultrasound?