The Dog That Was Raped By Its Owners Had To Be Euthanized Because He Disliked People : AWM 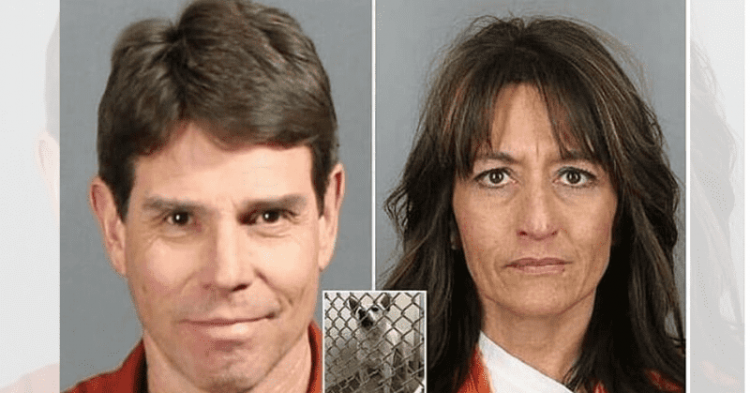 After Colorado’s Frederick Manzanares locked up his dog inside of his motor home, the canine was left so traumatized it had to be euthanized. Manzanares did not abuse the dog in any traditional manner. Instead, he trapped the pooch inside a “sex chamber” within his mobile home and repeatedly raped the dog, forcing his girlfriend, Janette Solano, to participate alongside him in a twisted display of depravity.

The mug shot of Manzanares shows it all. The dog’s attacker has a twisted look on his face as if he was almost proud to have been caught violating the dog alongside his girlfriend. However, the damage that was done to the dog was irreparable.

The dog had been brought to a shelter and treated with the utmost affection. However, Manzanares and his girlfriend damaged the dog so much that it was unable to be helped. Because of the sexual trauma that the Colorado man and his girlfriend put the dog through, it was unable to be put up for adoption. The abused dog, known as Bubba, could no longer be “safely adopted” due to the aggressive behavior it had developed in response to the way it was treated.

The 51-year-old owner of the dog created a sex chamber where he repeatedly subjected the dog to abuses that were not only inhumane but traumatic. That’s why both Manzanares and his 49-year-old girlfriend Solano face prison time for the cruel acts they committed against the dog.

When police finally caught up with the Colorado deviant and his girlfriend, Solano told officers that he had forced her into the sex act with the dog after she did not do so voluntarily. She allegedly called authorities last March after a domestic violence episode where Manzanares pressured her to have sex with him and the dog. Because of this, she said she decided to leave him. But his violence was hard to escape. She also said that she was “somewhat jealous” that her boyfriend had such a strong bond with Bubba, the dog.

Solano’s jealousy grew as she discovered more bestiality images on their shared laptop. She already knew that he was into this alternative sexual lifestyle, but she did not know that he was obsessed with it. When she confronted him about the images, he urged her to have an “open mind” and to try the act with him, promising her that she was going to like it. Because she was so jealous of the dog, she decided to join him in raping the dog.

According to the police, Manzanares sprayed hormones near the Siberian husky to arouse the dog’s desires.

While both humans have been arrested and charged with misdemeanor counts of animal cruelty, the dog has been euthanized. The trauma that they put the dog through made it unadoptable by animal rescue standards. Nevertheless, Colorado goes easy on people like these as was evident when they were not charged with felonies.

Manzanares got sentenced to six months in prison and will be on probation for two years.

What do you think about this punishment for the crime he committed?