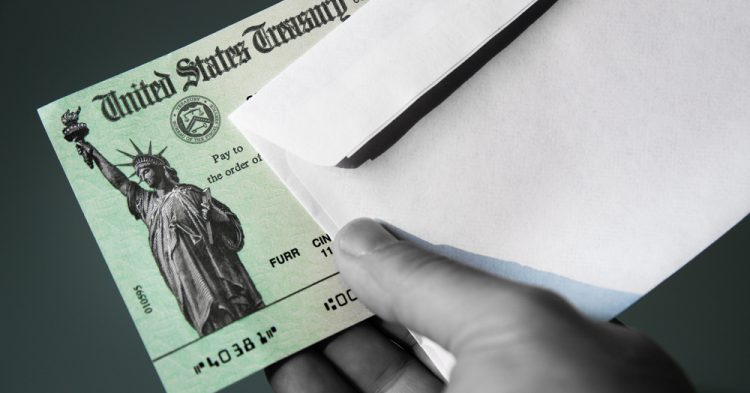 Some unfortunate Americans may be receiving letters from the Internal Revenue Services (IRS) requesting that they pay back their federal stimulus check. One recipient of the letter, Natalie Bonelli, told NewsCenter 5 in Boston, Massachusetts that she received the official letter from the IRS requesting that she pay back the $600 stimulus payment that she properly claimed on her 2020 tax return, plus $3.12 in interest.

Fortunately, the letter was a mistake in Natalie’s case, but the threat still looms for some Americans who did receive the stimulus checks under former President Trump. Natalie contacted the IRS immediately upon receiving the letter but was not able to get any answers from the government organization.

“Well, at first, I panicked,” Natalie said. “Obviously, I don’t agree with it, and I can’t find anyone to help me actually do something about it.”

When the pandemic first began, Natalie was not living in the Boston area. Instead, she made her home in Brooklyn, New York. While in the city, she received her first stimulus check via mail in the spring of 2020, just as millions of other Americans were getting their payments, too. As the pandemic continued to rage across America, Natalie sought the safety of home, so she moved out of New York City back to her original place in the Boston area. The second stimulus check, which was sent out last December, was accidentally sent to Brooklyn, but she did not receive it.

“I know for sure it got sent to Brooklyn,” she said. “It did get mailed to the old address. I just never received it.”

When it came to her 2020 federal tax return, Natalie followed the IRS directions and claimed the missing payment as instructed. She thought the issue was over and done with until she received the letter from the IRS in August demanding that she repay the money from the stimulus check.

“And now I have to give back the money I never got, so it’s a little bit frustrating,” she said.

The IRS instructs people in Natalie’s situation to call the IRS and request a payment chase. Unfortunately, Natalie said this was not too easy to do. She made “endless, endless, endless calls to the IRS” but never got an answer to her trouble.

“I never got an answer. I could never get to someone who could actually help me,” she said.

Natalie’s notice from the IRS was dated July 26, 2021, and gave her until August 16, 2021, to pay the government institution back. With the backlog the IRS has been coping with, this did not give Natalie adequate time to address the issue.

WCVB contacted the IRS. The spokesperson would not comment on Natalie’s case but did say that taxpayers can fill out Form 3911 to request a payment trace.

Natalie wants to know if someone cashed her stimulus check illegally. She believes the IRS should be able to provide that information.