The Latest Video From Qatar Shows Muslim Men How To Beat Their Wives : AWM 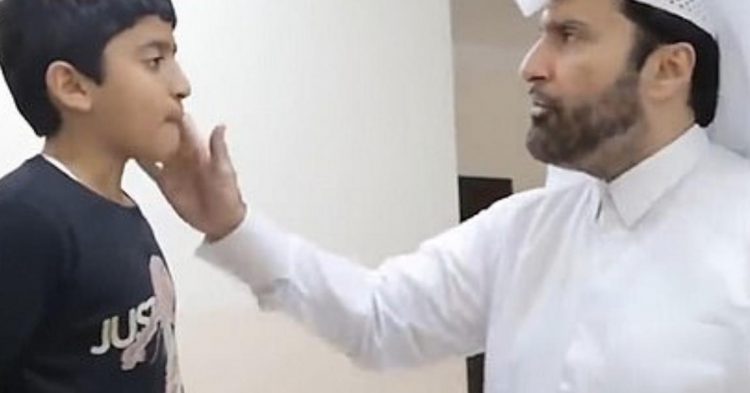 Cultures around the world are different. People believe in certain things that others in different countries may never consider “normal.” That’s why sociologist Abd Al-Aziz Al-Khazar from Qatar has a very important announcement to share with people on YouTube. In the “educational” video, the academic shares tips on how a Muslim husband can beat his wife to show dominance and his masculinity, which has sparked a lot of outrage around the globe.

Because Al-Khazar believes that a good Muslim man knows how to hit his wife, he decided to published what appears to be an online tutorial on how to do it “the right way.” 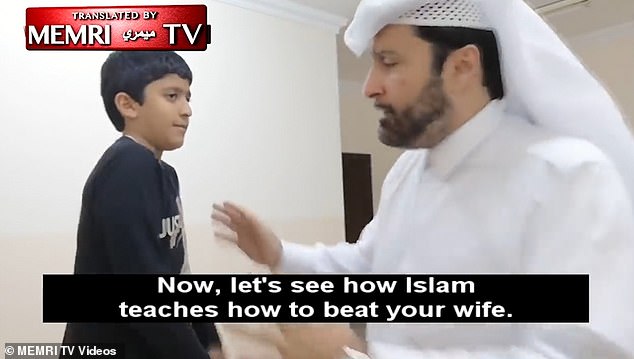 In the footage, which Al-Khazar published on his Al-Motjama YouTube channel, he teaches all his viewers the correct way a Muslim man “punishes” his inferior wife. Because this is what is taught under traditional Islamic law, what Al-Khazar is doing is not abnormal for his culture, but from outsiders, it seems not only strange but abusive and cruel.

Al-Khazar uses a boy to receive the abuses he administers for the viewing audience. In the camera, he describes his philosophy on wife beating.

“Some people punch her or slap her on the face. That is not allowed,” the educator and expert wife-beater said. 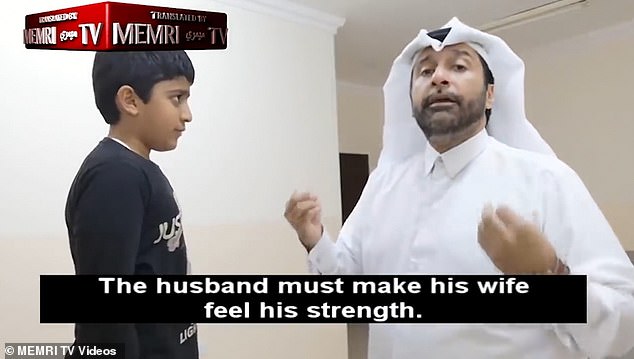 He then shares a lesson from Islam about how the Prophet Muhammed suggested one should beat his wife.

“The Prophet Muhammad, look how merciful Islam is. The Prophet forbade striking the face. He forbade men from beating their wives on the face. Slapping the face, hitting the head, punching the nose – all of this is prohibited. The beating is for discipline.”

The sociologist does not question that beating one’s wife could possibly be wrong. He holds a view that men are superior to women and that they should be able to administer discipline to bend the wife to the ways of the husband.

In the brief video, Al-Khazar describes how wife beating under Islamic law should only involve light strikes and be relatively painless. It is simply a way for the wife to “feel her husband’s strength.” It keeps the wife beneath the husband both inside the home and in public settings.

In the video, Al-Khazar beats on the small boy to show viewers how to hit their wives.

While he strikes the man-boy, he shouts, “I told you not to leave the house! How many times do I have to tell you?”

The teacher then slaps the boy on the shoulders. He also grabs him and shakes him demonstrating his “strength” to the inferior child.

“Dear viewers, many people – especially people who are married – would like to know how to beat one’s wife. Is beating your wife necessary? Must a man beat his wife every day? No.” 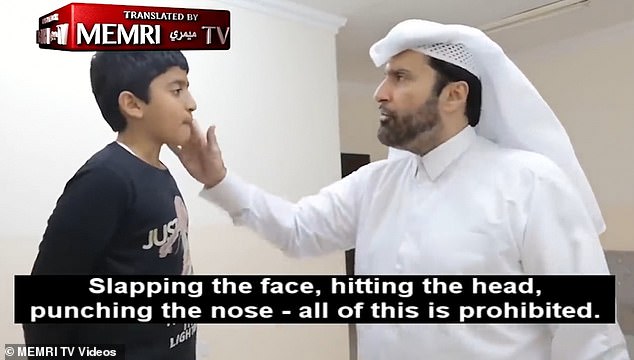 Although the teacher does not suggest a man beat his wife daily, he does think it is important for every man to know how to beat his wife without leaving signs of abuse on the face or head.

“We start the beating as a last resort,” he advises his young pupils.