The Pedophile Who Molested An 11-Year-Old Girl Died, Drowned In A Prison Toilet : AWM

The Pedophile Who Molested An 11-Year-Old Girl Died, Drowned In A Prison Toilet 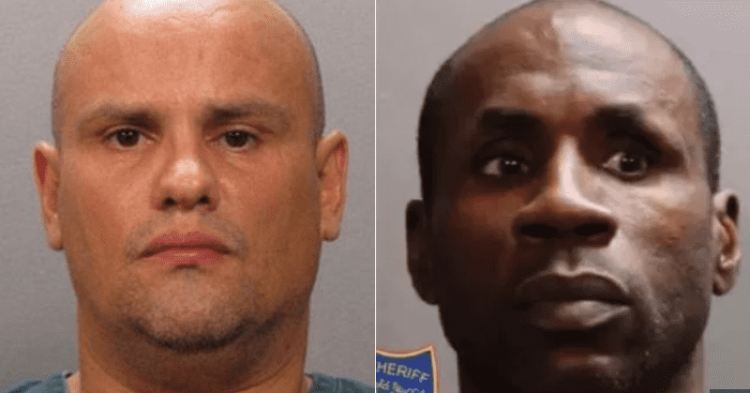 Everyone knows that child molesters are not treated kindly in prison. Because these abusers steal the innocence from children, other prison inmates see them as the worst of the worst. And 53-year-old David Oseas Ramirez was certainly a child molester. He was arrested and convicted of molesting an 11-year-old child back in 2013 and was in prison enduring his sentence where he served with cellmate 43-year-old Paul Dixon.

Dixon received a life sentence back in 1993 when he was just seventeen-years-old. He was sentenced to life for killing a person. He is a tough customer who believes that people deserve justice. He gets why he is serving life in prison, and when Ramirez and Dixon got into a verbal argument, things escalated quickly. The result was a second murder for Dixon.

Due to the crimes that Ramirez had committed, Dixon drowned him in the prison toilet. Black Media Web shared more details about what happened along with side-by-side photos of two convicts.

“Convicted child molester David Oseas Ramirez, 56 (left), as drowned in a toilet by his cellmate Paul Dixon, 43, (right) they exchanged insults and next thing you know somebody died.”

In what many people online are calling “karma,” Dixon is being celebrated as a sort of hero for murdering the child molester while he was serving his time in prison. Because Ramirez ruined an 11-year-old child’s life, destroying their innocence and forever stealing their joy, Dixon decided that enough was enough. He administered prison justice, a type of punishment that is even more powerful than the type that judges wield.

Although Ramirez put up a fight until the end, Dixon killed him by drowning him in the dirty prison toilet. He stuffed his head in it and waited until the child molester took his final gulp of sewer water.

Jail records indicate that Ramirez was “released” from prison because he died. That’s a strange way for Duval County Jail to put the man’s death into context.

According to The Sun, Dixon and Ramirez roomed together in the upper floor of the prison, which is reserved for only the most violent and godawful criminals in the county.

Like Dixon, Ramirez was serving a life sentence for what he did to the child back when he was convicted in 2013. In a way, Dixon allowed Ramirez an easy way out.

“Arrest made in the jail murder that occurred today (31 July). Paul Dixon, 43 years old, was arrested for killing his cellmate. He was previously convicted for a murder he committed when he was 17-years-old. He was brought back to our jail for court proceedings. A verbal altercation became physical. The suspect killed the victim in his cell.”

The report indicated a third prison observed the fight – it is likely he was cheering for Dixon since it was well known what type of crime Ramirez was serving life in prison for.

What do you think about this instance of prison justice? Is it karma or something else?