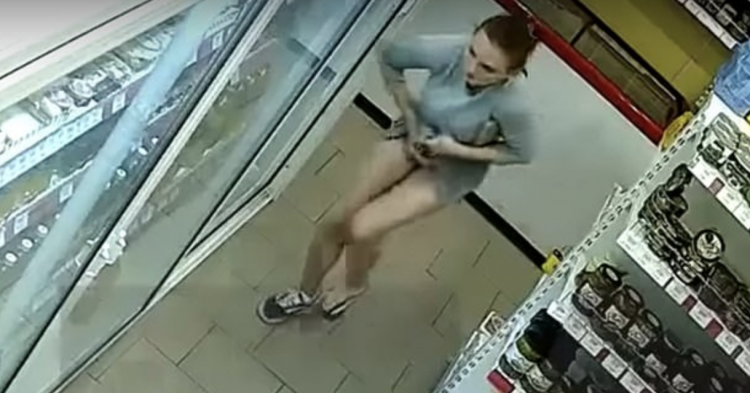 Surveillance footage caught the moment a Russian shoplifter stuffed groceries into her UNDERWEAR while in a store. Security staff noticed the young Russian woman acting strangely and caught her in the act of pushing the items up her skirt and into her underwear. The security worker eventually confronted the woman at the shop in Krasnodar in southern Russia and challenged her to prove that she didn’t have something stuffed inside her undergarments.

The young Russian woman, who has brunette hair and a tight-fitting grey dress, easily sticks the grocery items she wants up inside her dress. She takes a product from the freezer section as well as a regular shelf and almost gets away with shoplifting. 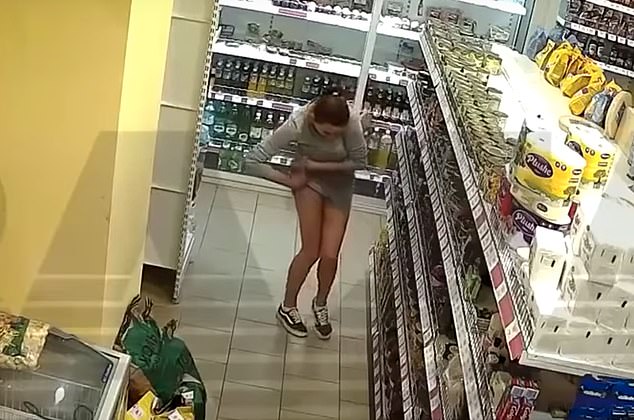 The theft happened on October 5, 2020, at around 5:20 pm in the Russian town. The woman was caught on camera putting at least six different items into her underpants and trying to sneak out of the store with the stolen goods.

Security personnel at the store were very angry with the woman. When they posted the footage to social media, they went so far as to claim that the woman was not even a human being for stealing food. 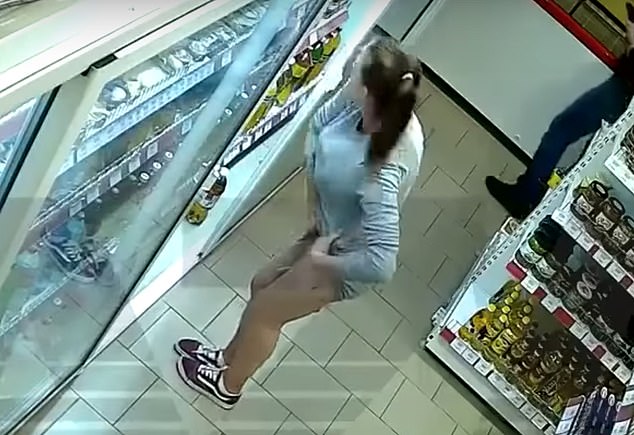 “Please make such sub-humans public. There are no words for this behavior, only shame. Normal people work, but why work if it is better to hide sausages and soap in your panties.”

Although the security guards were outraged that this woman would use such an inventive way to steal from their store, social media users were delighted by her tactics.

“Panties are like a ‘magic bag’ – they can hold everything!”

Although the woman was caught on a security camera, she was able to get out of the store with the goods she stuffed into her panties. Nevertheless, Russian police are hunting for the woman who appeared on camera as a shoplifter.

Many people on Daily Mail shared comments about the woman’s theft.

“I doubt if the supermarket wants their stuff back.”

“She must be wearing Brigitte Jones type of knickers! Can’t stuff too much in a pair of thongs!” 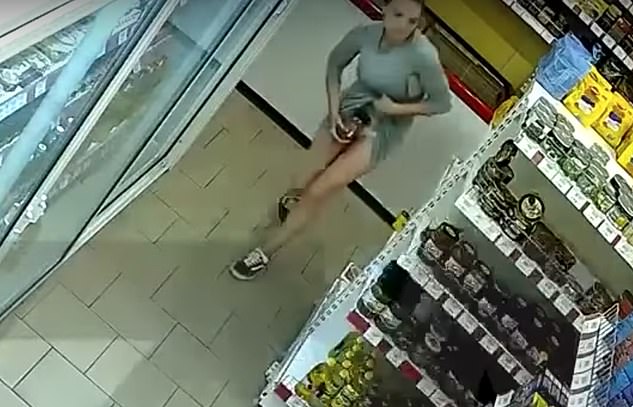 “I bet she bypassed the frozen section,” one person joked.

“The most concerning part is when she brings the items back for a refund.”

“When she is found, she will soon know that Russian prisons are not a holiday camp.”

Others urged that people need more compassion toward this desperate woman.

“Why make fun of a person that’s obviously struggling to get food in this pandemic.”

“I feel very sad for people who are forced to steal food for their families and themselves. There are millions of Russians living in poverty, especially outside the big cities where the average pay is 310 pounds a month.”

Do you think this hungry woman deserves prison time or compassion from the Russian authorities?