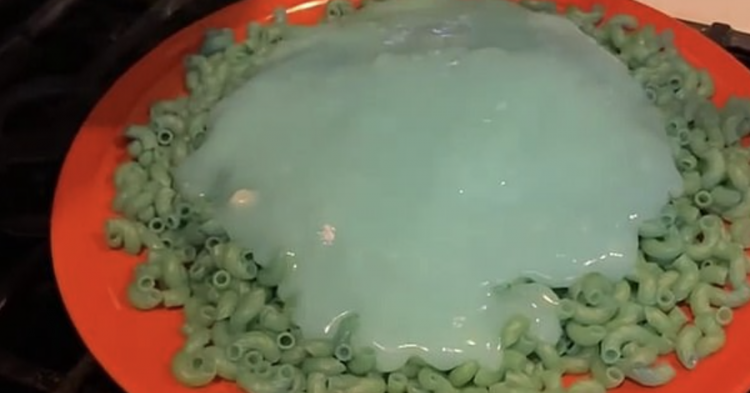 Blue pasta is all the rage on social media these days; however, it’s not popular for any reasons a chef would want. Tommy Wind, a resident of Staten Island, has launched his social media career by showing off his “absolutely nasty” recipe for pasta that he cooks using blue Gatorade instead of water. Like the movie “Idiocracy,” where the world uses sports drinks instead of water, Wind, a magician, wanted to show off his twist of the classic Italian dish by substituting blue Gatorade beverages for water when boiling the pasta.

In the viral video, Wind shows how he boils Gatorade in the pot before adding his pasta into it. As he adds the Barilla gluten-free elbow macaroni into the boiling Gatorade, the liquid turns green from having the yellow pasta added to it. 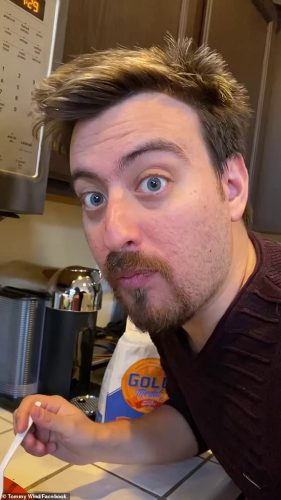 While the macaroni is cooking in the blue Gatorade just like the way Tommy Wind likes it, he opens another bottle of sports drink and puts it into another pot. Then he adds in just enough flour and mixes it together with the Gatorade to make a sauce the same consistency as a red pasta sauce.

Once he has the pasta and sauce cooked, Tommy Wind tops off the dish with a sliced pickle instead of traditional cheese. Maybe he decided to put the pickle on top just to offend more people on social media. Tommy Wind shared his blue pasta recipe on his Facebook page and quickly outraged most viewers who found his Staten Island twist on the traditional Italian dish to be absolutely nasty and disgusting. 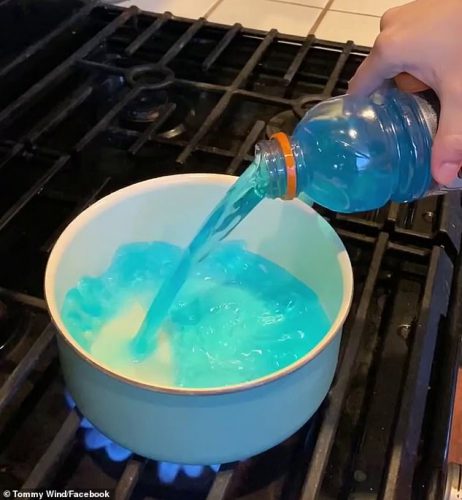 “I didn’t think it could get any worse, but then you added the pickle?!” one viewer said.

“I wouldn’t even feed that to my dog,” one added.

Other viewers were willing to play along with Tommy Wind’s weird sense of humor. However, they questioned why he used blue Gatorade instead of red Gatorade to make it appear more like the traditional Italian dish that most people know and love. 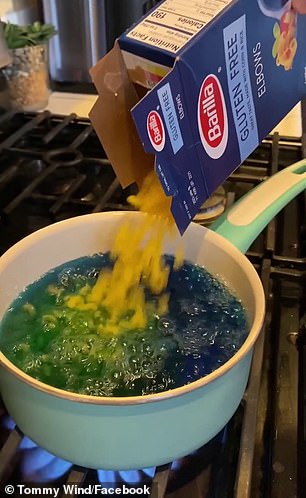 “I’m Italian, and this disgusts me. The traditional recipe is with red Gatorade,” another person recommended.

“If you serve this crap in Italy, you get arrested and get a life without parole sentence,” another joked.

Readers of Daily Mail were appalled by this magician’s trick with his pasta dish. Some people suggested that there was a much better way to get “blue” pasta than using an ingredient like Gatorade to destroy the taste of the dish.

“Why not just use food coloring in the water instead of Gatorade? This is as bad as those Aussie mum cleaning experts.” 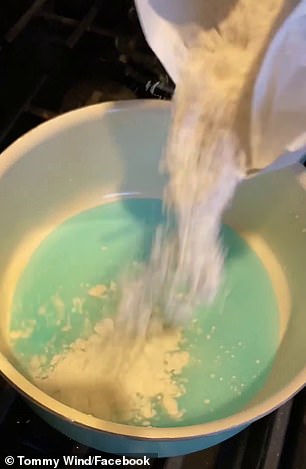 “The proper way to make blue pasta is with Curacao, the liquor. Not Gatorade!”

Other people suggested that Tommy Wind needed to get out into the world more.

“I think he has been in lockdown too long. Haha.” 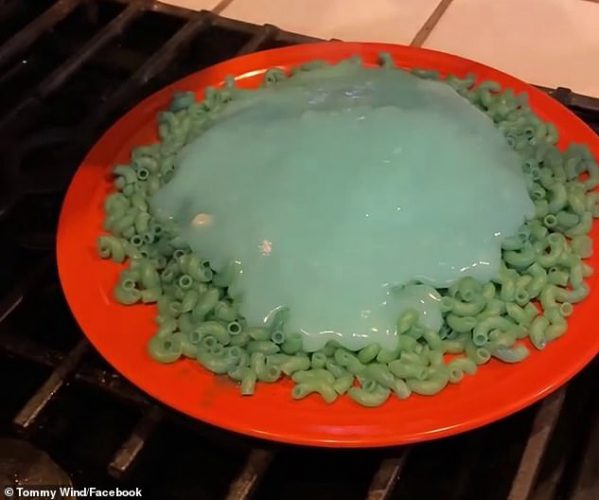 “The authentic fine dining Hillbilly Cuisine experience. Extra crack sprinkled over at your request, as opposed to parmesan.”

Some people joked about how easily offended Americans have become during the coronavirus pandemic.

“I am furious. Cancel blue Gatorade pasta. Cancel all blue Gatorade. Protest. Burn some innocent store down. That should fix everything.”

Will you be dining on blue pasta this week?