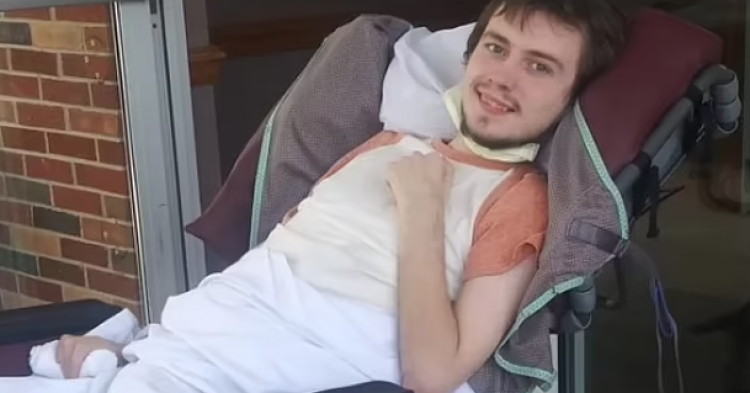 Seth Fletcher was behind bars in Ohio after he was convicted on child sex charges. However, the 21-year-old will now be awarded a record $17.5 million by the state of Ohio because he was tackled to the ground by prison guards, which resulted in a spinal cord injury that paralyzed the sex criminal. According to court documents, prison guards at Chillicothe Correctional Institution used “sadistic and malicious force” to subdue Fletcher as they tackled, handcuffed, and then dropped him flat on his face after performing a strip search on the child predator last year.

Although the child sex criminal pleaded for the prison guards to go easy on him, they ignored his cries. Instead, Fletcher was allowed to lie on the floor of a cell overnight. The injuries had caused him to be unable to move, so he did not move from the cold cell floor until he was finally taken to the hospital the following morning. 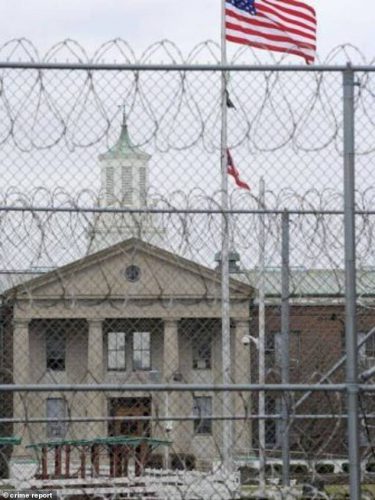 Later, one of the prison guards involved in the attack turned to Facebook to brag about “paralyzing the dude, LMAO.” This Facebook post was included in the lawsuit that Fletcher’s legal team filed a few days after the attack took place inside the Ohio prison.

During the search, Corrections Officers Dustin Knox and Christopher Coy handcuffed Fletcher. They escorted him to a segregated unit at the Ohio facility around 6 pm. At that time, Officer Coy said the prison tried to pull away. The officers quickly tackled him to the ground, which was when Fletcher suffered his spinal cord injury.

Although Fletcher told the guards that he could no longer feel or move his legs, they ignored him and kept dropping him on his face since he could not walk. Eventually, they carried the injured pedophile by his arms to a prison cell where they deposited him on the ground, where he lay alone until 9:49 am the following morning.

Just before ten o’clock, Fletcher received a visit from psychologist Eric Anderson. He found Fletcher to be very injured and called to get him medical attention, which he had been requesting since he was tackled and paralyzed. He was taken to the Ohio State Medical Center, where he underwent emergency spinal surgery.

At one point during the ordeal, Fletcher begged for water. An Ohio prison guard poured water on his face and then bragged about how he “waterboarded him LMAO.” 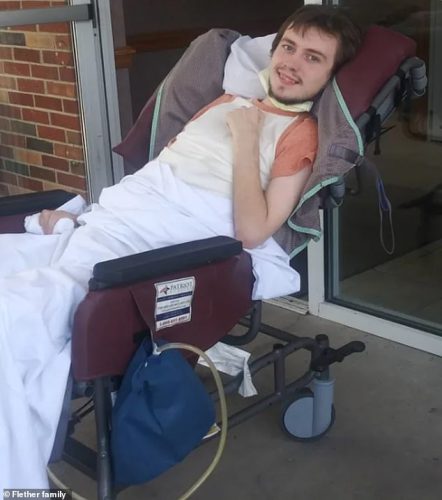 Garrett Osbon, a guard involved in the attack, later resigned from his job as a corrections officer as Fletcher’s lawsuit picked up steam. Osbon had sent text messages about the attack and also posted to Facebook: “The dude I broke his nose is now paralyzed with a broken neck, and they say his face looks like he had been dropped and dragged through concrete, LMAO.”

Osbon also wrote, “It feels good to know that I played a small part in paralyzing a cho, LMAO.”

According to Daily Mail, “cho” or “chomo” is a prison term for a child molester.

Fletcher’s lawyer Geoffrey Fieger said, “The torture and crippling of a prisoner in America sounds medieval. Yet it happened, here, in America, in 2020.”

Fletcher was awarded millions of dollars because of the attack.