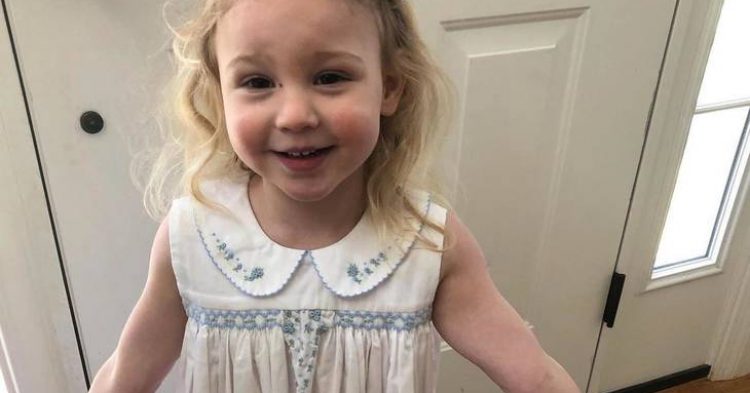 Authorities in Stow, Massachusetts, have been put to work after a toddler went missing for the second time. The two-year-old girl, who has been identified only as Maggie, was last seen on Kerrington Way around 10:30 am before she was found about two hours later. However, those two hours were extremely difficult for Maggie’s family as they were in terror at what could have happened to their little girl during the COVID-19 pandemic that is utterly defacing the world as we know it.

“From where her house is to where she was located is almost two miles,” Police Chief Ralph Marino said. “Mom was putting her two infants into her SUV, went inside to grab something real quick and didn’t realize the child — 2 ½ — had walked away.”

Apparently, the mother of the little girl was not paying attention to her while she was loading two infants into the family’s SUV. Because Maggie wandered away from home while her mother was preoccupied, she got away from the house and ventured into unknown territory. Mom was terrified that her little girl had been abducted by a COVID-19 infected pedophile.

“Her mom was putting two infants into her SUV, went inside to grab something real quick and didn’t realize the child – the two-and-a-half-year-old – had walked away,” Stow Police Chief Ralph Marino said.

Because the mother called 911 in a state of fright, the police department sent their best officers and K-9s to search for the missing toddler.

“We had three K9s from State Police, we had multiple officers from all neighboring communities,” Fire Chief Joe Landry said.

Around noontime the same day, Maggie was found. The little girl was in great shape with only a tiny scrape on her hand. She was checked by an ambulatory crew who found no other sign of injury.

“Just a little scrape on her hand. A smile on her face. And she’s happy to be home,” Marino said.

The little girl was not even worried about missing from her family for so many hours.

“She’s good, smile on her face and happy to be home,” Marino said.

Although it is very unusual for a young girl like Maggie to run away from home, this is not the first time Maggie has escaped the lackadaisical authority of her parents.

Last Thursday, Maggie fled her family’s home again. She was found a quarter of a mile away. Either she’s very curious to explore the world, or she is running away from something at her home that she doesn’t want to endure anymore.

“We’ve had a history once prior to this that she had taken off. We located her approximately about a quarter of a mile down the street – this was last Thursday,” Marino said.

He told NBC Boston, “We had been here once before from last week. We found her relatively quick from the last time, and we were hoping for the same turnout.”

What do you think about how this two-year-old toddler keeps running away from home? Is that normal for a little girl to do?