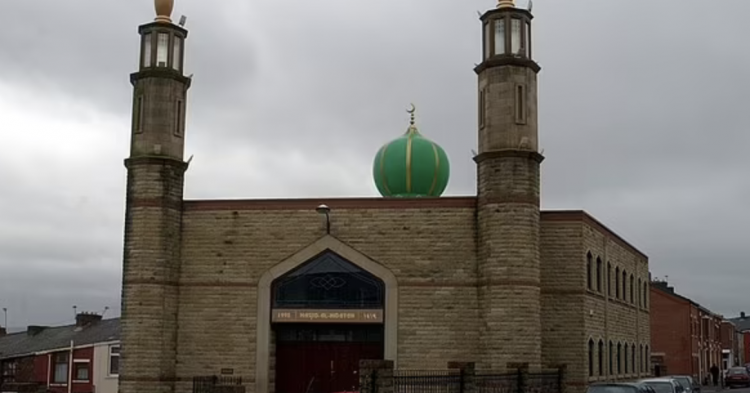 Ed Husain is an author and professor the Walsh School of Foreign Service in Georgetown University. Now, the author has released a new piece called Among The Mosques: A Journey Across Muslim Britain. In the work, he writes about his visits to England’s largest mosques and his time in the Muslim communities that worship in them. During his tour of England, Husain visited these Muslim communities and found that they had become insulated to the point that white people are no longer welcome in them.

As a Muslim himself, Husain was able to visit these communities without disturbance. As a young person, Husain had a run-in with Jihadists and was indoctrinated into the culture by the same people who trained Omar Khyam, the leader of the Bluewater bombers. Husain was part of a Bangladeshi family in Tower Hamlets, East London and managed to escape the world of extremist Islam and transitioned into a career in academia.

Husain’s new book is set to release late this spring and is a look into the often unseen world of Muslims in the United Kingdom. Husain showed up to Muslim communities across Britain “unannounced” to see how people really behaved. He interviewed many people from the communities besides the Muslims, including taxi drivers, business owners, and white people living in the areas. The white people confessed that there are “no-go areas” in the Muslim communities that they know to avoid because they fear getting physically attacked.

When visiting Britain’s Muslim communities, the author found that these people are “physically in Britain but mentally living elsewhere.”

One location on his tour was Blackburn, which is home to the largest Muslim population in the UK outside of London. It’s also the global hub for the Deobandis and the Tablighi Jamaat. The Deobandis is an orthodox version of the faith that controls about half of the mosques across Britain. The Taliban in Afghanistan was born from this group.

Husain discovered a lot of resentment between the white and Muslim community in Blackburn. A group of white men admitted they were afraid of the Muslims. One man said a group of “Asian” teens “jumped” his twelve-year-old son repeatedly. He told Husain the teens “battered him in broad daylight… for being white.”

The Whalley Range area was a place the white people told Husain they avoid. The 2011 census indicated that it was 30 percent British Asian and 38 percent white.

A man in the group told Husain, “If we go to Whalley Range at night-time, we’re guaranteed to get jumped. We won’t walk out of it. We won’t walk to the other end of the street.”

When exploring the Muslim communities, Husain found an “otherwise ordinary-looking shop” that was carrying books promoting strict restrictions on women. For example, he found copies of Bahishti Zewar that claim it is a sin to “enjoy dancing and listening to music” and to “like and be attracted to the customs of the kuffar [unbelievers].”

He also found that Islamic Law rules some of these communities despite their presence in Britain. These restrictions unfairly target women and young girls and treat them differently than their male counterparts.

What do you think about these revelations about Muslim communities across Britain?