They Finally Found A Home For The Weird-Looking Dog Who Was Attacked As A Puppy : AWM

Brodie, the German Shepherd Border Collie mix, has had a tough life. When he was just a wee little puppy, he was mauled by his own mother. The mother’s attack threatened his life and caused lasting damage that is still visible to this day. Brodie has a deformed face because of the brutal attack by his mother and has made life very hard for him – especially when it came to finding Brodie a forever home.

When the attack happened, Brodie was just thirteen days old. He was a tiny puppy, who was completely reliant on his mother for everything. That’s why he was so vulnerable and exposed when she bit his head and face. The damage destroyed the puppy’s head and skull. He suffered fractures to his cranium and faces. And the injuries left him whimpering and struggling to survive. 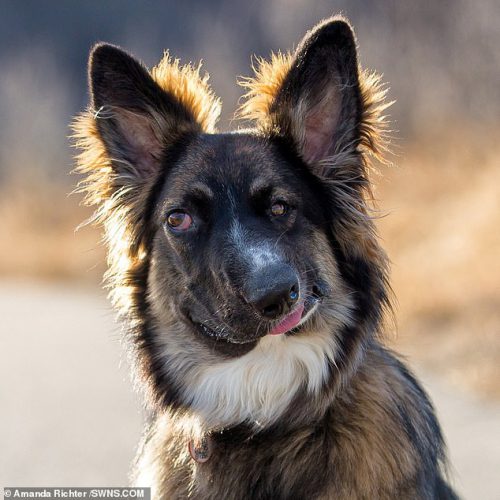 Brodie barely survived. He needed his jaw fused together. And as he grew into the dog that he is today, his face started to become deformed. The left side of his face has been described as “wonky,” and he was left partially blind in one of his eyes.

Although animal rescuer organizations feared that Brodie would never find a forever home, luck worked out for him. He has met and been adopted by a couple that adores him for who he is – face deformity and all. 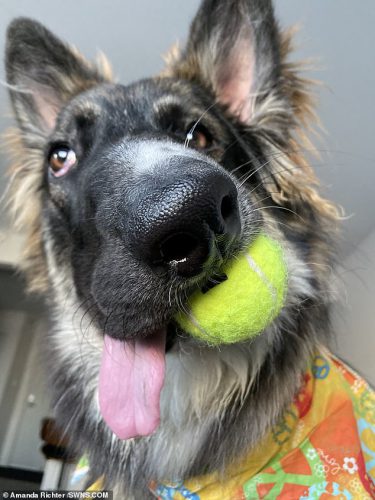 The new owners of the dog are 30-year-old Amanda Richter and her younger boyfriend, 23-year-old Brad Ames. The couple called it “love at first sight” when they saw the picture of Brodie’s deformed face. Something about him just spoke to them. It was probably his personality, which exudes from him in large quantities. He’s such a fun-loving pooch. 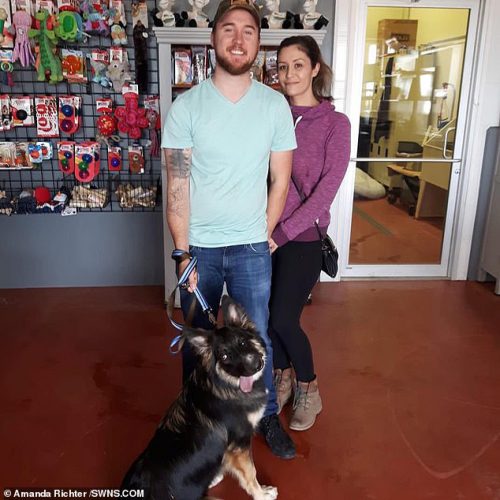 Richter, who speaks for her young boyfriend, said: “I looked at his photos every day and even cried a few times. We felt drawn to him for some reason.”

Logic dictated that they get a “normal” dog, one that didn’t have the deformity or the potential problems this his injury may cause later in his life. 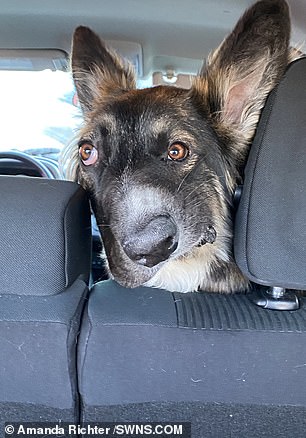 But Richter and Ames weren’t the only ones interested in Brodie. When the shelter advertised his file, a lot of people came forward. But they were the right family for him. They were the perfect match.

The couple traveled to the Old MacDonald Kennels in Alberta, Canada, to adopt Brodie and take him back home. 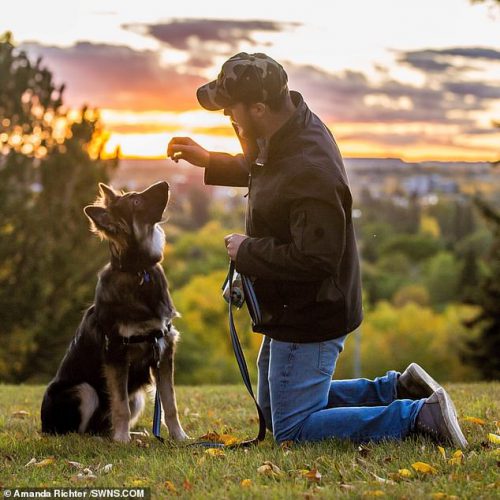 Richter, speaking for both of them, said: “We met him, too, him for a walk and hung out with him for a few hours and ended up bringing him home the same day because the rescue really felt we were a great fit.” 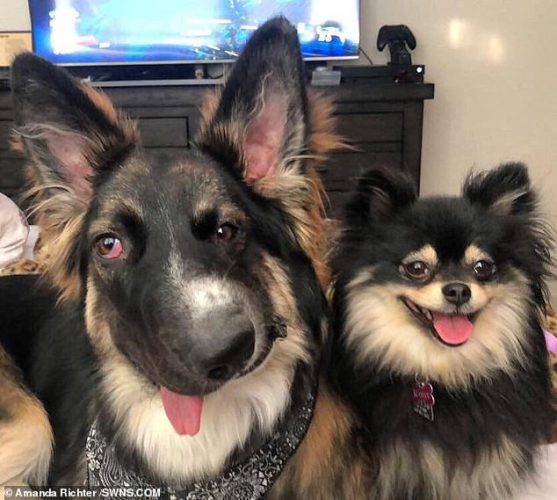 Brodie not only has his loving owners, but he also has a new friend to play with. The couple’s other dog, Rosie, took very quickly and easily to Brodie. Now they’re fast friends. 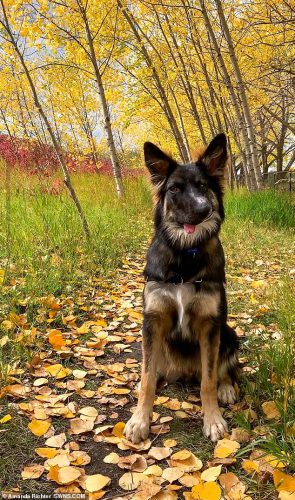 She said, “He’s definitely hyper, but he is so intelligent. His brain is perfectly fine and he learns tricks within ten minutes usually, which tells me he is a smart boy. He just needed patience and someone to be consistent. He gets better every week.”