They Found 22 Cats Abandoned In A Box, But The Note Is What Broke My Heart : AWM

They Found 22 Cats Abandoned In A Box, But The Note Is What Broke My Heart 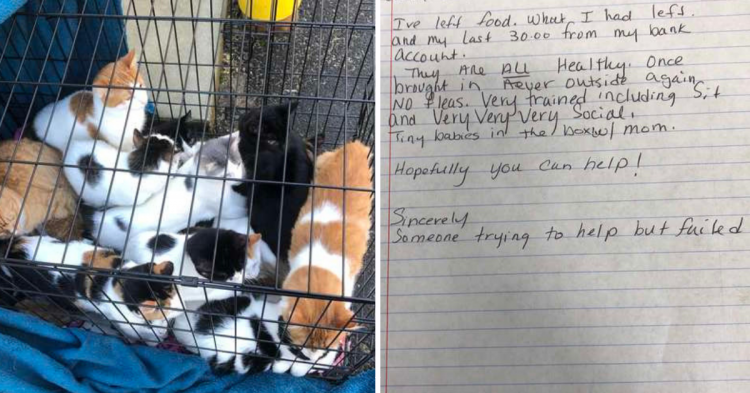 Later, when animal rescuers realized the full extent of the problem, they would look back and see that this was the worst case of animal neglect they had ever experienced throughout their careers. Because there are so many ways for pet owners to humanely give away their animals when they’re not able to care for them, that doing something like abandoning a box with twenty-two cats in it with a heartless note is simply not good enough.

On a cold January day in 2019, Kristi Idnurm showed up at the Pet Valu in Georgetown, Delaware, to find a note taped to the door. The message on the note alerted the employees to a box that had been dropped off at the box. When Idnurm went out back, she found one box with a mother cat and her four kittens in it, which were only three-weeks old. The second box was filled to the brim with seventeen adult cats all struggling to breathe and trying to escape. 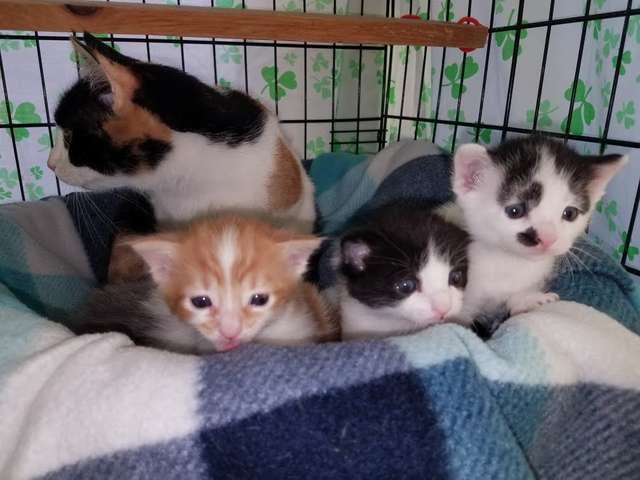 While one of the female cats was pregnant, others were spayed and neutered. Idnurm could tell that this was not a typical cat-hoarding situation gone wrong. This was something else entirely. The cats were healthy and litterbox trained, but the way their owner abandoned them was heartless and cruel. And the owner knew it. That’s why they left a note behind to make sure people forgave them for leaving the cats. The message was intense, but it showed that the person was trying their best but had run out of options. 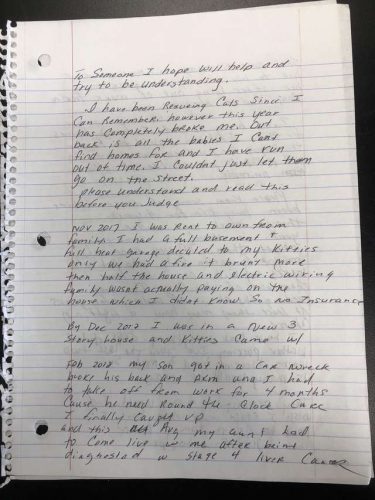 “I have been rescuing cats for as long as I can remember. However, this year has completely broken me. Out back is all the babies I can’t find homes for, and I have run out of time.” 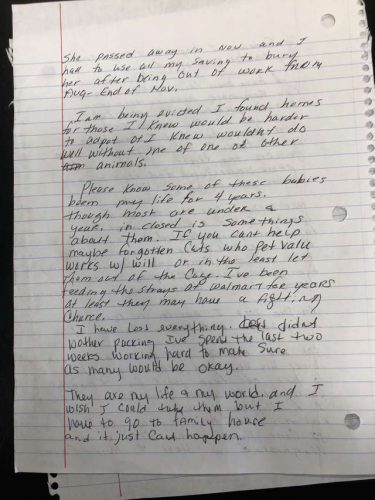 While the cat owner had the best intentions, life circumstances made it impossible for them to care for the cats any longer. They’d experienced a housefire, which meant that their home was largely unusable as it was. Then the cat owner’s son had a car accident, which left him injured and in need of a lot of extra care. Not long after that, the cat rescuer’s aunt was diagnosed with stage IV liver cancer, and she moved into the cat lady’s home. When she died, the cat rescuer had to use her savings to pay for the funeral. Then the landlord hit them with an eviction notice. 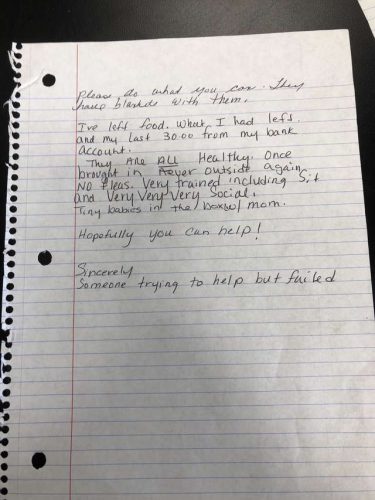 While the woman who dropped off the cats had the best intentions, people were horrified by the way they’d left the cats at the shelter. Nevertheless, they had tried. They offered Pet Valu the last $30 they had in the bank, along with a supply of toys and the litterboxes and crates.

As it turned out, Idnurm was the perfect person to find the cats. They scrambled to find foster homes for the animals and used their own resources to care for the animals in need. 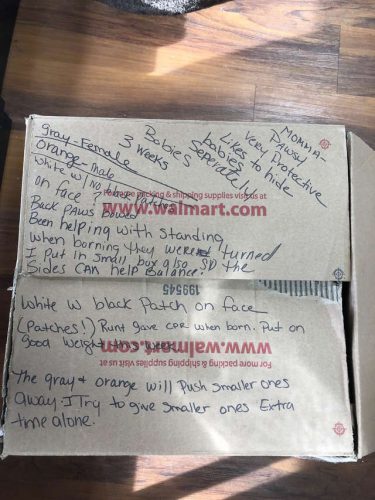 Although the cat owner had the best intentions, Idnurm said they were not outfitted with the resources to handle the influx of cats. 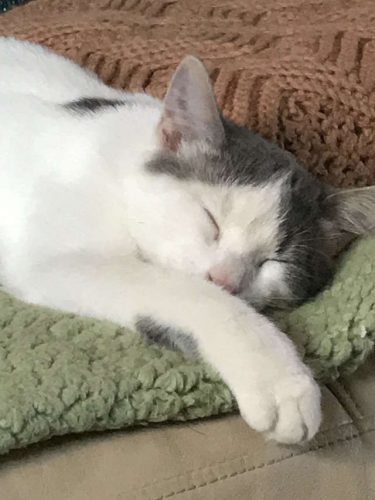 “We’re not set up for that kind of situation,” she said.