They Told Her She Was Too Old To “Dress Like A Teen,” And Her Response Is Going Viral 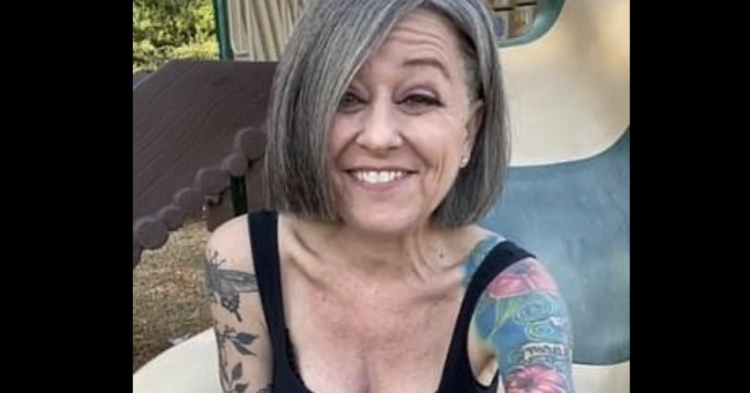 A 56-year-old woman has joined the TikTok revolution. Although she is much older than the rest of the people looking to become TikTok famous, she doesn’t care what critics think. And now, Lonni Pike has become a popular influencer because she has proven to be a stalwart as trolls attacked her for being “too old to dress like a teenager.” Instead of taking the criticism to heart, Pike slapped back at the troll with a comment that helped rocket her to fame on the Chinese-created social media platform.

On her TikTok account, GrayHairAndTattoos, the 56-year-old bombshell proves that no one is too old to wear what the young people are wearing. In a recent post, Pike unveiled her new look in Hello Kitty Dr. Martens along with a youthful display of makeup that her critics found unbefitting of a granny-aged woman. 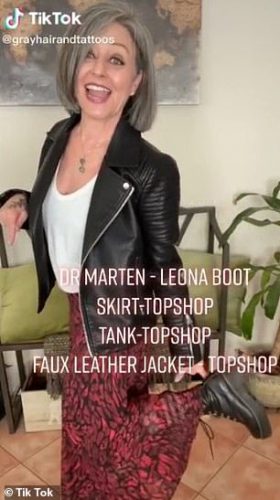 “I don’t respond to comments like this one very often because, truthfully, I don’t care what people think. But it does stop some people from dressing the way they want to,” the California woman said.

“It puts that seed of doubt in their mind of like, ‘Oh my god are people going to judge me?’ So, in honor of, I dunno, dressing like a teenager, here’s my outfit for the day,” the 56-year-old woman told her adoring fans. 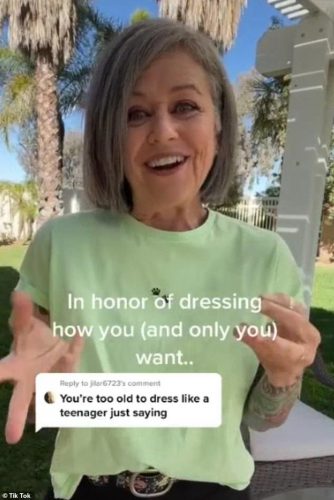 The influencer revealed her outfit. She wore a green T-shirt that she tucked into her Levi 501 jeans. She had a floral belt and also showed off her numerous tattoos and her Hello Kitty Dr. Martens boots.

“Don’t let people like this stop you,” the wise Pike advised. “Wear what you want. Express yourself — even if people think you look like a teenager. Who cares? I take it as a compliment.”

Fans of Pike shared dozens of comments supporting her decision to dress how she wants despite what critics have to say. 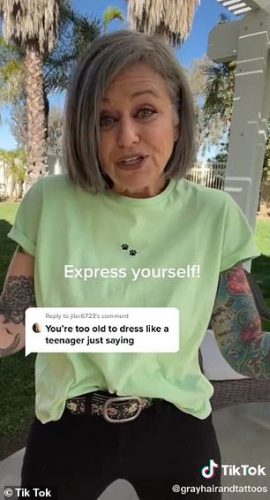 “Lovely and as we say here in New Orleans: Do what ya wanna! Purple hair, don’t care… I’ll be 69 next month,” one woman wrote. 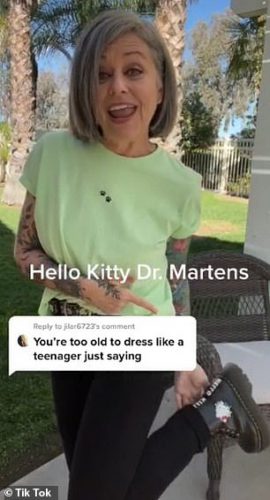 Because Lonni Pike is revealing her true self on the TikTok platform, she has gained a lot of older women as fans who also want to express themselves how they want through their various fashion choices.

“I love her,” one woman tweeted. “I have long hair, and a (short haired) woman once told me that HER HUSBAND doesn’t believe women my age should have long hair. Idgaf.”

“They really want her out here wearing ugly cat sweaters and checkered slacks like why does it matter. Mind your business. They’re clothes, and she looks good.” 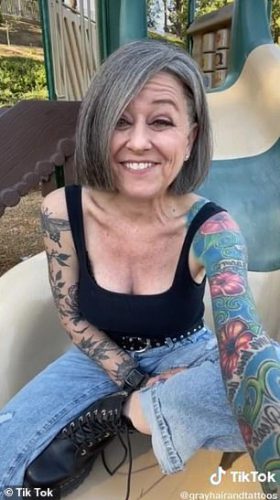 “Someone told me once that I was kind of old to have tattoos,” another said. “I’m not sure what they expected me to do about them.”

“So apparently, wearing jeans and a T-shirt is dressing like a teenager? Did they expect her to wear orthopedic shoes and long gowns all day?” one Twitter user asked. “Sis is rocking the outfit.”

What do you think about 56-year-old Lonni Pike’s style?