They Were The Scariest Twins I’ve Ever Seen. Wait Until You See What They Look Like Now : AWM

If you’ve never seen The Shining, then you’re missing out on some horror movie gold. The Shining, which was based on a novel by Stephen King, starred Jack Nicholson and took place in a scary hotel in the middle of rural America. In the movie, twelve-year-old twins Louise and Lisa Burns, now fifty, played a vital role in making the movie as terrifying as it was.

The little girls, who admit to being “naturally spooky,” played the role of the twins who lived in the building but were really the murdered Grady twin sisters coming back to haunt from the grave. The girls, who delivered a terrifying performance, admitted that they were not scared on the set of the movie because it looked like “an elaborate, fancy dress party.” 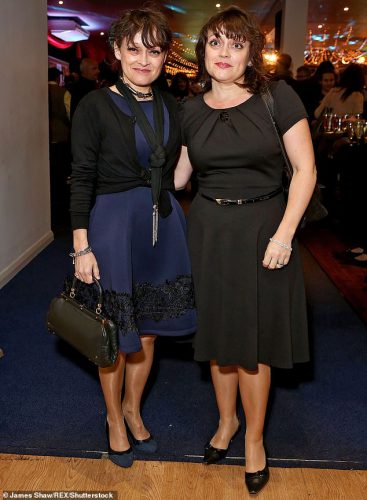 In a recent interview with Cosmopolitan, the twins admitted that they practiced their lines until they were able to recite them in unison while using an “other-worldly voice.” The world will never forget them for this role.

Serving as the ghosts of the murdered Grady twins, who appear to the little boy who rode his bicycle around the hotel in the Colorado Rockies. Eventually he is met in the hallway by the murdered little girls.

Looking back on the filming experience, the twins said they relished every moment working at Elstree Studios, Hertfordshire, England, to film the movie. It felt like a big “exclusive party” to them all and was the time of their lives.

“We’re naturally spooky!” they told Cosmo. “But we did practice our timing – saying things in unison – and we worked on saying our lines in a hollow, other-worldly kind of way a number of times.”

Although they were part of a scary movie, the set was fun and jovial. The twins never felt scared on set.

We saw people in scary makeup, but it always felt more like we were at an elaborate fancy dress party. It just wasn’t that freaky,’ they remembered.

“They were very concerned that we would be frightened of the fake blood in the scene where we’ve been murdered. So Tom showed us how he made his ‘blood,’ and it really looked just like the real thing. He even let us each keep a bottle, which we still have! We had to be escorted all the time. But our parents were never worried or thought that we should stop shooting the film. They were and are very supportive of us.”

While the twins did a wonderful job in The Shining, a career in the film industry was not for them. They have since launched their own careers. Lisa works as a lawyer while Louise is a published scientist. However, they often look back at their time in the 1980 movie with fondness and great time they had together as twin sisters.

The Shining is considered one of the most influential horror films in history. Directed by Stanley Kubrick, the movie was disliked both by the novelist Stephen King and the film critics at the time.