This Is Dad’s 14th Son, But It’s The Newborn’s Name That Is Making Headlines Around The World 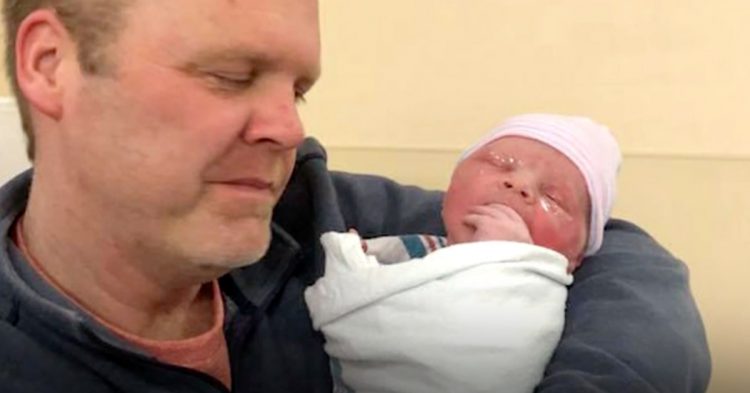 Over the years, baby names have changed drastically and while there are still some classics like Michael and Molly floating around today, there are a good amount of new names that have kept it interesting. Celebrities are well known for bizarre baby names and they don’t hold back from pushing the limit. Gwyneth Paltrow has become well known for her decision to name her baby “Apple,” and Beyonce and Jay Z made the bold decision to name their baby girl “Blue Ivy.”

While weird celeb baby names are nothing new, there is one couple who just might take the cake when it comes to the oddest baby name of all time. Jay and Kateri Schwandt are certainly not new to parenthood. The couple has fourteen children, all boys spanning a 25-year age range. When they discovered that they were due to have a 14th child, they naturally hoped for a baby girl to spice things up a bit, as they had their fair share of baseball games, countless fistfights, and broken objects.

As luck would have it, they ended up with yet another baby boy, weighing in at 8lb and 4 ounces. When this 14th son was born, he was surrounded by a room full of his brothers and his parents and he was in perfect health.  They decided to name the new addition Finley but since they knew this would be their last baby, they wanted to do something different for the middle name.

Kateri remembered a story that her father used to tell her about a Native American chief who was the father of many boys. The chief thought his next child would be a boy, but much to his surprise, his wife had another boy and he was named “Sheyboygan” because “She’s a boy again.”

“Kateri and I are both in our 40s now so we know we’re coming to the end of this,” said Jay. “So when we found out she was expecting number 14 we really relished everything that’s gone along with her being pregnant again thinking this is probably the last time. We’re just as excited with number 14 as we were with number one. It’s something we really enjoy and the boys have such a good time with it.”

Well, Kateri and Jay decided to follow the story and they used “Sheyboygan” as Finley’s middle name. 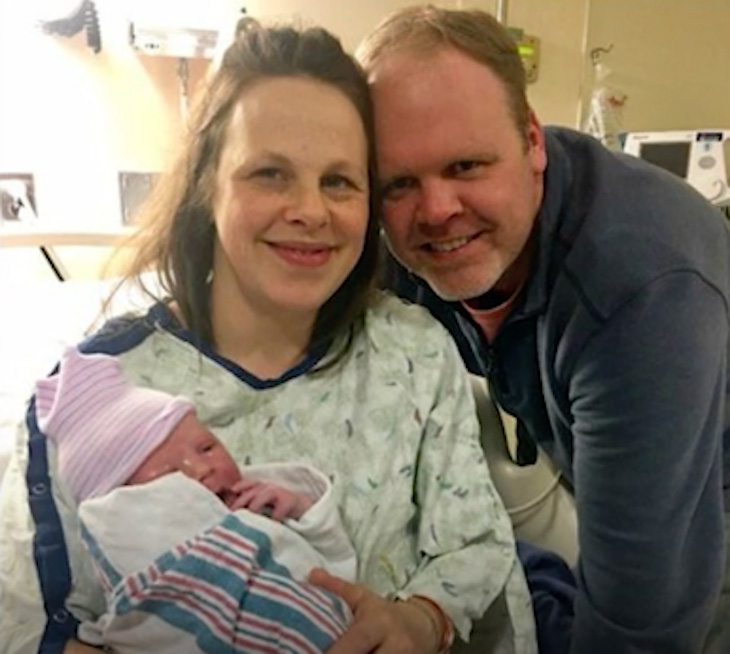 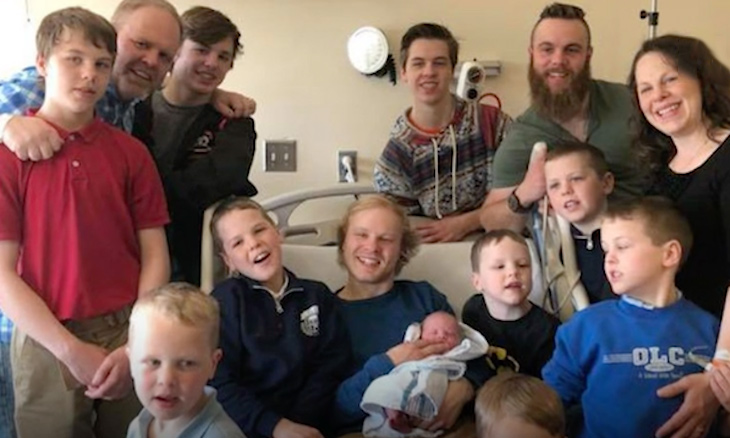 “We’ve got all boys, so it’s what we’re used to. It would’ve been nice to have a girl, but we’re super excited to have another boy. Some of the boys were hoping for a little sister, and some were rooting for another brother. I was pulling for a girl.”

This name just might make the celebrity names look fairly normal in comparison, but at least Finley will always have a good story to tell. And if anyone gives him a hard time about his name, he has 13 brothers to back him up and protect him.