This “Offensive” Harley Davidson Billboard Has Caused Quite The Controversy 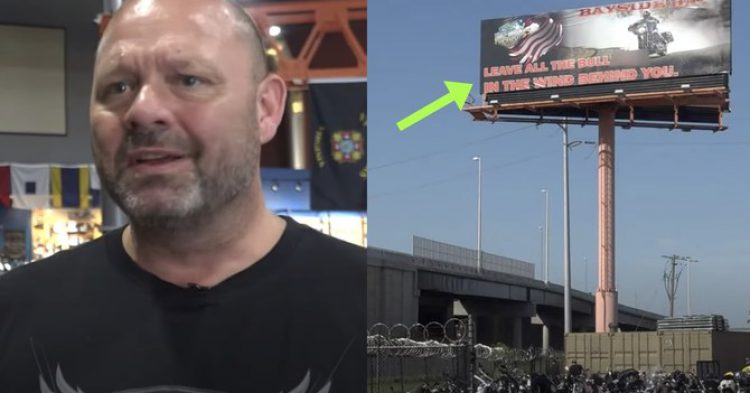 Every so often, billboards rub people the wrong way. Perhaps, they are trying to educate people on a controversial topic. Or maybe they’re simply trying to draw the eyes of drivers from the road and to what they have to offer. But now one Harley-Davidson billboard has sparked controversy across the country because of its “offensive” language that rubbed many people the wrong way.

The ad was simple. It urged people to drive away on a Harley and live a more courageous life. 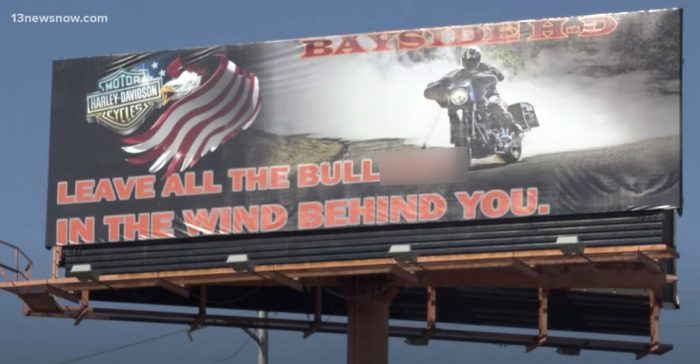 The tagline was this:

“Leave all the bulls**t in the wind behind you.”

The ad was written by the Bayside Harley Davidson dealer in Portsmouth and was supposed to speak to people who would be inclined to buy a bike and hit the road. The general manager of the dealership, Shawn Robinson, loved the tagline and wished that people wouldn’t be so sensitive to the curse word used in the ad.

“You do put everything behind you when you get on a bike. You let all the daily bs, the boss, the wife, the kids. I mean, it goes away, so it’s a true saying.”

Robinson was shocked that members of his local community were so offended by the billboard. The sign was posted along I-264 East, and people quickly complained about it by calling into the dealership and posting scathing responses to it on social media. 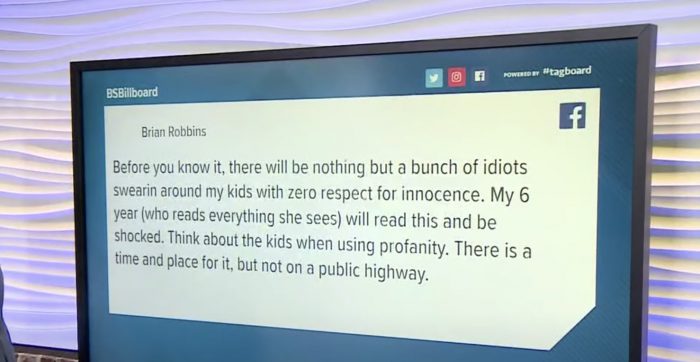 “The billboard company approved it, Harley Davidson approved it, we didn’t think it was an offensive term,” Robinson said.

However, many men in the area were furious that Harley Davidson was creating ads that were a bad influence on their sons and daughters.

Brian Robbins wrote, “Before you know it, there will be nothing but a bunch of idiots swearing around my kids with zero respect for innocence. My six-year-old (who reads everything she sees) will read this and be shocked. Think about the kids when using profanity. There are a time and place for it. But not on a public highway.”

Mark Bethel agreed, “Yes, freedom of speech. However, the billboard companies have the ultimate say.” 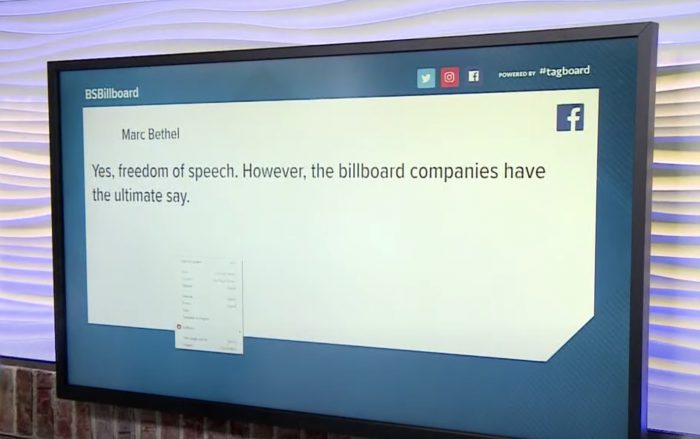 Portsmouth City Councilman Bill Moody confirmed that the billboard could do whatever it wanted because it was located on Bayside’s property.

Robinson said, “We certainly didn’t mean to offend anybody when we put it up, that certainly wasn’t our intent, but it was. Hopefully, just like all advertising, you know, we get a little play out of it somehow.”

However, Robinson said he wished locals would get over the foul language in the sign and deal with the real problems in the Portsmouth community.

“The city of Portsmouth is economically challenged, and I don’t think we should be worried about the word BS on a street sign. We’ve got a casino to approve downtown.”

Many people are split on the sign. Because the sign was made to speak to bikers, those on Robinson’s side agree that it was not inappropriate. However, parents of young children have a point too since it was posted along a public highway.

What do you think about the sign? Should it stay, or should it go?