This Scary Warning Was Broadcast In 1965, And Now It’s Come True 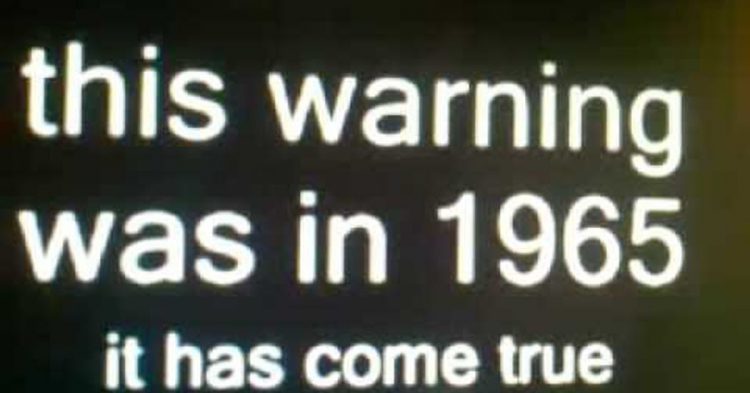 When a public broadcast hit the airwaves in 1965, no one thought it would ever come true. And it did take a long time. But now, fifty-five years later, the inevitable has come to pass, and people are talking about the prophetic projection. In America, there are more people who were born after 1965 than there are who lived during that pivotal year of revolution and chaos – and now people are pointing to the April 3, 1965 broadcast.

During that decade, Paul Harvey hosted a daily talk show on the radio. His program was quite popular and attracted a lot of interested listeners intent on staying up on everything Harvey had to say. At the pinnacle of his career, Harvey had about 24 million listeners – that’s a big following for someone on the radio then or now. 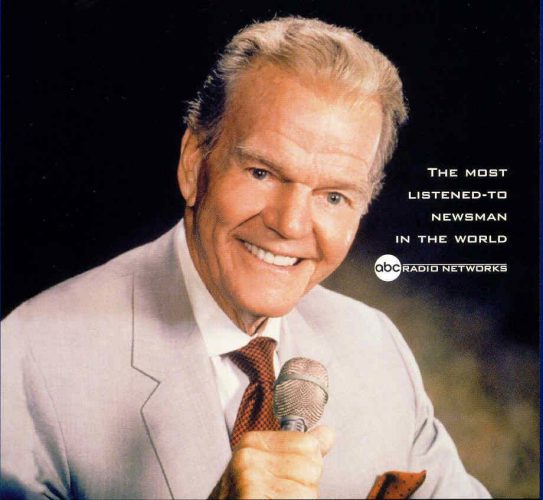 Whenever Harvey came on the air, people would tune into his program to make sure they never missed a moment of his broadcast. On the broadcast of this particular day, Harvey spoke about issues relevant to people in 1965. While he was speaking about issues more than half a century ago, the words he spoke are as relevant today as they were then.

This is what Harvey was quoted as saying on that influential day in April 1965.

“If I Were the Devil, if I were the Prince of Darkness, I would want to engulf the whole earth in darkness. I’d have a third of its real estate and four-fifths of its population, but I would not be happy until I had seized the ripest apple on the tree. So I should set about, however, necessary, to take over the United States.

“I would begin with a campaign of whispers. With the wisdom of a serpent, I would whispers to you as I whispered to Eve, ‘Do as you please.’ To the young, I would whisper ‘The Bible is a myth.’ I would convince them that ‘man created God,’ instead of the other way around. I would confide that ‘what is bad is good and what is good is square.’

“In the ears of the young married, I would whisper that work is debasing, that cocktail parties are good for you. I would caution them not to be “extreme” in religion, in patriotism, in moral conduct. And the old I would teach to pray – to say after me – ‘Our father which are in Washington.’ Then I’d get organized.

“I’d educate authors in how to make lurid literature exciting so that anything else would appear dull, uninteresting. I’d threaten TV with dirtier movies and vice-versa. I’d infiltrate unions and urge more loafing, less work. Idle hands usually work for me. I’d peddle narcotics to whom I could, I’d sell alcohol to ladies and gentlemen of distinction, I’d tranquilize the rest with pills.

“If I were the Devil, I would encourage schools to refine young intellects, but neglect to discipline emotions; let those run wild. I’d designate an atheist to front for me before the highest courts, and I’d get preachers to say, ‘She’s right.’ With flattery and promises of power, I would get the courts to vote against God and in favor of pornography.

“If I were the Devil I’d take from those who have and give to those who wanted until I had killed the incentive of the ambitious. Then my police state would force everybody back to work. Then I would separate families, putting children in uniform, women in coal mines, and objectors in slave-labor camps.

“If I were Satan, I’d just keep doing what I’m doing, and the whole world goes to hell as sure as the Devil.”

Does this remind you of anything happening today?