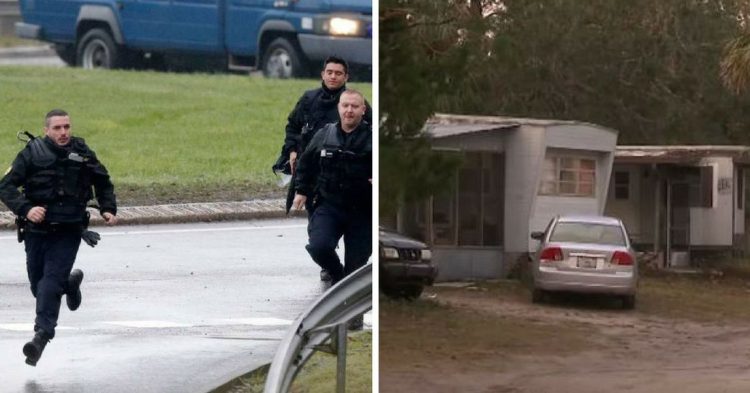 You can go years without needing to call the police or 911. I don’t think I had ever had to do it except last week when I witnessed a reckless and potentially drunk driver threatening the lives of other commuters. During rush hour after work, the crazed driver sped between two lanes of traffic and then careened over the double-white lines of a highway onramp to get past as many cars as possible. Although the traffic was halted in bumper-to-bumper traffic a few yards ahead, this person was willing to risk their safety and that of everyone else on the road so they could get one car-length ahead of where they had been.

When I called 911, they had already received several other calls about the same car. And minutes later, state police arrived on the scene, and the maniacal driver was busted. It was proud to contribute to the public safety in my state.

But in this story, a toddler calls 911 for a dramatic reason. And when police arrived, they cannot believe their eyes. They’re horrified that a little three-year-old toddler was put into a situation where she needed to call for help to feel safe. But that’s what happened because the girl’s parents had left her alone with another baby. And because she was a “big girl,” they expected her at three-years-old to take care of the infant. Thankfully the girl did the right thing and called for help.

Although this girl did not understand the extent of danger she was in, she did the right thing by calling the police. And after the cops came to her, they saved her life as well as the life of the one-year-old she was supposed to be watching.

After calling 911, the toddler remained on the line with the operator for eight minutes until the police pulled up to the scene. When Volusia County Sheriff’s deputies arrived, they were stunned to see the condition the girl was left in.

The toddler, baby, and three “aggressive” dogs were alone in the dirty trailer park in Oak Hill, Florida. The children’s diapers were sagging down to their knees, filled with filth. And they were running around barefoot in the dog feces. The violent dog was running around the house while two others were caged.

And then police saw it. A loaded gun was left out so the children could “play” with it. The fridge was empty, and the children had nothing to eat.

She lied to authorities and told them that “she had only been gone for five minutes” to buy groceries with the neighbor. But when the cops put more pressure on her to tell the true story, she admitted it was all a lie. She admitted she had left the three-year-old in charge and that she thought the shotgun was broken.

A neighbor had watched the negligent mother leave the trailer on a golf cart for undisclosed reasons.

The two children were removed from Tirado’s custody. And now the state is investigating the extent of the abuse.