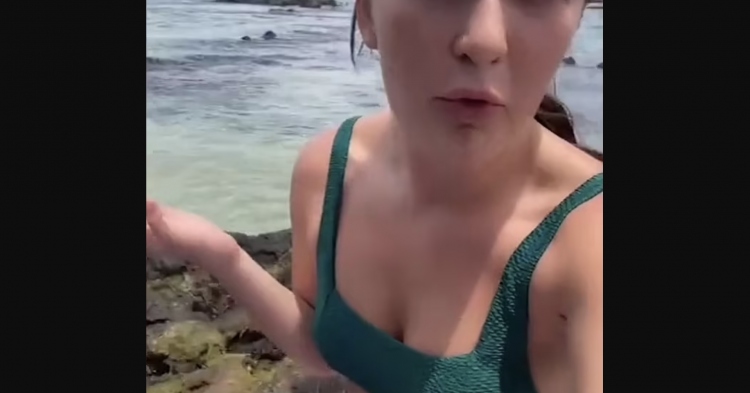 Savannah Sims took a vacation to Hawaii to get away from the dreary weather and to get some time in the sun. However, the American tourist soon found that she was not welcomed in the state with the happiest residents. In a viral TikTok video, Sims explains that a local mom confronted her for wearing a bikini at the beach, demanding she leaves because of the offensive outfit.

The woman from Houston, Texas, turned to TikTok to share her story about the encounter with the Hawaiian mother. She had been lounging on a beach on Hawaii’s “big island” when a local mom took issue with her two-piece bikini outfit.

“So I just had the worst experience in Hawaii on the big island,” she began the clip. The video appeared to be filmed at the beach only a few moments after the encounter. “I lay down at this spot that’s right off the road. And this family gets out of their car and sits down like kind of close to me. And the mom starts saying to her boyfriend, ‘No I can’t have that. That’s not OK with me.’”

At this point, Sims realized the angry Hawaiian mom was looking at her.

“So I ask if there’s an issue, and she says she doesn’t want to be seeing my butt and lady parts,” the Houston woman revealed, including the following as a caption for the viral video: “I was lying on my back so she couldn’t even see my butt.” 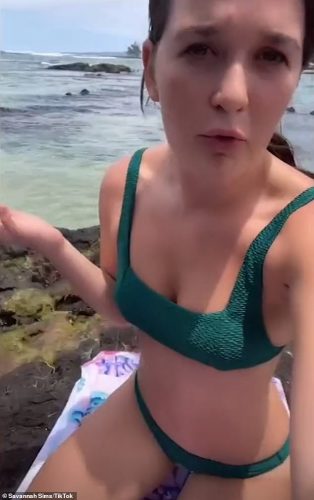 During the video, Sims shows off her body in the two-piece bikini, which she assures her viewers is “pretty fricking normal.”

“To be clear, this is my bathing suit. Pretty fricking normal, right?” she said. Sims pans the camera up and down her body to show off her figure in the bathing suit. The bikini features a sports bra-like top and a skimpy bottom that showed off her rear.

During the angry mom’s rant, she said she “‘didn’t come [to the beach] to see her body.”

As a tourist, Sims was just trying to enjoy herself and was not trying to cause a stir. She offered to cover up, but the mom wanted her to leave the beach since she was “in the way” of the mom’s view of the waves. 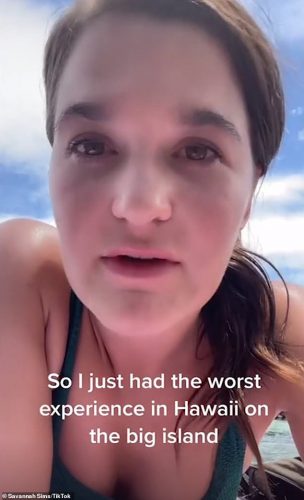 “I asked what the issue was and what I needed to cover because she was with a kid, so I was trying to be respectful,” Savannah Sims said. “And she just said that she wanted me to leave. I was in the way of her view. So I got up and left, and she said ‘mahalo’ and it ruined my day.”

Moments after the encounter, the angry mom removed her skirt to reveal a “straight thong” underneath. In a follow-up clip, Sims said: “OK update, she is wearing a straight thong bikini, which is totally fine. I wear those all the time. But to call me out and then take off your skirt and be rocking a G-string… Either she’s a hypocrite, or it wasn’t about what I was wearing.”

Who do you think was right and who was wrong?

🙄 Ik tourists can be a lot when you live in a ##hawaii , but keep in mind that the world isn’t yours, it’s to be shared ##sharing ##fyp ##respect ##love