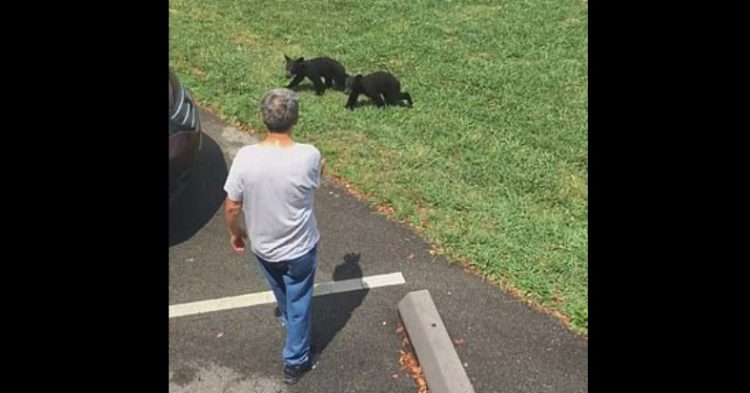 A tourist thinks it’s a good idea to pet bear cubs. Because he is inside a Tennessee national park, the man believes that all the wildlife is there for his personal enjoyment. That means he gets out of the car and approaches bear cubs in the hopes of being able to pet them. However, mama bear does not care that the man believes he is entitled to touch her babies, so she lunges at him in defense of her little ones and forces the man into a life-or-death situation.

The foolish tourist was caught on camera harassing a family of bears. He leaves the safety of his vehicle and tries to pet the small cubs while trying to shoo mama bear away so he can have free reign with the little ones. However, the mother bear will not be so easily assuaged as she charges at the man and lets him know who is boss. 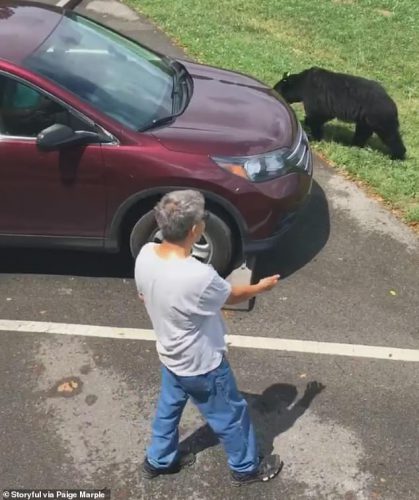 The incident occurred at Tennessee’s Great Smoky Mountain National Park and proved that some people do not understand how to behave when dealing with wild animals. Thankfully, the provoked mother bear only lunged at the man and did not strike out at him. If the bear had attacked him, the man probably would have called to have the mother euthanized despite the fact that her act of self-defense only came after the foolish tourist thought he had the right to pet the bear cubs.

It was Paige Marple who caught the tourist on camera trying to touch the vulnerable babies. She was at Cades Cove in the Tennessee National Park on July 13 at about 3 pm when she witnessed the man exit his car and approach the bear cubs. She was shocked that the man was being so arrogant and foolish and trying to reach out and touch the mother’s babies. 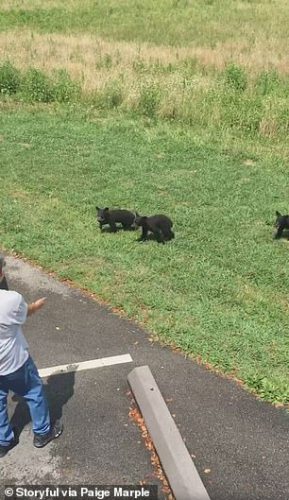 Marple shared the video on Facebook and exposed the man, who was in a gray shirt, as he walks toward a trio of bear cubs with his hand outstretched. Because his presence is a threat to the bears, the cubs dash across the paved road away from him. Nevertheless, the man continues to charge at the bears, trying to harass them. He even tries to shoo away the mother bear whose sole job it is to protect the little ones.

Because the mother bear does not care about the man’s “desires” to pet her babies, she lunges at him with a vengeance. This terrifies the man who thought that it was his right to touch every little baby animal in the park. 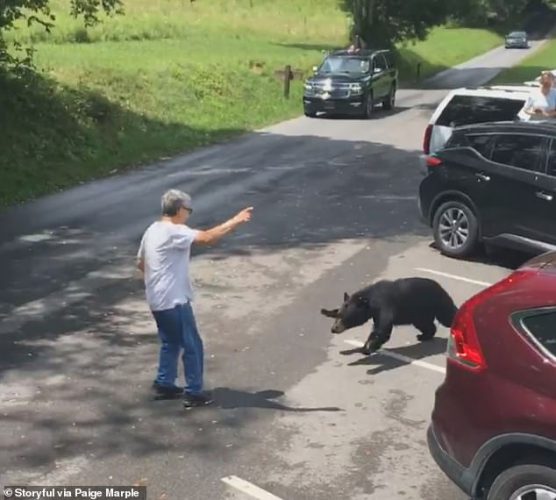 In the background of Marple’s video, someone calls the man a “dumb*ss.”

The man runs away from the bear and smiles at the other people whom he thinks he is impressing with his act of harassment. 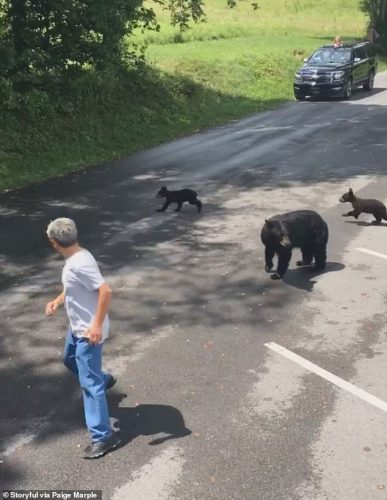 “In Cades Cove, there are signs everywhere stating to stay 50 yards away from the animals,” Marple wrote. “This man did not listen and could have died because of it. I don’t know he’s still alive honestly. Too close of encounters. Stay away from the wildlife.”