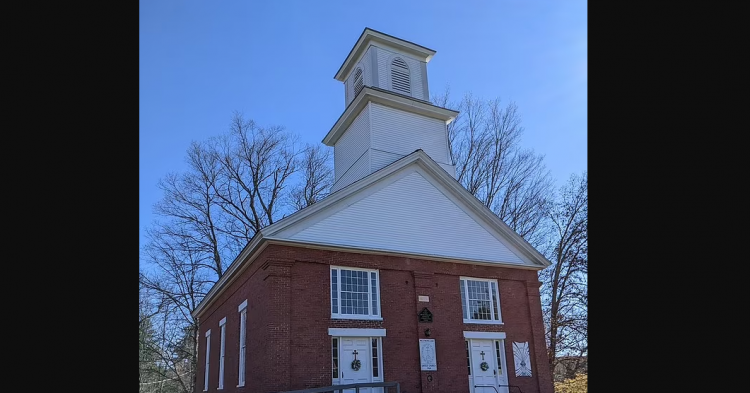 Members of the United Methodist Church in New Hampshire were shocked to wake up in the morning to find their holy house of worship defiled with “hateful” graffiti. The vandals have attacked the church twice in one week branding the building with controversial statements that push racist and homophobic views on the people of New Hampshire who are willing to die for their freedom.

The church had installed a rainbow-colored sign outside of their house of worship that proclaimed the words “Diversity,” “Inclusivity,” Love and Life,” “Healing,” “Nature,” “Serenity,” Spirituality,” and one additional word that is illegible thanks to the hateful graffiti covering the rainbow-colored sign. 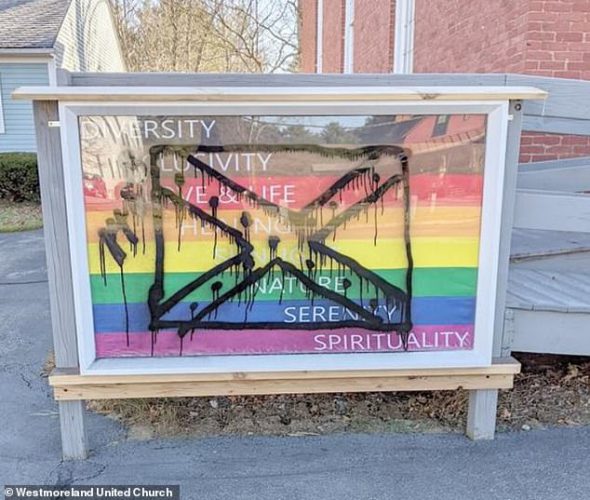 The pride display was safely stored in a plexiglass display case. The inclusive design was sprayed over with black spray paint with the racist Confederate flag symbol as well as the number “1488,” which is a well-known symbol of white supremacy, according to reports posted by the Anti-Defamation League.

Carol Austin, the church’s moderator, said that the welcoming church installed the pride flag display in the plexiglass container as a sign that their church is “open and affirming” of all types of people. Unfortunately, the white supremacists of New Hampshire did not view the inclusive sign favorably and decided to cover it up with ugly black spray paint in an effort to minimize the church’s mission and message.

The vandalized church is located about 75 miles west of Manchester, New Hampshire in the small community of Westmoreland in Cheshire County. The vandalism was first noticed early on Wednesday morning. Volunteers gathered around the church to help remove the black spray paint from the display with paint thinner. They were able to get it off the sign pretty quickly thanks to how they were able to obtain the right tools to do the job. 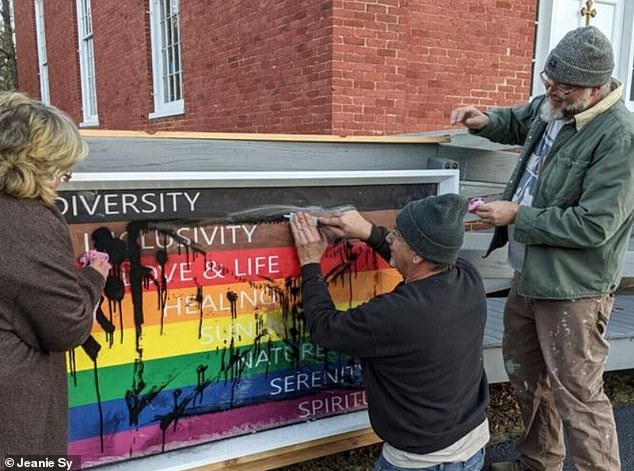 State Police surveyed the church for more evidence but found nothing. Hours later, the vandals returned to further destroy church property with their white supremacist messages. The second vandalism was so offensive to the LGBTQ community that one church member covered the sign with a shower curtain so the school children would not be able to read the hateful things the New Hampshire white supremacist wrote.

“This morning there were words we did not want school children going by to see,” Austin said. “Fortunately this sign was only installed in the last couple of weeks. It is a sign that our church is open to all. What’s interesting is this perpetrator would be welcome at the church, which is kind of ironic.”

The New Hampshire State Police are investigating the second vandalism attack. And town officials are furious that one of their local churches is being attacked.

“This beautiful church is one of the sites of such a disgusting act,” town officials said. “To deface a church sign that speaks of acceptance and inclusivity is abhorrent.”

Church member Jeanie Sy said the incident made her “very sad” for her New Hampshire community.

“’In a town of 1,200 people, in which our church is open to everyone no matter who they are, that someone has chosen to do this speaks to me [of] the underlying hate that people have for others and it’s disheartening,” Sy said.