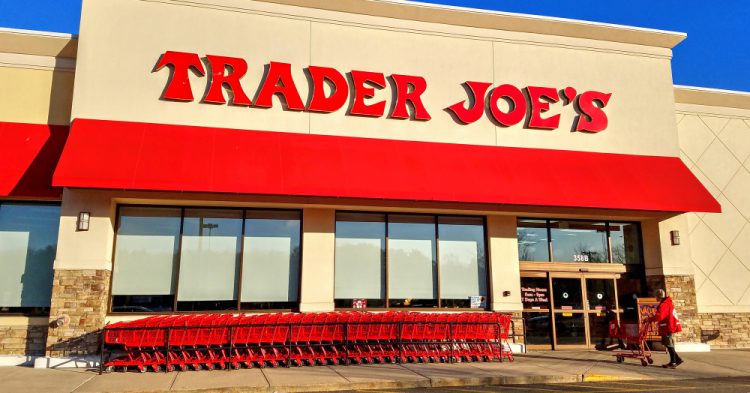 Trader Joe’s is a national grocery store chain that primarily sells its own brand of products. However, critics feel that the grocery store’s international food options employ the use of racist names because they’re called “Trader Jose,” “Trader Giotto,” and “Trader Ming’s” to give each product line some ethnic flair. However, a California teenager launched a petition to get Trader Joe’s to change the names of the product lines because they are perceived as being racist – but Trader Joe’s doesn’t have any plans to change the names.

Although reports floated around online that Trader Joe’s would change the name of their intentional food lines, the company has released a statement confirming that they have no intention to change the names of their products because of the petition that has garnered some attention online.

Trader Joe’s released a statement last week: “We make decisions based on what customers purchase, as well as the feedback we receive from our customers and crew members. If we feel there is a need for change, we do not hesitate to take action.”

“We demand that Trader Joe’s remove racist branding and packaging from its stores. The grocery chain labels some of its ethnic foods with modifications of ‘Joe’ that belies a narrative of exoticism that perpetuates harmful stereotypes. For example, ‘Trader Ming’s’ is used to brand the chain’s Chinese food.”

Meanwhile, Trader Joe’s feels that their product line names “show appreciation for other cultures.” Nevertheless, a few years ago, they made the decision to use only Trade Joe’s on all of their products and were already in the process of updating their packaging.

“While this approach to product naming may have been rooted in a lighthearted attempt at inclusiveness, we recognize that it may now have the opposite effect – one that is contrary to the welcoming, rewarding customer experience we strive to create every day,” Trader Joe’s spokeswoman Kenya Friend-Daniel said at the time.

The spokeswoman confirmed that some of the packaging have already been updated while others will be completed “very soon.” Nevertheless, the outraged California teen wants the grocery store chain to apologize for using the “racist” names and make good on the damage they caused.

Trader Joe’s released a statement that said, “We want to be clear: we disagree that any of these labels are racist. We do not make decisions based on petitions.”

What’s Trending ran the below video on the controversy and received dozens of comments from concerned people.

“I am a Trader Joe’s customer and have been for several years. I really never paid attention, but if the changes are for the better, I will still remain a customer.”

“I don’t see anything wrong in honoring each of the international foods names. I am Mexican, and I like Trader José name very much for Mexican food.”

“Isn’t Joe’s the standard because that’s the name of the brand? I’ve always interpreted the different names as being inclusive.”

“Completely mad! It’s just gone way too far! What next?”

What do you think about the names on Trader Joe’s international food?