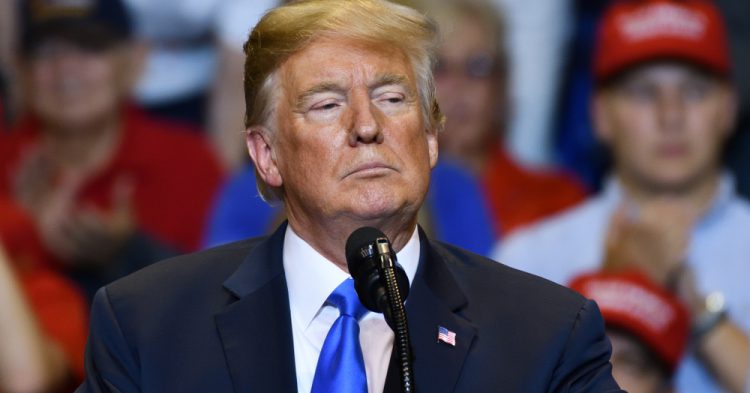 Although former President Donald Trump has not yet confirmed whether he will be running for president in 2024, he did announce something shocking about who would not be on his ticket. In a surprise announcement about his potential bid for the White House in 2024, Trump said that he would not be inviting ex-Vice President Mike Pence to join him as his running mate if he decides to shoot for the highest office in the land again because Trump does not think voters will approve of Pence following his actions during the January 6, 2021 insurrection at the United States Capitol.

“I don’t think the people would accept it,” Trump said in a Tuesday evening interview. The interviewer asked Trump if he would ever consider running for the presidency alongside Mike Pence. If Pence were to join him, then this would be the pair’s third attempt to win a presidential election.

During the interview, Trump also made it very clear that he and Pence have not been in touch recently. Trump also clarified that he does not want Pence by his side because Pence did not do what he wanted during the insurrection.

“Mike and I had a great relationship except for the very important factor that took place at the end. We had a very good relationship,” the former president added. “I haven’t spoken to him in a long time.”

Trump was speaking to reporters from his political headquarters in Palm Beach, Florida, at his Mar-a-Lago club. Apparently, Trump and Pence have been feuding since the 2020 election, in which Trump declared his victory despite losing the election to President Joe Biden. Trump continues to be furious at Pence for not overturning Biden’s certification of the Electoral College results, which was the reason Trump supporters gathered in Washington D.C. to attack the headquarters of the American government.

Meanwhile, Pence has spoken publicly about how he will never see “eye to eye” with Trump regarding the events on January 6, 2021. He also said that Trump had “no right” to overturn the legitimate results of the 2020 election in which President Joe Biden received millions more votes than Trump and won more electoral college votes than the former president.

Nevertheless, Trump insists that Pence acted like a “human conveyor belt” when he processed the legitimate results of the 2020 election. Trump insists that all of the votes were “fraudulent votes” despite there being no evidence that election fraud was conducted despite numerous thorough investigations into the matter over the course of the last few years.

“I was disappointed in Mike,” Trump said. He also referred to his Vice President pick as a mistake since the lifelong politician did not delay the certification results so the vote could go to court – something that was not in his power to do.

Trump’s interview with the Examiner also included a quote in which the former president referred to Mike Pence as a “really fine person” but that the relationship between them is beyond repair.