VIDEO: A Pack Of Coyotes Started To Prowl, But This House Cat Refused To Back Down : AWM

When you think of the brave animals, house cats might not come to mind. They’ve often considered standoffish and lazy. They’re not known for guarding homes like dogs can or alerting owners to something out of place or if someone is trying to break in. While most housecats have a reputation for independence and for sometimes being great cuddle companions, this cat named Max proves that not all cats are created equal.

Max is a white and black housecat who has exceptional levels of bravery. We’re talking superhero-levels here. If it weren’t for the video footage that captured this amazing act of bravery, no one would believe that Max was capable of it – not even his owners. But footage proves that Max was able to scare off a pack of three coyotes that were prowling on his property – without getting hurt himself. And he completed the brave act without even looking scared about what the wild coyotes might do to him. 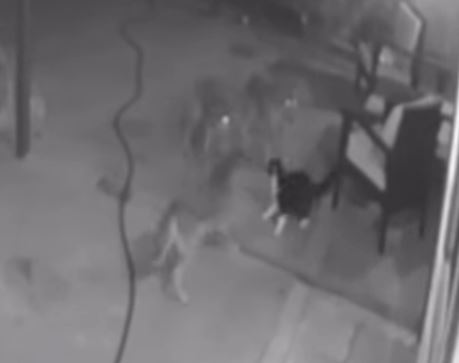 Not only did the coyotes outnumber Max, individually, they were all much bigger and deadlier. If one of the coyotes had managed to get Max between its teeth, it would have been the end of Max’s days. But the housecat had a desperate desire to live another day, which compelled him to act in the brave manner caught on video.

Max proved he was tougher than he seemed by standing his ground against the pack of coyotes. He hissed at them and swatted his paw in their direction. This proved to be enough to make the coyotes think twice about threatening Max’s life or walking in his territory. 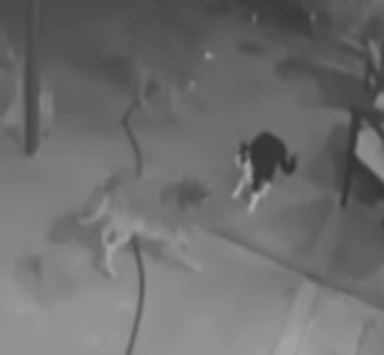 When Max’s owners reviewed the footage, they were in shock. Although they let Max in and out of the house, they never thought he was protecting their property from the coyote pack that was known for terrorizing the neighborhood. There had been numerous reports of the coyotes in the area, and it was only a matter of time before they venture into Max’s vicinity.

Coyotes often target small animals like housecats. That means Max made the perfect prey for these nocturnal predators. But he was not about to give himself up without a fight to the death – and he made sure the coyotes knew he’d be more trouble than he was worth. 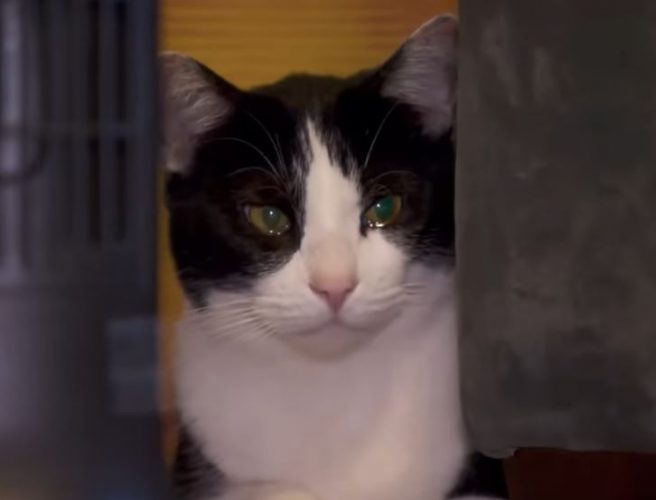 Inside Edition acquired the footage and ran a story about Max and his defense against the coyotes. While animal lovers the country over are horrified that Max had to deal with such a threat, this story has a happy ending.

But coyotes are a real danger for cat owners. If you let your cat wander around your property or neighborhood at night, know that they might have to face the same situation as Max. And not every cat is fit for a fight to the death. While this footage is inspiring because you see an animal fend off three predators that are all bigger – it is also alarming. It may make you think twice about letting your cat wander around at night.