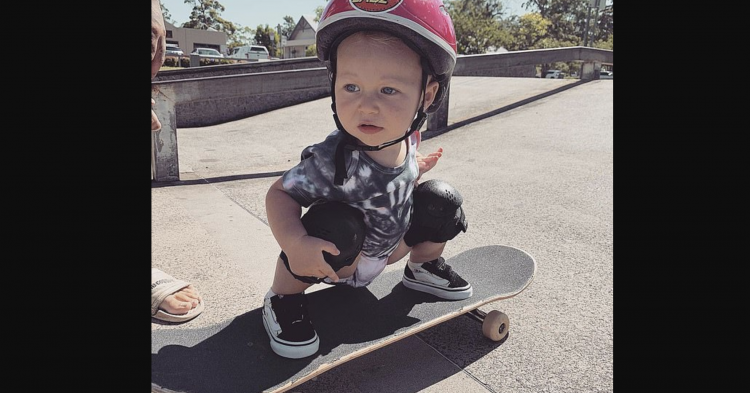 Last September, mom Jessica-Leigh Allard began uploading TikTok videos of Polly skateboarding. Because people love watching little girls do awesome things, fans were delighted to see Polly skateboarding with the help of her dad. So far, Polly’s videos have amassed millions of views and millions of “likes” on the Chinese-created platform. And the little girl has a lot of fans on TikTok, with as many as 618,000 followers to date. 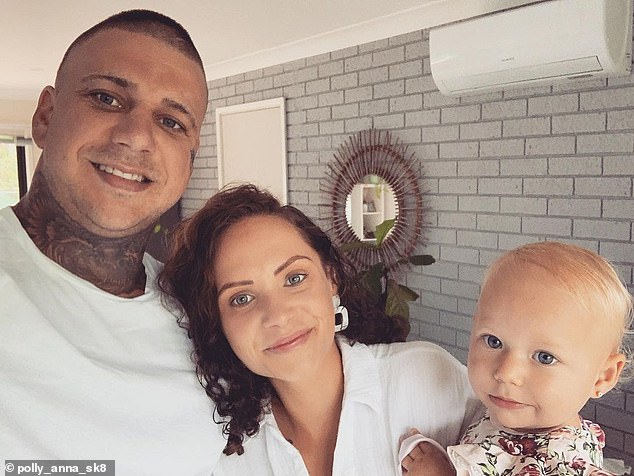 Footage shows Polly smiling from ear to ear as her father pushes her around the skate park. Polly seems to know how to balance on the board as she goes up and down ramps with the help of her beloved daddy.

Because the little girl is so young, her father equips her with the latest protection technology. She wears a helmet and shin pads to make sure she won’t get hurt too badly if she has a spill while on the skateboard course. In each skateboarding video of Polly, dad seems to be very close so he can catch the little girl if she falls off the board while on the course. 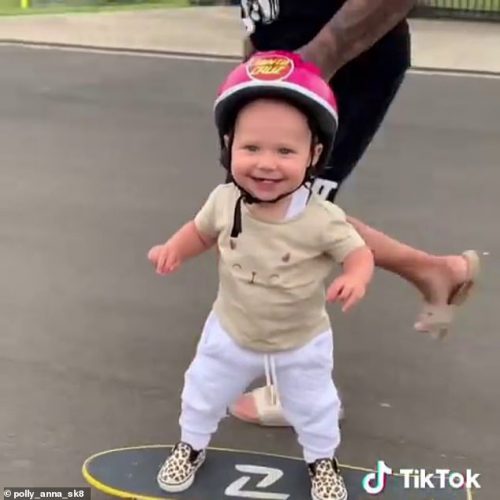 However, Gray claims that he seldom has to intervene to protect his 15-month-old daughter, which is quite impressive.

Recently, the family appeared on Today Extra to speak about how the little girl became such a skateboarding expert at such a young age. 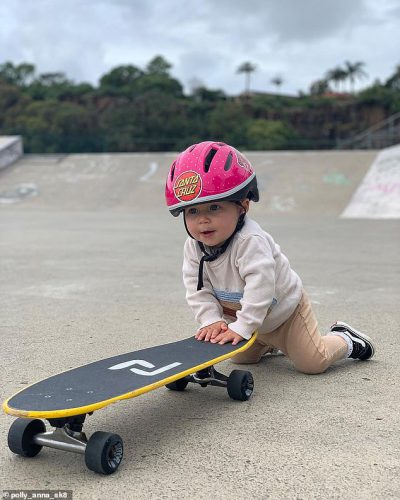 “We went away one weekend, and she was very interested in the skateboard that we had in the cabin, and so Wayde was pushing her side to side as she was balancing. It was even before she was walking,” Allard said. “She seemed very confident to get on the board, so we just pushed her in the house here and there. I said to Wayde one day, can you please play with her while I wash up? And then he pushed her down the hallway, and she had the best balance ever, so we’ve just kept going since then. It was really a bit of a shock.” 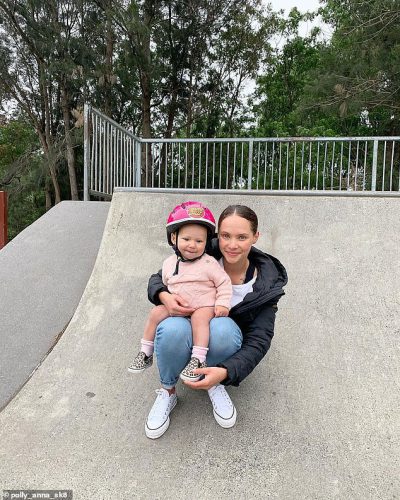 Gray loves that his daughter has a natural ability on the skateboard.

Although mom was worried about her daughter skateboarding at first, she now doesn’t worry because dad is always nearby. 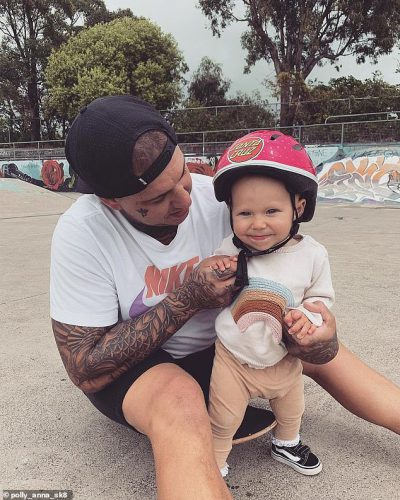 “I just knew she wasn’t going to hurt herself because Wayde is always there,” she said.

The family is delighted that Polly has become TikTok famous.

“There was never any intention of all this publicity. It was just a pretty cool baby skating, do you know what I mean?” Gray said.