VIDEO: The Bus Driver Slapped A Little Girl In The Face, But Some Say The Girl Deserved It : AWM

An old woman was fed up with one of the girls on the school bus. Although she was hired to assist the bus driver as a school bus aide and was supposed to be kind and generous to the little ones taking a ride to and from the educational institution, one bus aide was caught being anything but kind. When she got fed up with a 10-year-old girl with brain damage, the bus aide, 78-year-old Francella van Fossen, launched into a violent attack on the child that was caught on camera.

The incident occurred back in May 2019 in Noblesville, Indiana. Van Fossen was caught on video smashing the child in the head even though the little one already had brain damage. 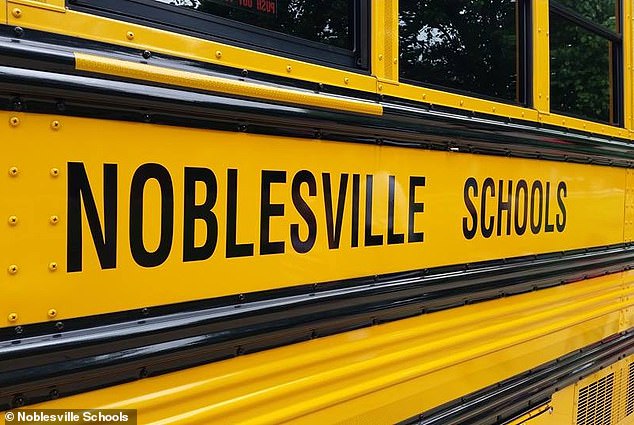 Because school buses are equipped with video recording equipment, the camera caught Van Fossen struggling to buckle the girl up before she unleashed a torrent on the child with an assemblage of madness.

Because the aide is struggling to do her job, failing to buckle the child into the seat for at least one minute, as she does, the child, who suffers from brain damage, becomes agitated and upset with the struggle.

“Be nice! No pinching, no scratching, no kicking, no biting,” Van Fossen is heard saying in the video to the brain-damaged girl. She struggles to put the seat belt over the girl’s shoulder.

The girl grows increasingly agitated. She appears to hit Van Fossen several times on the arm before she leans over and apparently sinks her teeth into the elderly bus aide.

After feeling the girl’s teeth chomping down on her arm, Van Fossen turns around and strikes the disabled girl across the face.

Another woman gasps in shock upon seeing the elderly bus aide striking the brain-damaged child. 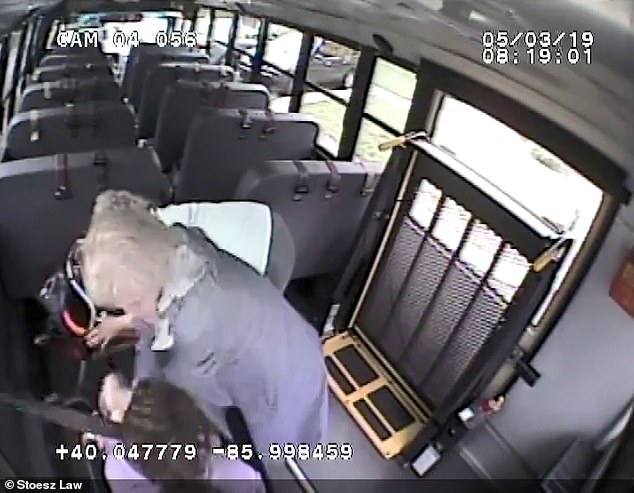 As the girl continues to resist, Van Fossen and the other woman work together to get the girl secured before they drive off.

Prior to this incident, Van Fossen had been transporting the same girl for about three years. She was very familiar with the child and the special needs she requires.

According to court documents, Van Fossen told investigators that she “touched” the child’s face after the girl bit her. However, the video footage proves that it is not quite the case.

On Monday, the elderly bus aide is expected to plead guilty to the battery charges. If she does, her punishment will be a lot lighter. If she decides to fight the charges in court, she could face a stricter sentence with some real jail time.

“Student safety is our top priority, and we have zero tolerance for behavior that puts our students at risk in any way. We immediately addressed this issue in collaboration with Noblesville Police upon learning of this situation back in May. The bus aide in question is no longer employed with Noblesville Schools.”

How badly do you believe the bus aide should be punished for beating the brain-damaged student?