Watch What Happens When You Play The Violin Near The Ocean 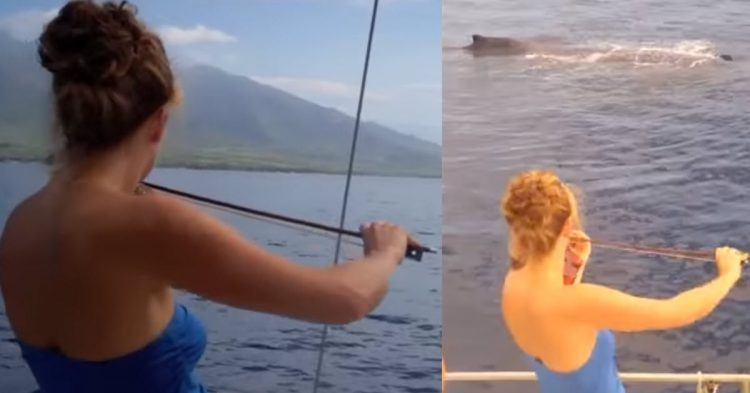 Back in 2011, a video debuted on YouTube that took the internet by storm. In the decade since its release, more than one million people have viewed the delightful content that merges two beautiful worlds into one – the world of music with the animal kingdom. As you watch the breathtaking video (which is only about two and a half minutes long), you will be swept away to an alien world by the eerie violin solo and then brought right back down to Earth as the group of humpback whales breaches the surface of the Pacific Ocean off the coast of Maui in Hawaii to hear more beautiful violin music.

The video begins with the violinist playing a melancholy tune on her violin. The female player, who is wearing a blue sleeveless top, gazes out over the ocean as she uses the gentle waves and calm waters to inspire her playing of the instrument. 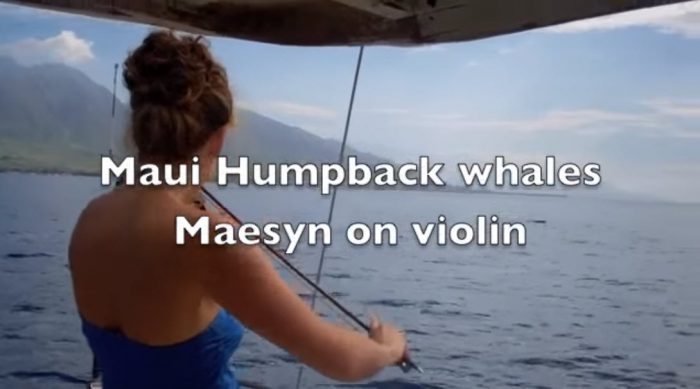 Within moments of the video beginning, a whale can be seen breaching in the distance. But that lone whale is only the beginning of the magnificence that is about to emerge for the world to see.

At the one-minute mark, the video cuts to a close-up of humpback whales near the boat. The violinist continues to drag her bow across the strings of the instrument, tantalizing the whales into a beautiful dance.

Thousands of people like you left comments about how the video touched their hearts. Although the video was uploaded to YouTube years ago, comments continue to stream into the section from as recently as a few days ago. You are welcome to contribute your comment as well and keep the delightful conversation going so more, and more people can take a break from their mundane lives to experience something as beautiful and grand as this moment of music beside the ocean. 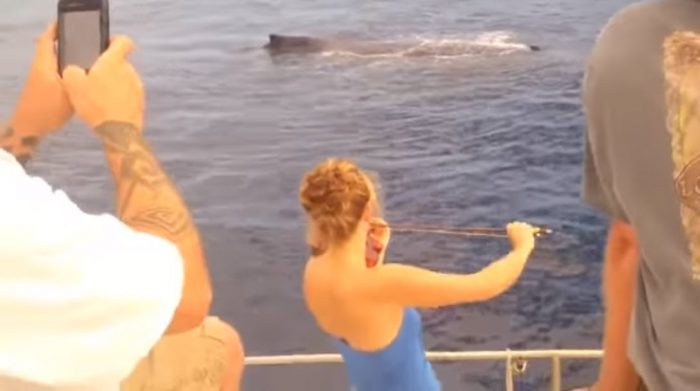 “I think animals at zoos would benefit from music being played.”

“Whales are like ‘hey my grandmother used to sing that song to me. She learned it when the titanic sank.’

And some viewers could not help but share a good joke with the audience.

“It’s getting harder and harder for classical musicians to find an audience.” 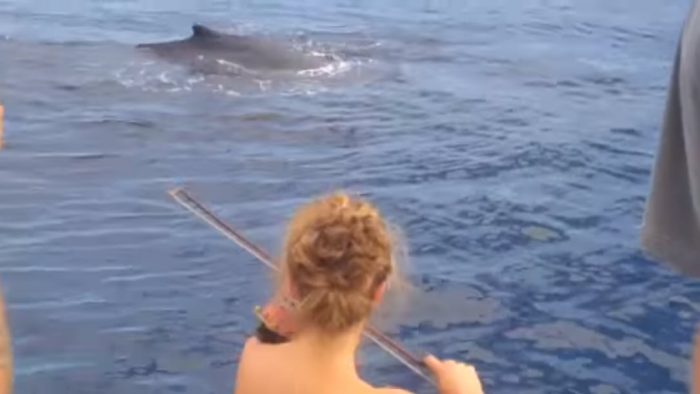 One person was inspired to share a personal story.

“My uncle was 2nd violinist for a major symphony orchestra. A little over 50 years ago, when I was a small child, he took me on a magical balloon ride over Stellwagen Bank. It was he, the owner of the balloon, and myself.  For over an hour, we floated about fifty feet over the water while he gave his final concert.  A pod of perhaps fifty humpbacks was obvious fans of classical music.  The balloonist often took tourists over the spot, and he exclaimed that the whales, while frequent visitors to the spot, rarely stayed in the exact same spot for such a long period of time and never remained in a constant state of mid breach. They all just floated there with their heads sticking out of the water.

It was the very first time I saw whales.

After visiting the whales, we continued on our journey and ended up on the Maine coast.  Later that evening, my uncle passed away. My uncle literally played himself out of the world, and for a brief moment, took me with him on that magical journey.”