Watch What Happens When You Soak A Wooden Spoon In Water 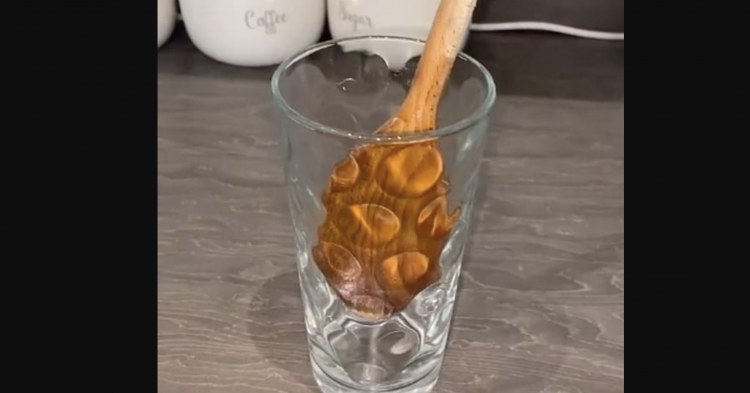 A British woman decided to give her kitchen’s wooden spoon a deep clean. Most of us skip this step in the cleaning process. But the 20-year-old student teacher decided to upload her cleaning process via a video to the Chinese-created TikTok app. As it turns out, most of us are probably under-cleaning our wooden spoons, as you are about to see in the video at the bottom of this page.

Wooden spoons are one of the most popular utensils for home cooks. However, the British woman has shown all that these utensils need to be thoroughly cleaned lest they carry residue from previous dishes. In the short video, the student-teacher pours boiling water into a glass and then inserts the wooden spoon into it. 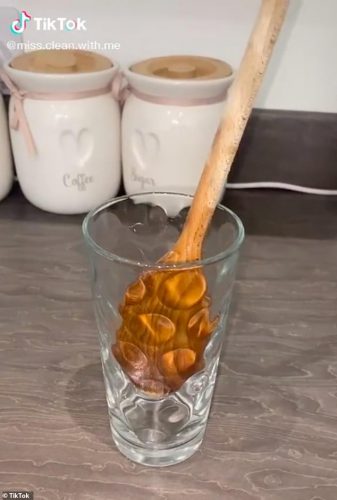 After swirling the spoon around in hot water, it does not take long for gunk and debris to come right off the wooden utensil. And when you see what the water looks like after the little experiment, you’ll be repulsed and probably never want to use your wooden spoon again.

The TikTok user posted her viral content under the username miss.clean.with.me. She focuses the camera on the glass with the wooden spoon and lets it do its thing for a bit of time. When she returns to the glass a while later, she finds the spoon sitting in a gunky yellow stew.

She uploaded the cleaning video along with the caption, “I was not prepared for this [vomiting emoji]” – and people knew exactly what to expect from her cleaning video.

The twenty-year-old woman behind the video admitted that she tossed her spoon after realizing how dirty it was. And then she uploaded the video to TikTok to inspire other people to clean their wooden spoons better – or to just toss them in the trash and use other utensils while in the kitchen.

TikTok users left many comments about the video because they were appalled that wooden spoons hold onto so much debris after every cooking session. There’s a reason this video has received more than sixteen million views since it was uploaded a few weeks ago. 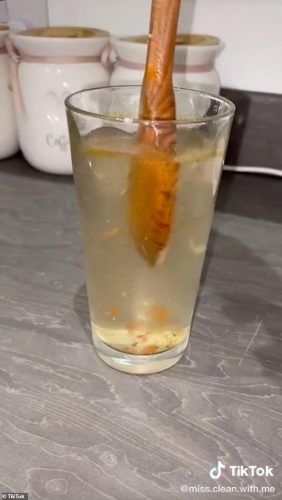 One person simply declared, “This is why I don’t use wooden spoons.”

“Wooden spoons hold the most bacteria and mold. One of the most porous materials!”

“I’m not doing this to my years’ old wooden spoons. I don’t want to know. It boosts my immune system.”

One TikTok user, who claimed they worked as a health inspector, revealed that there’s a reason restaurants do not use wooden spoons in their kitchens.

“We don’t let kitchens have wooden utensils because wood is essentially a sponge for stuff like that. Impossible to fully clean,” the person wrote.

However, some people felt that the cleaning video ruined the effectiveness of the wooden spoon.

“Well, there goes the seasoning.”

“That’s why my soup tastes good,” another wrote.

But most people felt that they’d rather not know what’s on their spoons.

“Sometimes I like to remain in ignorance. This is one of those times.”

When was the last time you cleaned your wooden spoon?

I was not prepared for this🤢 Tiktok teaches me so much! ##clean ##cleaning ##satisfying ##asmr ##cleantok ##foryou ##fyp