We Finally Figured Out What The Thousands Of “Eggs” On The Beach Are From : AWM 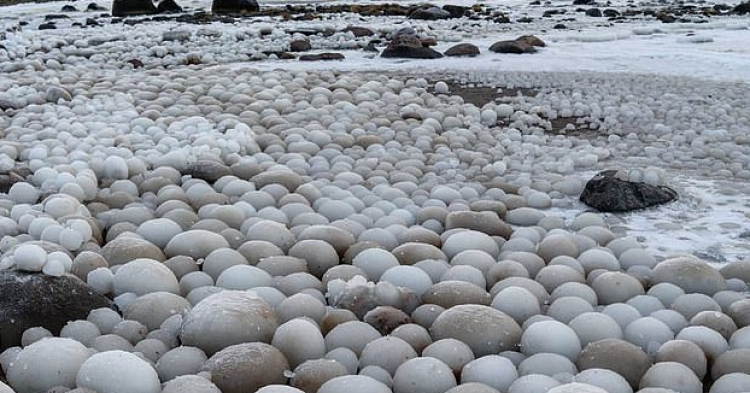 When people in Finland started noticing a strange assortment of egg-shaped lumps of ice appearing on the shore, they had no idea what was causing them. It was a mystery that stumped even the smartest scientists and researchers. Nevertheless, people across the globe became mesmerized by the bizarre phenomenon of nature as they took a closer look at what was happening along the coast of this beautiful Finnish island in the Baltic Sea.

The beach where all the ice balls are appearing is on Hailuoto, which is located in the Gulf of Bothnia. The first images of these bizarre balls of ice were captured earlier this month by Tarja Terentjeff, who happens to live about 35 miles away from the site. 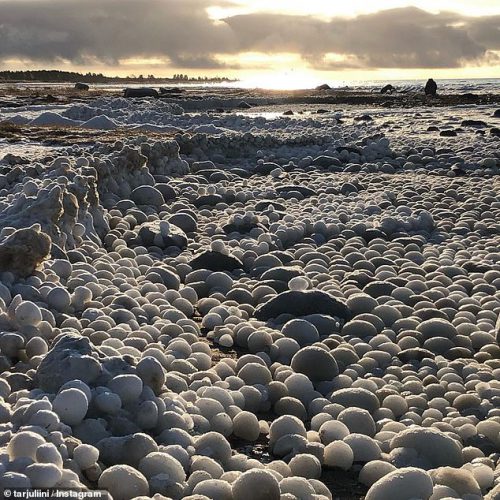 “This was an amazing phenomenon. (I’ve) Never seen before. The whole beach was full of these ice balls.”

While some people, including photographer Sirpa Tero, have seen these ice formations before, they have never noticed them to this volume. The number of ice balls appearing on this Finnish beach astounded both the locals and people viewing the images online from across the world. Everyone found them remarkable.

Tero explained that while her photographs captured some of the ice balls. This natural phenomenon stretched on for “miles,” covering the coast of the island. There were more ice balls than could possibly be counted. 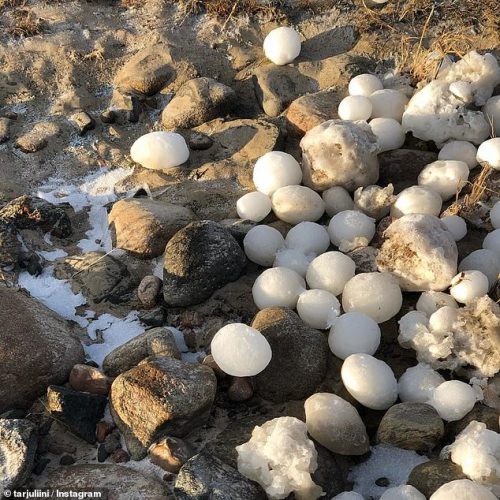 Although the phenomenon seems amazing and almost alien, some people believe the explanation is rather simple. Waves near the shore apparently break up the ice in the partially melted seawater, which then shapes them into circular objects that look smooth to the touch.

These broken off layers of ice get stuck together and then continue to grow, producing a large sheet of ice in the water. This gets smoothed to the shape of these balls by other waves as well as the harsh Nordic winds. They get spun around again and again in the water, which erodes them down into their round shapes. 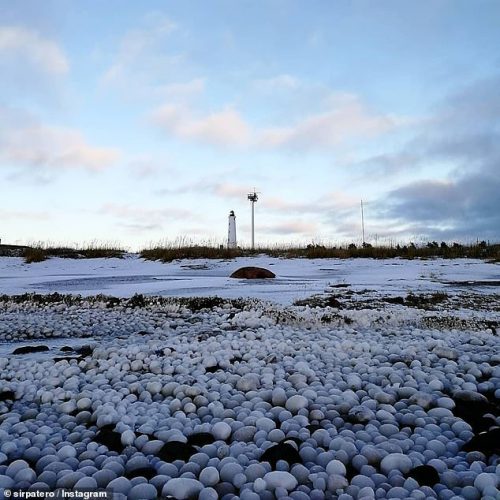 The island is located between Finland’s west coast and Sweden’s east coast. Photographers have hurried over to it so they could capture images of the natural phenomenon. The photos show that these ice balls appear to be almost like rocks that have been smoothed down over the years by their time in the water.

While these ice balls are rare, they are found in other parts of the world. Some of these balls were spotted in the Great Lakes, including Lake Michigan just outside of Chicago. A video from the pier of St. Joseph Lighthouse in St. Joseph, Michigan, showed similar ice balls floating in the Great Lake. 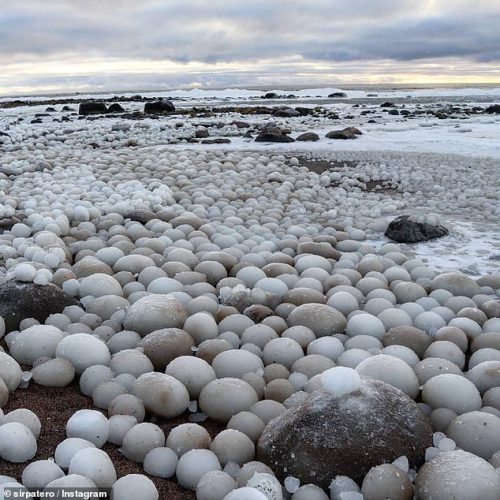 For these to form, meteorologist Ari Sarsalari said that three elements must be present, and these are cold air, water that’s not as cold, and wind.

“You start with a small piece of ice on the lake, and with the wind whipping all that water around, all this spray gets on (the piece of ice), and it kind of freezes instantly, and you end up with these big old balls of ice.”