We Finally Figured Out Why Women Are More Likely To Die In Car Crashes : AWM 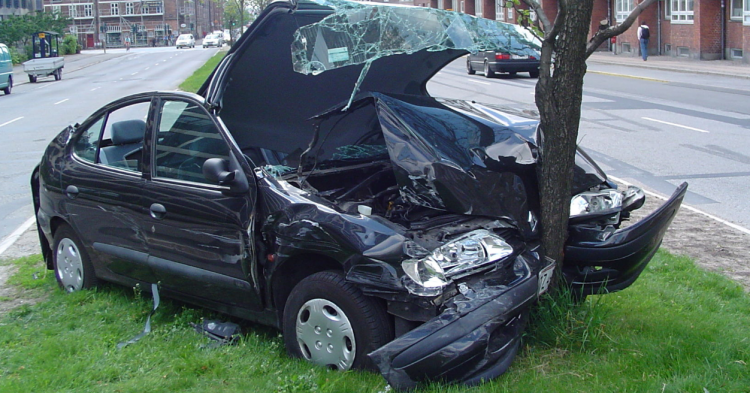 Did you know that women are 73 percent more likely to die in a car crash than their male counterparts? It’s true, and now the reason for the horrible statistic has been discovered. Crash test dummies are designed with male bodies and do not mirror the body types of females. This means that car safety tests do not accommodate for women or test any safety measures with women’s bodies in mind, making it impossible for manufacturers to create features that would be safer for women.

Experts now urge the federal motor vehicle safety standards to be adjusted to include crash test dummies that are designed from the female body. As it stands right now, automobile safety tests do not require female-bodied crash dummies. This leaves women at higher risk of dying in an automobile accident than their male counterparts because experts have no idea how their bodies react in a crash.

With the current crash dummy, five-feet nine-inches tall, and a body shape that mirrors that of a man, the average female is left vulnerable. Since women are about five-feet four-inches tall, they are more vulnerable during a crash.

When the University of Virginia conducted a study on driving safety in July, the results astounded them. Although men exhibit riskier behavior while driving – including being more likely to drive while intoxicated or engage in road rage – women were 73 percent more likely to die in a car crash. The results had to deal with a head-on car crash and were the same even if women wore their seat belts.

The study analyzed data from a sampling of 22,854 police-reported front-end crashes. These crashes occurred between 1998 and 2015. Women were far more likely to die than men.

The crashes involved 31,254 car occupants. The ages of these people were between 13 and 97, with the median age being 32. The results were split evenly among men and women. Besides finding out that women were more likely to be hurt or killed, they also found that newer models of cars were far safer than models prior to 2009.

Because automakers do not test car crashes with a dummy that resembles the average female body type, more women are dying in car crashes. This problem has been known for decades, but automakers have ignored it. Consumers Reports reported back in the 1980s that male and female body types performed differently in crashes.

National Highway Traffic Safety Administration claimed that “the agency already addresses inequality in crash outcomes by requiring the use of a 5th percentile female dummy. The agency’s use of the female and male dummies represents a broad spectrum of occupant crash protection rather than merely focusing on median body types.”

The statement added, “Currently, NHTSA is focusing its research on new advancements in both sizes of crash test dummies, including the use of advanced instrumentation and criteria designed to mitigate respective injury risks better.”