We Finally Got A Peek Inside Jeffrey Epstein’s Desert Ranch Where He Hosted Underage Girls : AWM

Although the alleged crimes of Jeffrey Epstein are brutal and disgusting enough to make any parent cringe, the “truth” of what he did to little girls never got proven in the court of law. Because Jeffrey Epstein died before the hand of justice had a chance to slam down the gavel of punishment on the alleged child rapist, America never got to fully discover the truth of what Epstein was using his millions of dollars to do to children – until now.

Photographs from Epstein’s ranch in New Mexico reveal a lifestyle focused on raping little girls. The images are enough to make you vomit in your mouth, as you realize what he was using these exclusive rooms for and the type of victim (young girls) he would hurt in this residence. 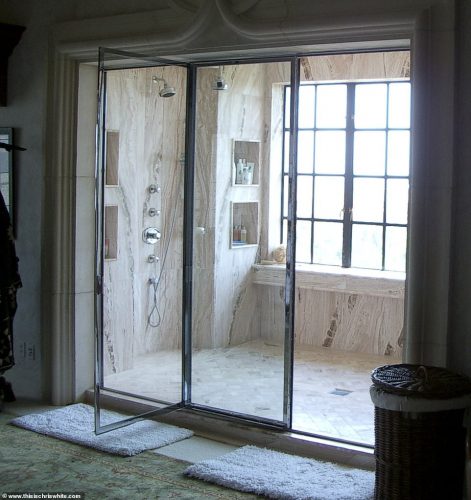 The remote ranch included a “party shower,” where Epstein allegedly brings little girls. There were eight showerheads all ready to burst forth with water at Epstein’s discretion regardless of what his victims wanted.

The home also included a life-size installation of Jesus Chris on the cross, which was only feet from the “underground strip club where (children) would entertain VIP guests.” 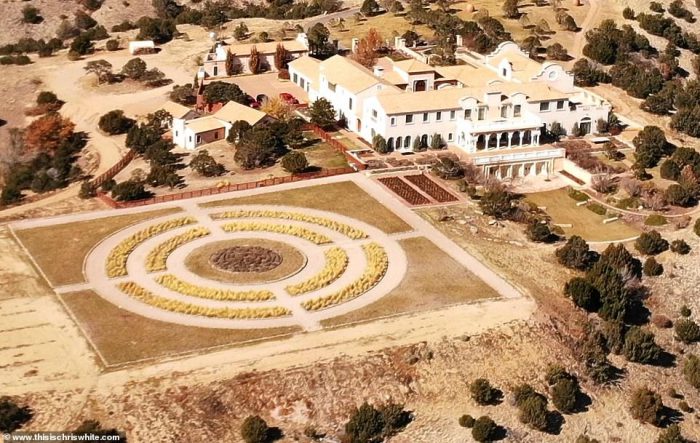 Epstein used the 10,000-acre ranch in New Mexico, which he dubbed the “baby-making ranch,” to indulge his passion for underage girls. The home included 1,000-square feet “strip club,” where he’d task the children to entertain him and his pedophile friends. Epstein would invite as many as 30 VIP guests to his pedophile playhouse several times each year, entertaining them with underage girls and four-wheelers.

A source at the Zorro Ranch said that the “security” cameras were used to film the horrible behavior of the VIPs when they were alone with the underage girls. Because Epstein had so much video footage of his guests and their devious predilections, he and his “fixer” Ghislaine Maxwell felt “untouchable.” They had so much leverage against powerful people that they felt nothing would ever come of it. But now Epstein is dead, and the entire child sex ring is coming undone. 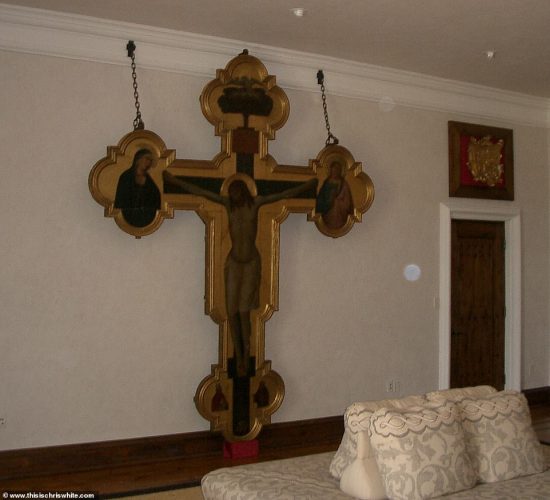 Drone footage captured the ranch in all its “glory.” Because the ranch has been neglected since Epstein committed suicide in August, the mansion is in a state of disrepair. The ranch even has a private airstrip, which allowed his VIP guests to come and go without having to alert anyone to their presence at the pedophile playhouse. Epstein often flew underage girls on his private plane, which he called the “Lolita Express” after the book about the pedophile.

The photographs inside Epstein’s pedophile playhouse ranch in New Mexico show a lifestyle that deserves to be put to an end with a lifetime prison sentence. To think that the underage girls would be put through this torture to entertain rich pedophiles is sickening. 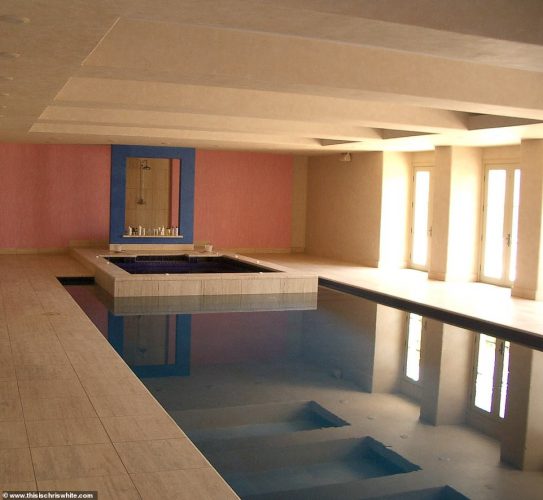 Photos from the estate show that the place has outhouses and farming equipment, which makes it appear to be an “innocent” place where Epstein would abscond to when he wanted to escape his expensive lifestyle in New York City. But inside, the home has a “party shower,” and a strip club designed to suit underage girls as they entertained Epstein and his pedophile friends.