When Dad Got These Text Messages Of His Baby In The Cold, He Called The Police On Mom : AWM

Being a mom is hard work, and some just aren’t cut out for it. A Russian mother who left her three-month-old baby naked on a balcony in freezing temperatures to spite her ex-husband remarkably was only slapped with a fine – and the child remains in her care, despite the stunt. Elizaveta Klimova texted her ex, the baby’s father, Aleksandr Potryasov, to alert him that the baby had been left outside because she noted the baby “pi***d me off.”

Kilmova sent the startling pictures to her ex, showing the baby crying while laying in a basket. 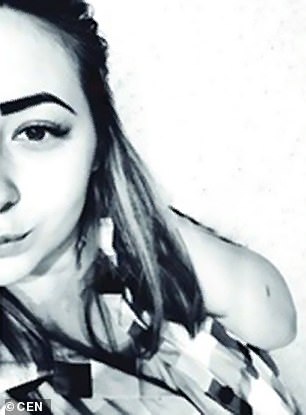 Potryasov explained to local media: “I posted the pictures to deprive my ex-wife of parental rights. After the pictures, I am afraid of what she is capable of doing to my daughter.”

He added: “I am tired of thinking that she might freeze the child to death or throw her away in the street.”

As for why Potryasov doesn’t care for the child, he explained that he is unable to because he “is working too much.”

After he made the photos public, Klimova claimed that Potryasov had left “her alone with the baby without money.” Klimova’s neighbors note that the ex had left after the child’s birth.

Police investigated the matter and a spokesperson explained: “After checking the people involved, the police found out that the pictures were taken in October this year. The baby was examined by medics and her health condition is normal.” 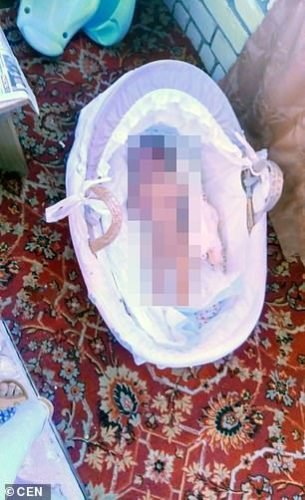 The police spokesperson added: “The mother was charged with failure of parental responsibilities and fined.”

Among the many comments left on the Daily Mail’s coverage of the story were those who were stunned by the woman’s actions. One person noted: “Sick woman! I would be love to take the precious little one and love it as it deserves. I can’t believe they fined her and gave the child back.”

Another commenter added: “Whatever the circumstances with her ex-husband she should not keep that baby.”

Others were floored by the lack of police action, as one commenter stated: “The mother was only fined? She should be locked up, and the child placed where she’ll receive love and proper care! Any other situation places this poor baby in extreme jeopardy!” 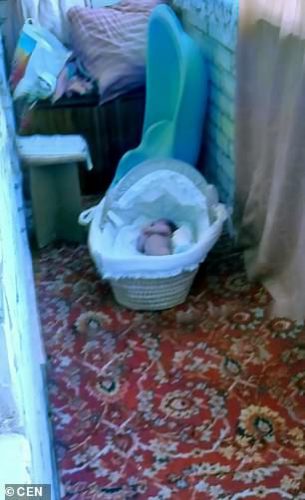 Others believed the child should be better cared for, with one person noting: “I feel so sorry for all the children that are unfortunately born to individuals that should never be left in charge of a goldfish. Every day, there is some awful article about a child being neglected, abused and killed. What a sick old world we live in.”

Still, other commenters were very concerned about both of the parents, with one person noting: “She’s horrible for trying to hurt him by hurting the child and he’s horrible for saying he can’t be bothered with his child because of his work hours. They both need to grow up.”

Others pointed out just how sad this situation is, with one person commenting: “Just think of all the people who aren’t able to have babies of their own. How horribly sad. That father is no better than the mother.”