When My Mother-In-Law Said She Was Serving This For Christmas I Almost Puked : AWM 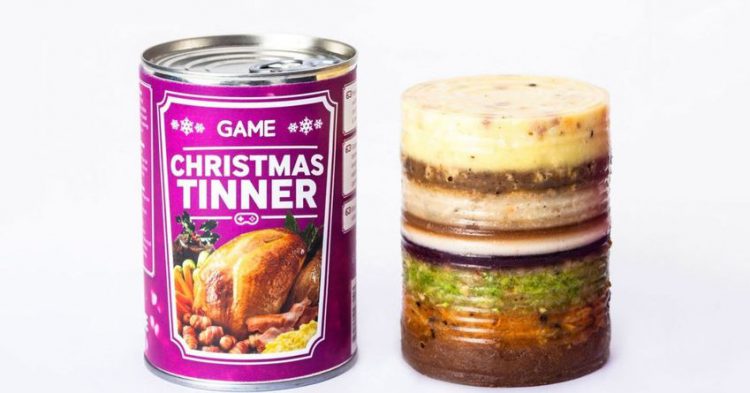 If you’re like me, you love a good holiday dinner. Whether your family gets around the dinner table for Thanksgiving or for Christmas or some other special day, nothing can replace the feel-good feeling of a holiday dinner with family. That’s why the makers of Christmas Tinner have decided to market their ingenious creation to the world. But I have to admit, the first time my mother-in-law served this Christmas dinner in a can, I was stunned, but when she explained her reasoning, I understood.

Let me first start off by explaining one thing to you that you’re going to have to understand. My mother-in-law loves football. Some have even said that she loves football more than her own children. My wife would have to agree begrudgingly. Because she’s a die-hard Cowboys fan, my mother-in-law won’t miss a game no matter what. And because the Cowboys were playing on the holiday, she knew that she could not spend all day in the kitchen preparing the turkey, ham, green beans, mashed potatoes, and other delectable dishes that usually take up her time during this time of the year.

Last year was the first time my mother-in-law revealed her solution. She figured out a way to watch the Cowboys crush the competition while also serving the traditional “Christmas dinner” that she always delivered. And she didn’t even have to turn off the television to get it done. Instead, she grabbed the can opener and simply sliced apart the top of a tin can and plopped a layered holiday dinner down on each plate. When the dish was microwaved, she slapped each plate on the table in front of us (we were all glued to the television by the way) and then told us to “dig in.”

My plate was covered in a viscous slimy dinner, the likes of which I’d never seen before. Each layer had a distinctive color to it – a color that resembled a dish often served for the holidays. When I asked about it, my mother-in-law explained that she found the innovation solution to Christmas dinner from a UK-based gaming company that sells its products to people who play video games. Although my mother-in-law wouldn’t know the first thing about holding a video game controller, she does love watching a good football game. She figured if it was good enough for video gamers, it was good enough to pair with the Cowboys game.

GAME, the company that sells the Christmas Tinner, advertises the bizarre product as follows: “a nine-course Christmas dinner layered into a can.”

The description adds, “The GAME Christmas Tinner is the ultimate innovation for gamers across the nation who can’t tear themselves away from their new consoles and games on Christmas Day.”

Here’s what you get in a can: scrambled eggs and bacon, mince pies, turkey and potatoes, gravy, bread sauce, cranberry sauce, Brussel sprouts (or broccoli), roast carrots and parsnips, and Christmas pudding for dessert.

If that doesn’t sound good, you need to rethink the way you do Christmas and Thanksgiving.

Would you ever try the Christmas Tinner?