When She Walked Into The Funeral Home She Had No Idea She Was At Her Own Funeral : AWM 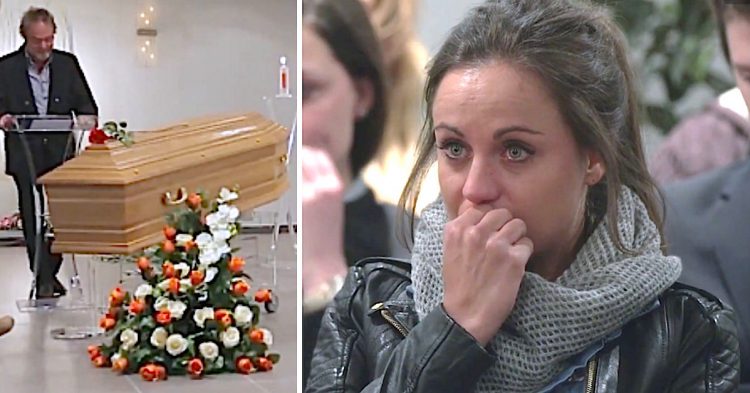 When a young woman met up with her friends, she felt betrayed when they told her that instead of going about their usual plans, they were heading to a funeral. She had expected a day of fun and games, not a depressing funeral where she’d have to feign sadness. However, when the young woman was brought to the funeral home and told to peer inside the casket, she was greeted with a realization that shook her to her very core as a human being.

The incredible clip shared by “Go For Zero,” you’ll get to see as five people, all of whom are unsuspecting, meet up with their friends for a life lesson that they desperately need to learn. While the subjects of this video are led to believe that they’re going to hang out with their friends, they’re stunned to find that they’re brought to a funeral instead, where they find themselves in the company of their close friends and family members. From there, they quickly figure out what is wrong. This is not someone else’s funeral – they’re attending their own funeral. That’s why all their loved ones are gathered together in this one place.

The family and friends attending the video hope to scared the “dead” person into modifying their behavior. They want them to see that what they are doing is far too risky and that they could lose them.

Because these people who are attending their own funerals engage in dangerous driving practices, they are at increased risk of dying in a crash. They simply drive too fast and put their lives and other people’s lives in danger every time they put the pedal to the metal. This Go For Zero video wants to encourage these people to drive slower and go for zero deaths as a result of speeding.

The ad shared the following comment about the video:

“Virtually no one feels it is dangerous to drive a few km/h faster than the maximum speed limit. However, even this ‘slight’ speeding kills and injures hundreds of people every year. And we tend to ignore the many lives of people close to us that are devastated as well. To slow down their loved ones before it is too late, people in this film set up an unusual wake-up call. They invited their speeding friend or family member to their own funeral. The emotional reality check was caught on (hidden) camera.”

Because speeding takes innocent lives, these funerals acted as a way to inspire drivers to slow down, so they don’t kill someone – or themselves – when they’re behind the wheel of a car.