When The Pope Saw Him Dressed As Spider-Man, He Had To Go Up To Shake His Hand 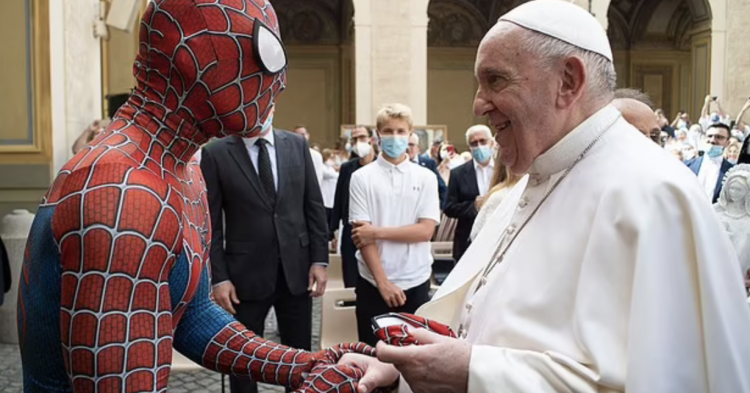 Matteo Villardita, 28, dresses as Spider-man and goes to hospitals and clinics to visit sick children. As a real-life superhero, Villardita was given special privilege when he got to meet with Pope Francis at the Vatican last week. Pope Francis typically stands as the center of attention during his events and meetings, but this one with Villardita was different. The man dressed as Spider-man when visiting the Pope and surprised people who were viewing the meeting.

Images of the Pope meeting with Villardita show the religious leader spending time with the comic book superhero. Villardita usually wears the costume to visit with sick children to help cheer them up. However, this time, he decided to don the Spider-man costume while meeting with the Pope to show the Catholic leader what it is like when he is visiting children who are sick. 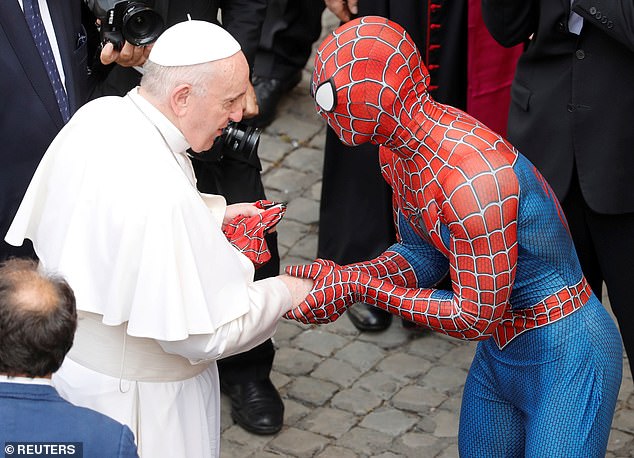 While he was wearing the outfit, Villardita asked the Pope to pray for the sick children in the hospitals and around the community and the world. During their brief meeting, the costumed crusader gave the Pope a mask “as a sign, to tell him that through these eyes I daily see pain from sick children in hospitals.”

The Pope was not wearing a face mask while meeting with the costumed superhero. However, the pair still embraced each other’s hands and held contact for a few moments. 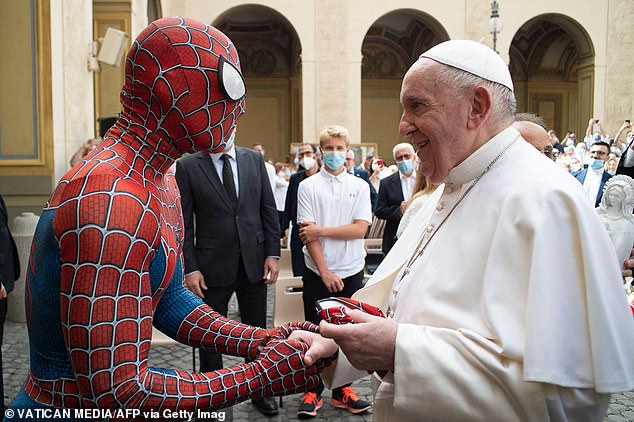 Villardita said: “It was very exciting because Pope Francis immediately understood my mission.”

In addition to his photos with the Pope, Villardita also took some snaps with children who were in the Vatican courtyard.

“But the real superheroes are the children who are suffering and their families who are fighting with so much hope,” Villardita told the Vatican’s media outlet, Vatican News.

Meanwhile, the Vatican described Villardita as “really a good superhero” for doing the work he does with sick children. 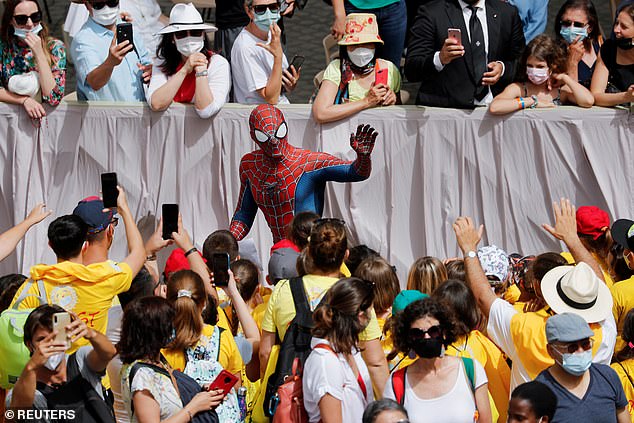 During the pandemic, Villardita was not allowed to visit with sick children because of COVID-19 restrictions. However, he claimed to have made more than fourteen hundred video calls to sick children to spread the joy of a visit with Spider-man despite restrictions that were put in place.

“I did more than 1,400 video calls, as I could not go in person,” Villardita told Vatican News.

Villardita suffered like many of the sick children he visits. He was a former pediatric patient who underwent several surgeries to help treat a congenital disease. Now, he has become a hero among Italians, even earning an honorary knighthood in December by Italian President Sergio Mattarella. 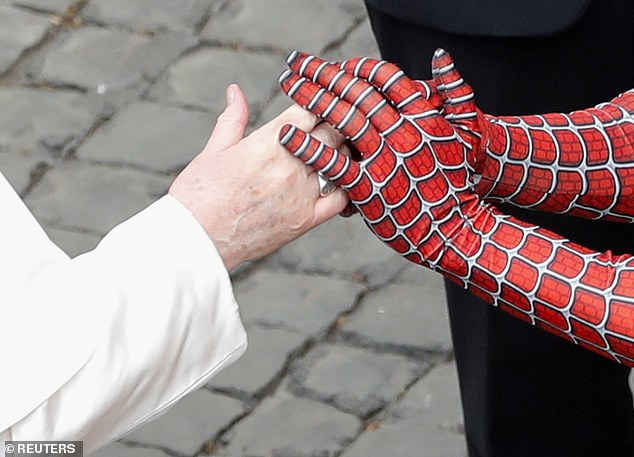 Daily Mail ran a report on Villardita dressing as Spider-man for his visit with the Pope. Here’s what international readers had to say:

“And Spiderman had to remind him that, great power comes great responsibility.”

“Bless this man who has given hope to so many sick children in hospital.”

“I am glad he is doing anything a spider can. Spins a web for goodness.”

Thankfully, this real-life Spider-man is able to do good work to inspire children. What do you think about his meeting with the Pope?