When They Saw What Fell In The Sinkhole, They Immediately Called For Help 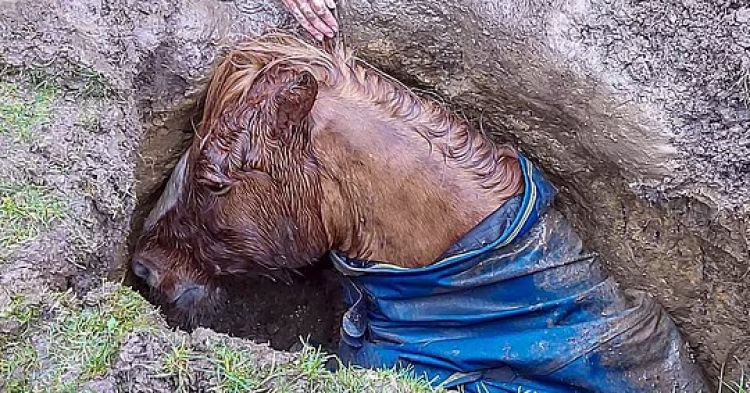 Sinkholes are becoming more common around the world. These natural phenomena occur when a hole forms under the surface of the ground, and suddenly the crust of the Earth collapses into the hole. Often these sinkholes cause massive destruction to housing and roadways, and other infrastructure, but in Mirfield near Huddersfield, UK, one sinkhole spelled a lot of trouble for a 27-year-old Chestnut stallion named Prince when the horse fell into the hole and required rescuing from a local fire department.

The sinkhole that trapped the horse Prince occurred while the steed was walking through a field at Calder Farm Equestrian. The horse suddenly disappeared and was later discovered stuck inside the sinkhole that had formed in the middle of the farm’s field. 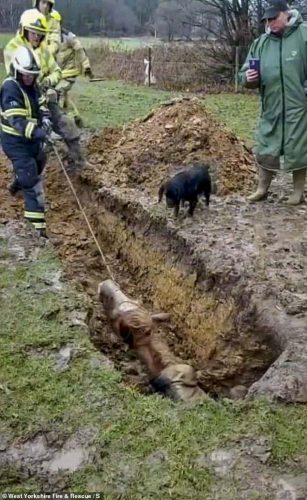 Thankfully, people called firefighters to come to rescue the steed. In addition to the fire crew, members of the Technical Rescue Team arrived at the farm along with a veterinarian to help rescue the animal that had become trapped in the sudden sinkhole. The rescuers covered the horse’s eyes and stuffed cotton in his ears to help calm him down during the rescue process. 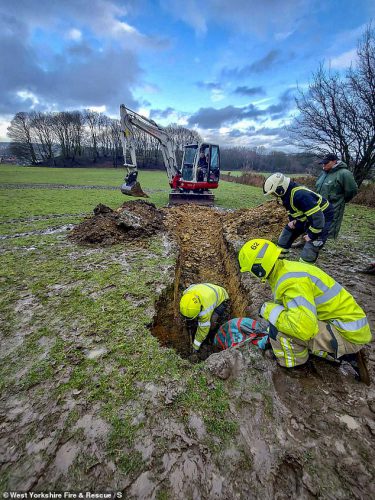 Rescue crews first used a digger to create a trench for the horse to use as a ramp to get out of the sinkhole. Prince was stuck in the ground with no way to get out until this trench was dug for him. Rescuers then attached a rope to the horse and pulled the animal until Prince was able to escape the hole that had formed in the ground. Throughout the rescue, the horse was terrified. 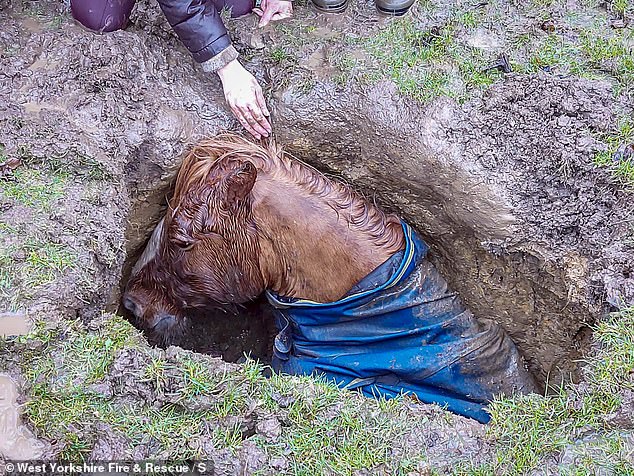 “A sinkhole can be caused by a number of things, from old mines to running water. We’ve had similar incidents in the past where cows have got stuck in sink holes, and we do have the option of putting slings around them and lifting them out,” Cameron said.

He added, “However, we felt this could be dangerous for Prince, and so we opted to dig him out instead. Once Prince had been sedated, we started to work on getting him out and back to the surface. By that point, his legs were a bit numb, and he still had a bit of climbing to do, but he managed to get out fairly quickly – the whole rescue took less than an hour.” 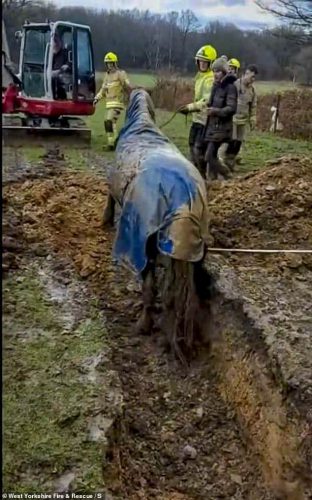 The rescue was a massive undertaking that required multiple teams of heroes as well as a digger to create the trench for the animal to use as a ramp to escape the sinkhole.

“A number of years ago, we carried out a rescue in the adjacent woodland when a horse had become stuck in a ditch, so the center knew that calling the fire service was the best thing to do. Prince was checked and thankfully recovered from his ordeal with no injuries – we were thrilled to be able to reunite Prince with his owner.”