When This Ball Of Hair Walked Into The Shelter, They Knew They Had To Do Something Fast : AWM

When This Ball Of Hair Walked Into The Shelter, They Knew They Had To Do Something Fast 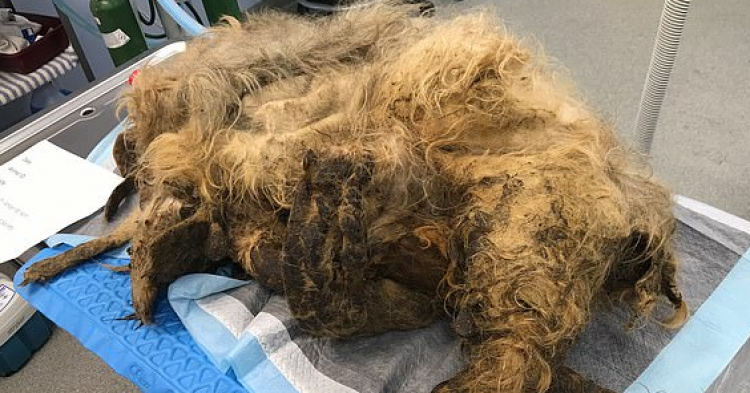 When animals are neglected, they can get into very bad shape. Dogs and cats were bred so people would take care of them. Compared to wolves and other wild animals which instinctively know how to care for themselves, dogs and cats – especially breeds like the Shih Tzu – require the love and attention of their owners to survive and thrive. That’s why the story of an 11-year-old Shih Tzu named Ellie May will break your heart.

Because the old dog had been neglected for so long, she had amassed a mass of hair on her body that weighed a staggering nine pounds! For a dog her size, that was an extreme amount of extra weight to be carrying around. She’s already very small, so having nine pounds of matted fur really held her back from living her best life. Besides the matted fur that has accumulated across her body, Ellie May has grown seven-inch nails that make it very hard for her to get around. 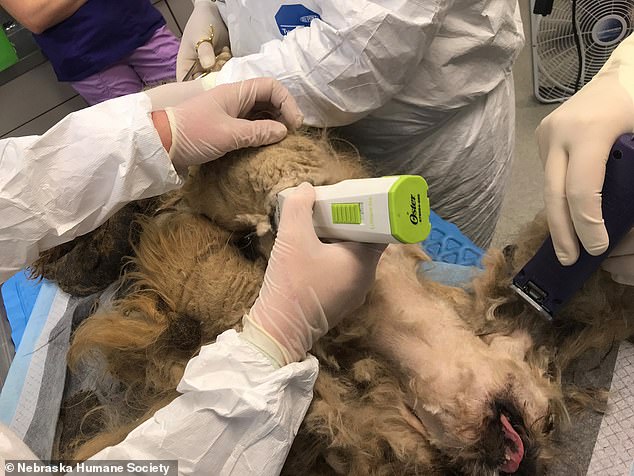 When shelter workers at an animal rescue facility in Omaha, Nebraska found Ellie May, they knew exactly what they had to do. They proceeded to give the dog the shave of her life, turning her from a “stinking mass of hair,” into the adorable dog that was underneath the whole time. The fur that had accumulated on the dog had grown so thick and impenetrable that the only way they could handle it was to sedate her and shave it all off. Even that took a lot longer than planned.

As it turned out, Ellie May’s master had died, and no one knew. She had not been found until someone came to check on the owner and found the rotting corpse. Experts believe that Ellie May had not been groomed in more than a year. When the workers at the animal rescue center in Nebraska were done shaving her, they weighed all the extra fur and found that it tipped the scales at more than nine pounds. 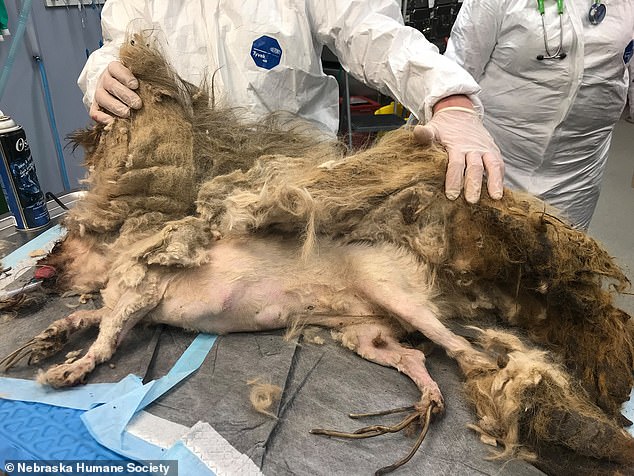 Although the hair made it difficult for Ellie May to get around, it did protect her from developing skin issues. Besides the matted fur and generally disheveled appearance, Ellie May also had two nails that had grown to the incredible length of seven inches. For a dog the size of a Shih Tzu, that’s huge. That’s big even for human beings. 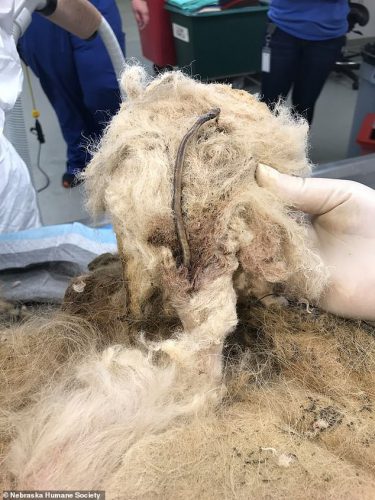 Besides giving the dog a shave and a toenail clipping, the rescue workers had to also deal with an undisclosed ailment. But now Ellie May the Shih Tzu is doing so much better. She looks cute again and no longer smells from the gunk that had accumulated in her matted fur.

Humane society officials revealed that if rescuers had not found Ellie May when they did, she could have died. She was in such bad condition and at such high risk that her health was in jeopardy — not just her health – but her life. 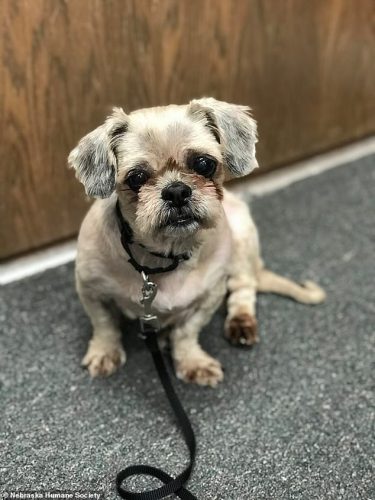 Now Ellie May is ready to be adopted. Despite being a senior dog, the shelter has already received at least one application for her adoption.