Woman Attacks Airline Employees After She Misses Her Flight Home 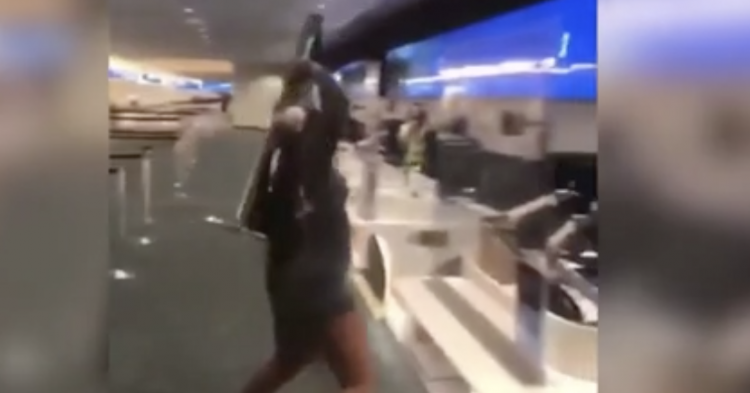 A Frontline Airlines employee had the unfortunate task of telling a passenger that she missed her flight back to New York City. The bizarre incident occurred on June 30, 2021, at the Orlando International Airport. An altercation erupted as 29-year-old Dana Pierre was trying to check into her flight along with her two children. However, the furious mother lost her temper and was caught on camera launching an attack on the Frontline Airlines employee in a shocking display at the Florida airport.

The Orlando Police Department confirmed that they responded to the airport regarding the event. Pierre had been arrested by Orlando cops and was charged with aggravated assault for her rampaging attack on the airline employee at check-in. 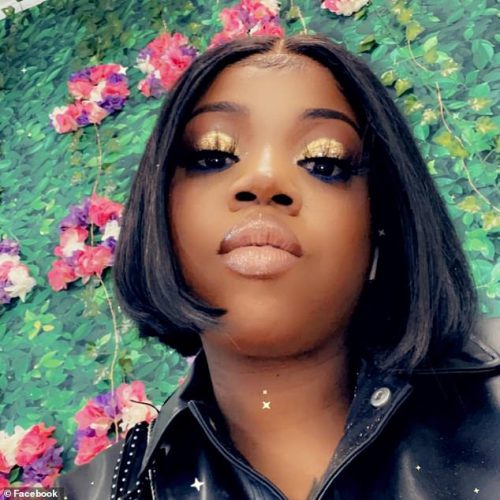 Pierre’s bail was set at $3,000. She is being represented by Daniel Cull, a public defender, according to Daily Mail.

A bystander happened to catch the attack on camera because Pierre had gotten out of control. The footage caught the moment that the furious passenger rushed toward Frontier Airlines manager, Berenit Sierra, who tried to defend herself by pushing the angry mother back.

Pierre climbed over the desk to retrieve a box. An airline employee shouted at her as Pierre threw a computer keyboard at the worker.

Another employee, Nidia Vargas, used pepper spray at the angry passenger, but the mace did not slow down the furious passenger. Throughout the entire exchange, Pierre’s seven-year-old daughter was crying and begging her mother to stop fighting the airline employees.

When things escalated, one of the Frontier Airlines employees threatened Pierre and told her that if she did not stop acting the way that she was in the airport that they would “knock you the f*** out in front of your kids.” 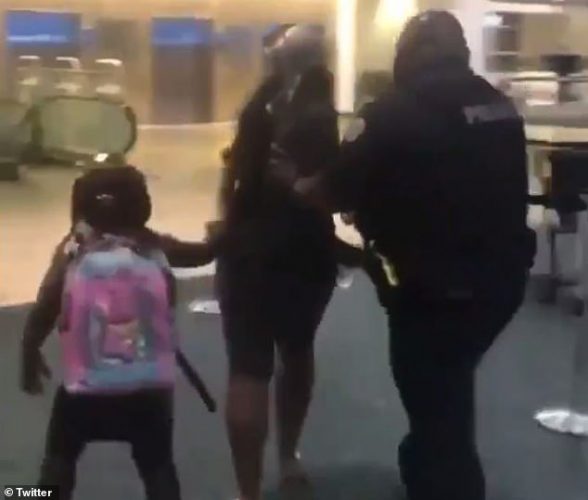 Pierre seems to remove a piece of jewelry at one point, as her daughter cries, “Mommy, I don’t want you to go to the jail.”

Fortunately, a police officer was able to arrive on the scene pretty quickly. The cop snatched Pierre by her arm and asked her repeatedly, “What is wrong with you?”

Pierre’s actions have proven very damning for her and her family. Her children have since been placed in the custody of the Department of Children and Families.

Violence has been on the rise as more passengers react aggressively and violently to the COVID-19 restrictions that have been placed on air travel. During a recent incident during a Southwest Airlines flight in San Diego, a passenger was caught on camera punching a flight attendant in the face and was subsequently charged with felony battery.

Now, the Transportation Security Administration (TSA) has announced that they will be resuming self-defense training for flight attendants and pilots to promote more safety as passengers retaliate with more violence.

Self-defense classes were put on hold during the COVID-19 pandemic in order to slow the spread of the life-threatening virus.

What do you think about this recent attack on an airline employee in Orlando?