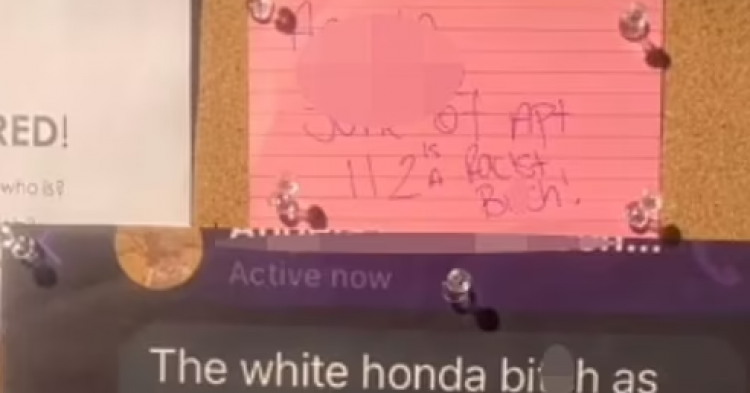 When she learned that her neighbor was a racist, TikTok user @Breezii_29 printed out Facebook messages and hung them all over the apartment building complex. The messages shared via Facebook were from the offensive neighbor and were littered with usages of the N-word. As a result of the posted messages, the racist neighbor was evicted from the apartment, according to the proud TikTok user.

“Meet my racist neighbor,” the 30-year-old said through TikTok’s text to speech feature. “She felt bold and comfortable enough to talk like this to other neighbors. So why not show the whole building what you’ve been saying.” 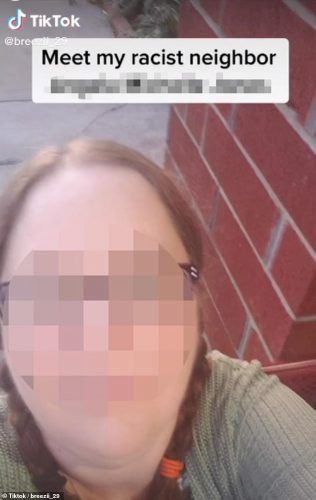 In the viral TikTok video, Breezii_29 shared an image of a white woman who was pointed out as the racist in question. The video also included a printout of the person’s Facebook profile picture to assure the other neighbors in the apartment complex that she was indeed the person who wrote the horrifically racist note on the app. 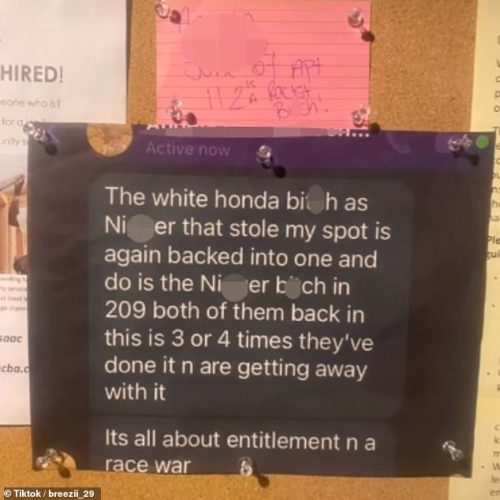 The message, which was a torrent of white rage, said: “The white Honda b***h as N***** that stole my spot is again backed into one and do is the N***** b***h in 209 both of them back in this is three or four times they’ve done it and are getting away with it. It’s all about entitled and a race war.”

The TikTok video explained that Breezii_29 printed out enlarged copies of the neighbor’s racist rant and posted them throughout the apartment to expose the person’s true beliefs. In addition to the Facebook rant, the TikToker also included the neighbor’s name and her image so there would be no question about who was saying the horrible things about Black people.

The Facebook messages were posted on the apartment’s bulletin board, on a window, and as well on the offending resident’s door inside the building in question. 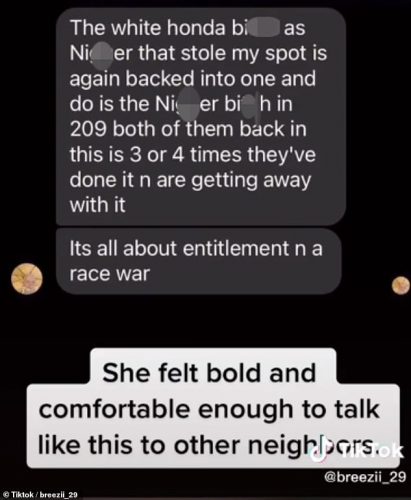 The racist neighbor is now “getting evicted” because of her racist rant. It was her “third violation” and pushed her over the edge of being able to stay inside the apartment complex. Due to her inability to withhold her bias toward Black people, the racist neighbor has been exposed and punished for her views by getting evicted.

“I hope you guys are happy,” the racist wrote. “I refuse to ever trust anyone here again.” 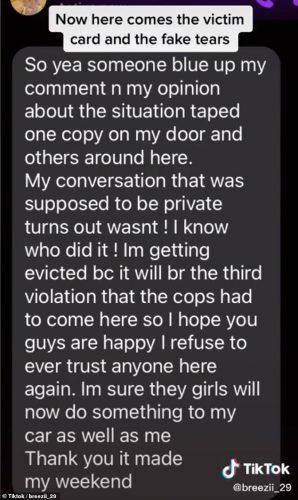 The woman who posted these messages all over the apartment complex can now sleep better at night, knowing that justice has prevailed and that her racist neighbor is no longer around. She was fully exposed, and the community made a united stand against racism in their neighborhood, which hopefully makes others think twice about being so vocal about their beliefs.

The TikTok video creator posted all of these messages to expose this woman’s true colors, and therefore she got evicted from her apartment because it was her third violation. She is now getting punished for her actions, and hopefully, the eviction will make other people think twice before they say anything about Black people or any other race in general.