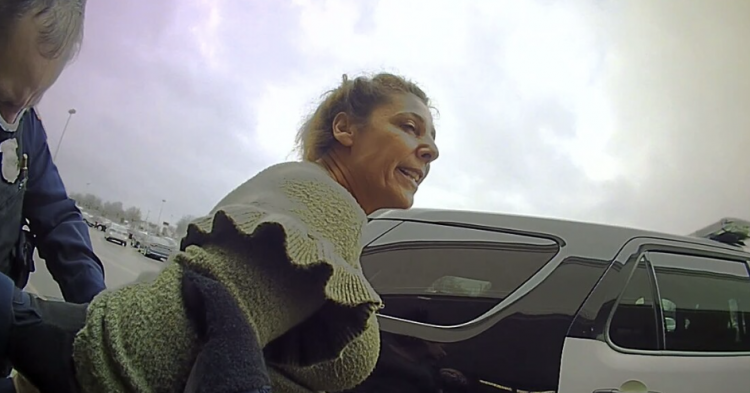 The internet was flooded with Karen videos throughout 2020. With racial unrest, the coronavirus, and the presidential election all going on at the same time, people were on edge. This meant that some people stepped forward to push their views onto others. These people were nicknamed Karen, which was a type of woman who called police on innocent people or who willingly spread disinformation.

Now, a new video from inside of an Ohio grocery store captures the moment when a 55-year-old woman refuses to wear a mask while shopping. Instead of respecting the policy, she flies into a rage that gets so extreme. Police have little choice but to haul her away in handcuffs. And to make the story even better, her name really is Karen. 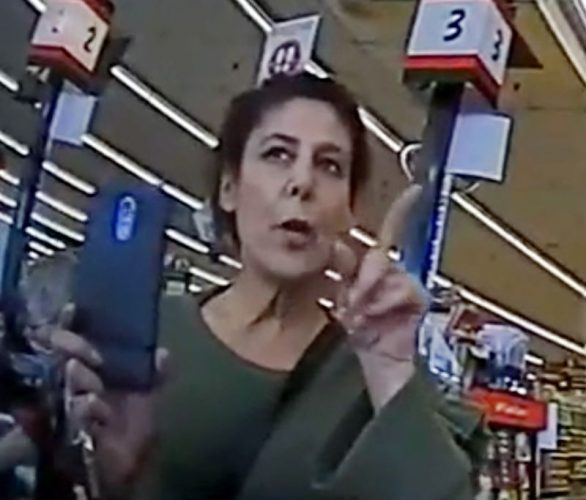 The grocery store incident occurred on January  18, 2021, in Brook Park. The suburb is located outside of Cleveland and is home to Karen Turner, the villain in this video. The footage shows Karen arguing with a police officer who arrived on the scene because she was unwilling to wear a face-covering while in the store.

The confrontation began when the store employee asked Karen to wear a mask if she wanted to continue shopping. The instigator, Karen Turner, refused to comply and became aggressive. Brook Park Police were called and arrived on the scene quickly.

“What’s the federal law that prevents me from wearing a face mask?” Turner tells a police officer. Karen recorded her own video on her cellphone. She then repeated, “federal law.”

Unfortunately, Karen’s remarks do not make sense. She probably means that the police officer cannot point to a federal law mandating that she wear a mask. Although federal law may not exist, Ohio enforces very strict COVID-19 guidelines, which include the requirement that everyone must wear a mask or face covering when in public. 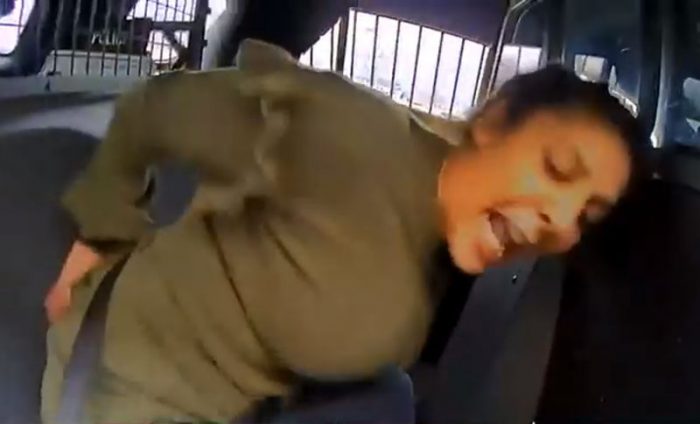 The requirements extend to instances that take place indoors and are not a residence as well as outdoors when six-foot social distancing cannot be maintained. Masks are also required of those riding or driving public transportation vehicles, including buses, taxis, and even ride-share services.

Ohio Gov. Mike DeWine issued the statewide mask mandate back in July 2020. Karen should have gotten the memo months ago that masks were required in Ohio.

Some people are not required to wear masks. These exceptions include children or people with medical conditions or disabilities. People leading religious services and those working for public safety can also go mask-free.

Karen does not fit into any of these groups. She simply did not want to wear her mask during the grocery store trip so she could make a point.

Karen Turner was charged with resisting arrest, criminal trespassing, and failure to disclose information. She has pleaded not guilty to the misdemeanor charges despite the damning body camera evidence provided by local police.

Turner posted a $5,000 bond and fled jail for the time being. However, she is scheduled to return to the Ohio court in February.

What do you think about her angry rant based on her ignorance of the situation?