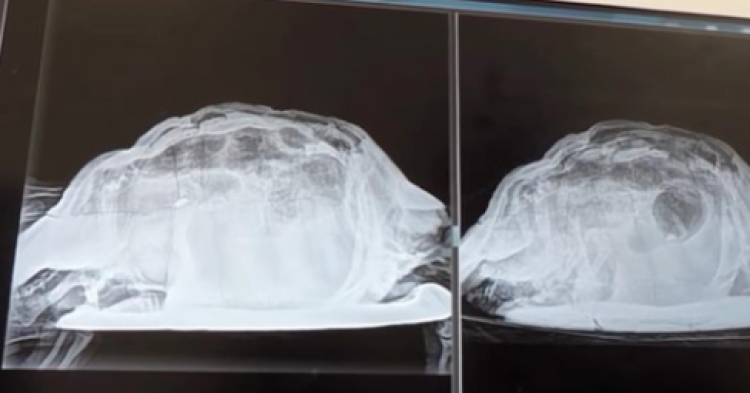 When a woman was suffering from severe pain in her abdomen, she tried to ignore it. Maybe it would just go away, and things would return to normal. Unfortunately, that did not happen. Instead, the pain became more unbearable, and the woman was unable to go about her daily routine. At this point, she decided it was high time to go to the hospital and get herself checked out – because what if there was something really bad going on with her insides.

The woman in question checked into the hospital on September 13, 2019. She had been partying with her friends on Tenerife, which is in the Canary Islands. For days after the crazy party, the twenty-six-year-old felt very sick and started suffering from increasingly more intense abdominal pain. When the pain got so bad that she could no longer move, she went to the hospital. But the source of the pain was something that she would never have guessed had happened to her – let alone could happen to any woman. 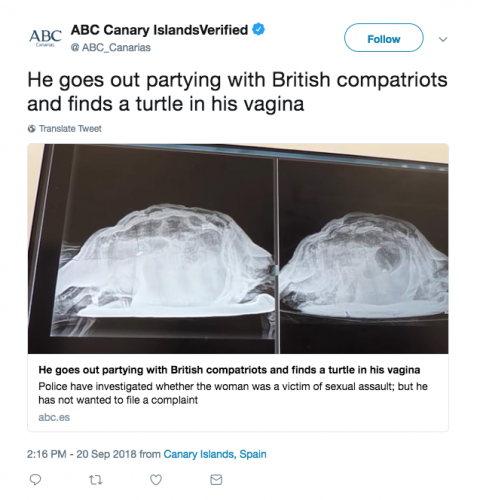 “Emergency physicians began to perform tests given the mobility problems presented by the patient,” according to ABC Canarias.

The doctors in the emergency room at El Mojon hospital in Arona found that the young party animal had a dead animal in her vagina. The creature was a Chinese three-keeled pond turtle that had somehow crawled up the woman’s vagina and died while inside it.

Because the woman had drunk herself into a stupor, she could not tell police what happened that night. However, she did know that she was out partying with “trusted” friends but had no idea how the turtle had got into her vagina. Did one of her “friends” put it there? Had she put it in there? Or maybe the turtle crawled into her vagina by itself, seeking a warm play to sleep.

However, authorities do not think the turtle got their alone. They suspect that this woman had been the victim of sexual assault. They believe that some prankster or abuser had shoved the turtle inside the woman without her knowing as a sick way for them to get their kicks at her expense.

Unfortunately, the woman does not remember anything from the night she drank too much. To protect her “friends,” she asked the police not to investigate the incident. She has refused to make a statement or come forward with her identity. Instead, she is letting the suspected abusers get away with the crime that resulted in her suffering from so much pain that she could not even walk.

“We are not actively investigating this matter because the woman declined to give a statement,” police said.

Because this woman went to the hospital after feeling intense abdominal pain for days only to learn that a turtle had been shoved up her vagina, her world has been rocked. Knowing that the likely perpetrator of the sexual assault was one of her friends was probably a tough truth to swallow for the anonymous woman. Hopefully, she is doing better and able to spend time with more trustworthy friends.