Woman Rams Into The Car In Front Of Her, Just Because She Didn’t Like His Bumper Sticker : AWM

Road rage is real, but most cases of it occur over stressful situations, such as driving in traffic and someone gets cut off by another driver. It’s rarely over a bumper sticker. Chloe Wright, from Taunton, Massachusetts, was so triggered by seeing a Trump sticker on the back of a man’s Jeep she became enraged enough to ram into his vehicle.

The incident was all caught on video from the Jeep owner. 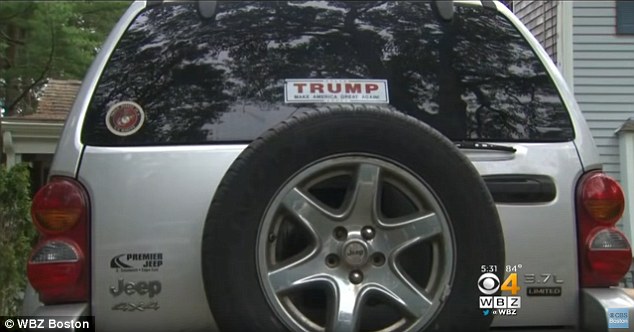 According to a report from WBZ, the victim, Brendan, was driving that evening, stopped at a red light when the driver behind him started honking the horn. At the next red light, Brendan heard a woman yelling at him and worried that maybe something was wrong with his car. He pulled over and got out, with the other driver, identified as Wright, asking him, “Did you vote for Trump?”

When Brendan told her yes, the woman became violent. He told WBZ: “I get out, and all of a sudden I hear, ‘You’re racist,’ and a bunch of cuss words.” He then decided to record her with his phone, capturing Wright driving around his car and ramming into his opened door.

She damaged his vehicle and almost ran over his feet. 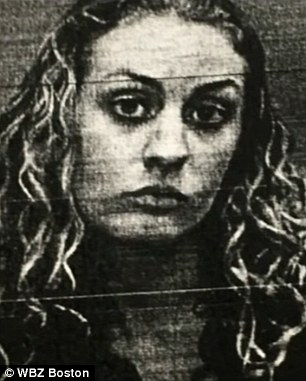 Wright was taken into custody a month after the incident, which occurred on June 30, arrested by Massachusetts State police after a random check of her license place showed that she was wanted on an open warrant. She pleaded not guilty in court to a charge of assault with a dangerous weapon, but also faces charges of vandalizing property and leaving the scene of property damage.

Many people weighed in with comments on social media and, in some cases, it got political, of course. One person noted, however: “Grow up people… just because you don’t like Trump doesn’t mean you should act like uneducated children… we Americans are better than this… or at least we should be.” 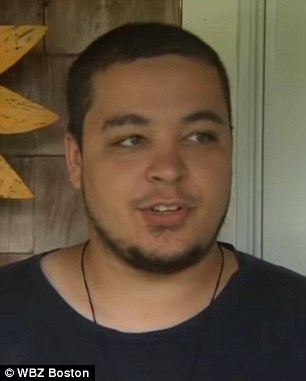 One commenter noted: “Listen, I’m not a Trump fan, but this is ridiculous. We cannot go around intentionally causing harm to one another because we have different political viewpoints.”

Others agreed, leaving comments such as: “I don’t like Trump either but that’s no reason to ram someone” and “It is never okay to damage someone else’s property because of who they vote for. Period.”

This commenter agreed, noting, “As much as I hate Trump, we can’t be doing this. We need to leave the craziness to Trump’s supporters. We can’t stoop to their level.”

Others couldn’t wrap their heads around why anyone would behave this way, with notes such as: “Crazy! Over a bumper sticker, she rams someone. Get a grip, be careful who you hit!”

Another person relayed being on the receiving end of similar frightening incidents over a bumper sticker on their car, noting: “This has happened to me, except my sticker says ‘IDK not Trump tho.’ Once I got ran off the road, a few times screamed at, and once someone with a trump sticker pulled in front of me and slammed on the brakes.”