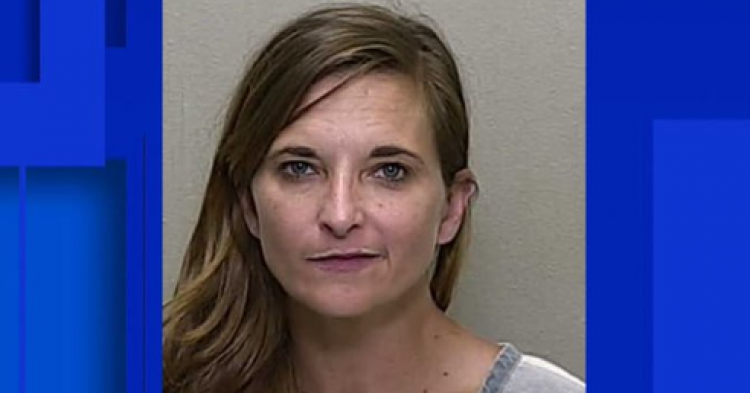 A Florida woman was charged and arrested for disorderly intoxication after her visit to a pool. However, the woman, 42-year-old Melody Carr, claims that the only reason the police got involved in the incident in the first place was that the manager of the pool “was jealous that her body looked good” in the two-piece bikini that left little to the imagination.

Carr was dressed in a skimpy bikini during her visit to the pool at the Country Inn & Suites. The 42-year-old woman was taking a break from her busy life to spend some time at the rental place and wanted to enjoy a day lounging by the pool.

However, the manager quickly took notice of Carr. The manager did not recognize the 42-year-old woman in the bikini because she had not seen her check-in at the hotel. She approached Carr and asked her to provide her room number so the manager could check to make sure she was not on hotel grounds without permission to do so.

According to Carr’s arrest affidavit, she became furious with the hotel manager and refused to provide her room number. Instead, she picked up her stuff and stormed off in a huff.

When the police arrived, Carr was outside of the hotel near a nearby Quinta Inn & Suites. She was walking her dog and apparently became verbally aggressive with the responding police officers. She even went so far as to claim that the manager of Country Inn & Suites had called the cops because the person was jealous of the way Carr looked by the pool in her skimpy bikini.

Carr explained that her boyfriend had rented a room at Country Inn & Suites but the pair had gotten into a fight so Carr left him behind in the room. She had no choice but to stay at the hotel because her car was not working.

Eventually, Carr got into a Mustang convertible and drove to a gas station. Police officers met her outside of the gas station and smelled her breath which stank of alcohol. At this point, the too-hot-to-handle woman was placed under arrest.

She claimed that she had consumed an alcoholic beverage at Country Inn & Suites at 9 am in the morning. However, she was unable to explain why her blood alcohol level was so high at the time of her arrest. She was taken to Marion County Jail where she will need to face justice for driving while under the influence of alcohol.

It’s unclear what will happen to Carr now that she’s facing charges but one thing is for sure, she probably won’t be able to return to Country Inn & Suites anytime soon. The manager who called the cops on her is likely still working there and would probably recognize Carr if she ever tried to come back. So, it looks like Carr will have to find a new place to stay if she ever wants to take another trip to Florida.