Woman Sues Ex-Husband For Child Support 50 Years After Divorce, Gets More Than She Expected 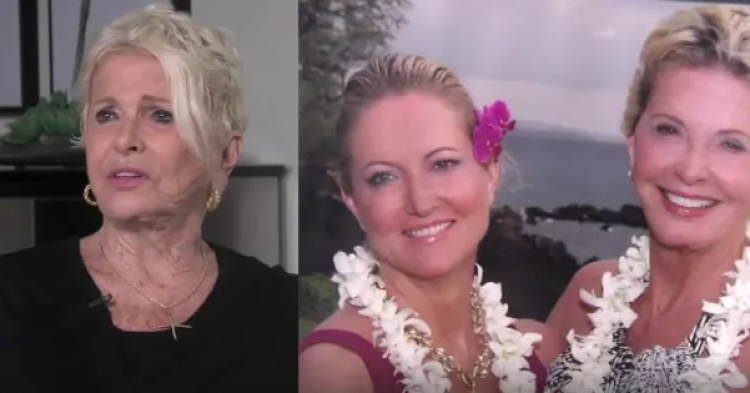 After learning that the court wanted him to pay child support, one dad decided to flee the United States of America rather than pay out of pocket to support the child he helped bring into the world. Although it has been fifty years since the couple got divorced, Toni Anderson, 74, of California, will finally get what she deserves after winning a settlement in court in which her ex-husband will have to pay her $150,000 in child support back payments after failing to provide support for decades.

Anderson’s ex-husband fled America for Canada about fifty years ago when he learned that he was expected to shell out a payment of $160 dollars per month to help cover expenses for his child. For years, Anderson struggled to make ends meet and really needed the child support payments from her ex-husband.

However, she never received a dime from the evasive man. Nevertheless, she did an excellent job as a single mother raising her daughter, Lena. She encouraged the girl to go to Paris, France, for college and even helped her land a career job at a Los Angeles interior design firm – the same company where Anderson worked before retiring from her career. Now that she is retired, she felt it was finally time to call her ex-husband to task and get him to pay the money that he owed her.

Anderson had an epiphany recently that her husband should have still paid her child support even though he had moved to a different country. So, she decided to pursue legal action against the man and brought him to court to see if she could get the American legal system to award her child support back payments.

After years of missing child support payments, the $160 per month that Anderson’s ex-husband was expected to pay has accumulated to a sum of $170,000. The man, Donald Lenhart, hired lawyers to help him fight his ex-wife’s charge but only managed to reduce the total to $150,000. He has since relocated back to the United States, choosing to reside in the state of Oregon.

Anderson is proud that she took matters into her own hands and brought her ex-husband to court to get him to pay her the child support payments she was owed. Lenhart was lucky that his wife did not try to take things further because failing to pay child support payments is a federal offense that can carry a stiff penalty, which includes potential jail time.

If Anderson had not settled with her husband in private, Lenhart’s case would have been considered a felony because he fled the country for more than two years to avoid paying child support. Although he will have to cough up the large sum of $150,000, Lenhart is lucky because he managed to avoid jail time for the crime he committed against his ex-wife and daughter.

Do you think this single mother got what she deserved?