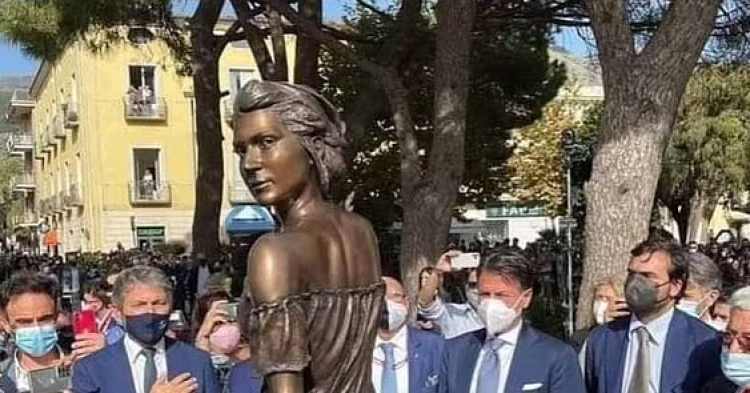 Critics are crying “sexism” after a new statue was unveiled in Italy over the weekend. Although the statue, which features a peasant woman, was designed to honor a poem from the 1800s, many people found the depiction “offensive and humiliating” because it shows the scantily clad woman in a transparent dress tightly clinging to every contour of her body. Former Italian Prime Minister Giuseppe Conte was the one to unveil the bronze statue in Sapri, southern Italian, on Saturday.

The poem being honored was written in 1858 by Luigi Mercantini and is entitled “La Spigolatrice di Sapri” (The Gleaner of Sapri). The poem is about an invasion of the Kingdom of Naples that was doomed from the start. The poem is written from the perspective of a peasant woman who happens to see an approaching boat loaded with hundreds of men under the leadership of Carlo Pisacane, and they are all ready for battle. 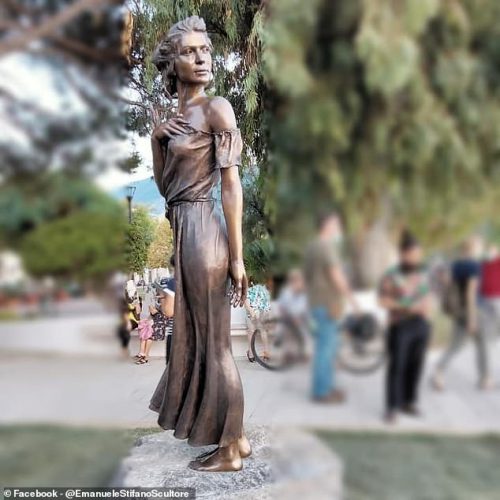 In the poem, the peasant woman befriends Pisacane, and they fall in love. She joins the combat as she poetically narrates their bloody defeat.

The bronze statue was created by Emanuele Stifano. Online critics called it a travesty, while a group of female politicians in the country wants the statue removed immediately. Critics are calling it “offensive and humiliating” to women.

These critics, who are from the Democratic party in Palermo, said it was “deeply sexist” and had nothing to do with the poem.

“Once again, we have to suffer the humiliation of seeing ourselves represented in the form of a sexualized body, devoid of soul and without any connection with the social and political issues of the story,” the group said in a statement. “This is nothing short of male chauvinism, which must be rejected with the utmost firmness.”

Another liberal critic, Laura Boldrini, called Stifano’s statue “offense to women the history it should celebrate.” She also turned to Twitter to express her views, writing:

“But how can even the institutions accept the representation of a woman as a sexualized body?” 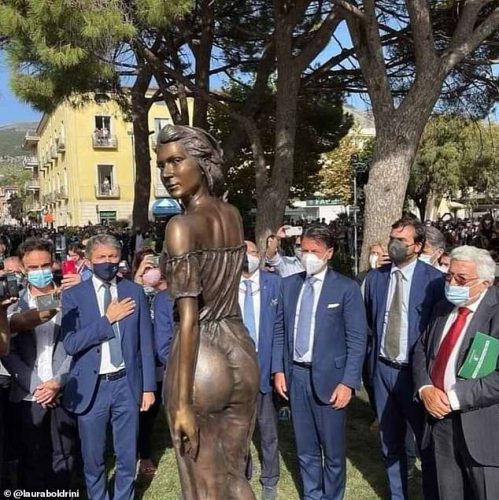 When Conte was unveiling the statue, he was surrounded by a group that was mostly male. Critics pointed out that women were not fairly represented during the statue’s unveiling, which was just another example of gender inequities in Italy.

Other people expressed their views on social media, proclaiming that they didn’t see any connection between the statue and the poem.

“I like both [the poem and the statue], but can’t see the connection.” one person contributed.

Another added: “Only in Italy a statue of an agrarian laborer, in memory of a massacre of 300 ppl, could take this form. 2021 in #Sapri.”

Meanwhile, Stifano, the artist, has defended his work in a statement published online, writing that he “always tends to cover the human body as little as possible, regardless of gender.” He added that he wished to make the statue “completely naked… because I am a lover of the human body.”

Instead, he wanted to give the statue a light dress that could blow in the sea breeze. The transparent design of her dress was approved by authorities in Sapri as its purpose was to “represent an ideal of a woman, evoke her pride, the awakening of a consciousness.”